With Ganesh Chaturthi 2017 coming up on August 25, it is time to get ready to visit some of the most famous and divine temples dedicated to the elephant god. If you are in Pune or plan to travel there anytime soon, here are the famous Ganesh temples in Pune you cannot miss. 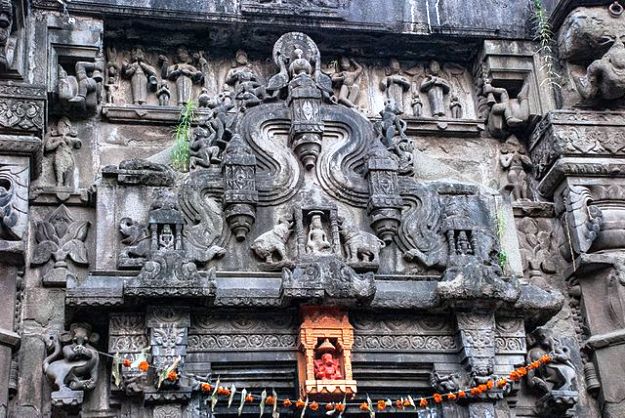 It is that time of the year when Maharashtra’s favorite god comes to the home of devotees and to obsessively decorated Pandals in communities across the state. Ganesh Chaturthi is arguably the biggest cultural festival in Maharashtra, and it makes sense that Pune, the cultural capital of the state, celebrates this 11-day festival in a huge way. Starting from August 25, you will find Pandals with idols of the elephant god all across the city, but Pune has its share of iconic, even historic, Ganesh temples worth visiting. So in the spirit of the great festival, we shine a spotlight on the most famous Ganesh temples in Pune. ALSO READ: Ganesh Chaturthi 2017: Famous Ganesha Temples in Mumbai That You Must Visit Also Read - Compassion in Times of Corona: Pune Auto Driver Uses Money Saved For His Wedding to Feed Migrants 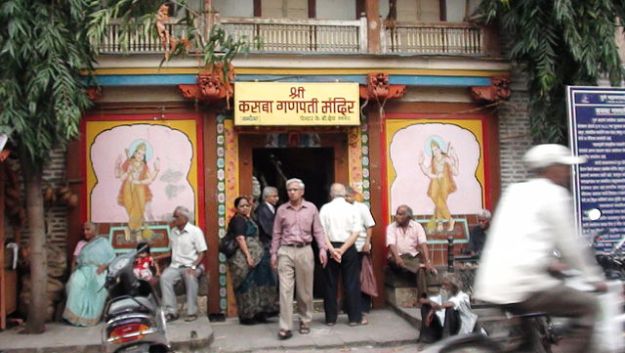 Let’s start with the savior and protector of the great city, the Kasba Ganpati. Located near the historic Shaniwar Wada fort and palace complex at Kasba Peth, the temple is said to hold the first ever deity of the god in the city. It was supposedly built by the mother of Chhatrapati Shivaji, founder of the Maratha Empire. The Queen regent Jijabai ordered the temple to be built after the king’s teacher, Dadaji Konddev, told her of an idol he had found. The temple later became famous for being the place where Lokmanya Tilak celebrated Ganesh Chaturthi as a means of asserting independence from the British. Also Read - Maharashtra to Extend Lockdown in Mumbai, Pune by 2 More Weeks: Reports 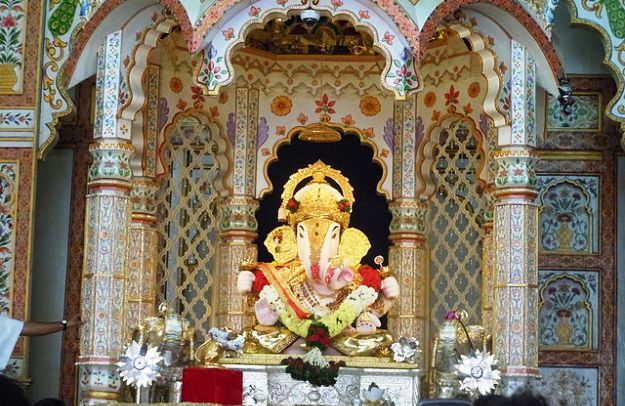 The Dagadusheth Halwai Ganpati Temple is just as prominent as the Kasba Ganpati temple and is famous across the country. It is also one of the richest temples, and that shows in the splendor and scale of its architecture. Located in Budhwar Peth, the temple sees thousands more pilgrims coming to its gates during Ganesh Chaturthi. The architecture outside is intricate and beautiful, and the main idol of the god inside is said to be made of solid gold. Ganesh Chaturthi is pretty much the best time to visit the temple, when it is decked up with flowers and multi-colored lights. CHECK OUT: Ganesh Chaturthi 2017: Famous Ganesha Temples in Goa Also Read - Wedding in Times of Corona: Pune Cops Step in as Bride's Parents to Get Couple Married Amid COVID-19 Lockdown

The Dashabhuja Temple along Karve Road in Pune holds a very special place among residents of the city, and is an important pilgrimage site for Puneiites. Very little is known about the origins and history of the temple and its idol. Some say that it was built by the famed Sardar Haripant Phadke, who served in the court of the Peshwas. What makes this temple so famous is the presiding deity inside. The idol of Ganesh seen here has his elephant trunk resting on his right-hand side, which is supposed to be rarer and more sacred than other forms of the idol. Do not miss the evening aarthi that takes place during Ganesh Chaturthi here. 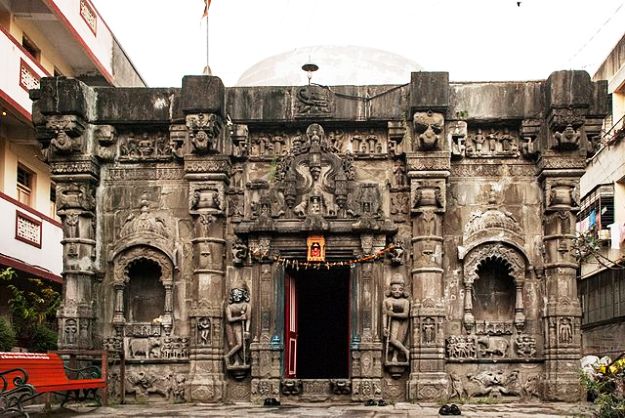 The Trishundya Mayureshwar Ganapati Temple lacks the opulence and fame of the Dagadusheth Halwai Ganpati Temple, but its richness lies in its architecture and history. The Trishundya Mayureshwar Ganapati Temple was built in the years between 1754 to 1770 CE by a certain Bhimjigiri Gosavi, with inscriptions in Sanskrit, Devanagri and Persian to commemorate its construction. The idol inside shows Ganesh with six hands and three trunks, seated on a peacock, which is something you cannot find anywhere else. Located near Kamala Nehru Hospital on Somwar Peth, the temple is small but well worth the visit for its uniqueness. 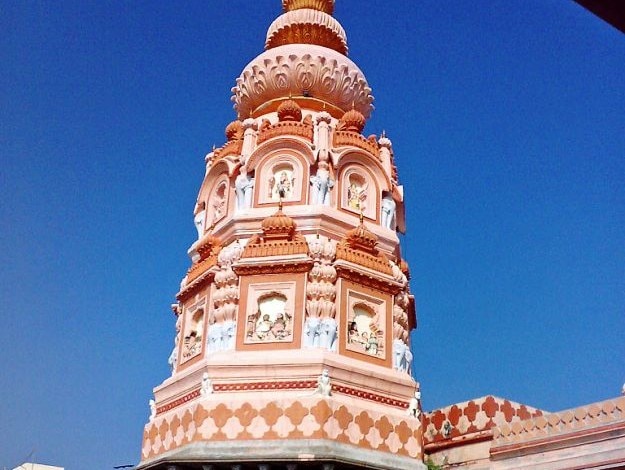 We are kind of cheating here with this entry, but the Moreshwar or Mayureshwar Mandir in Moregaon deserves a special entry. It lies within Pune district, just 65 km from the main city. More importantly, it marks the point where you start and end the revered Ashtavinayaka pilgrimage of eight divine Ganesh temples in Maharashtra. Built with black stone and with four gates, the temple bloomed under the Peshwas and with the patronage of Morya Goswami. It has four minarets, and the idol inside is made of a five-metal alloy, armed with a spear and with a cobra around his head. ALSO READ: Ashtavinayak: A tour of eight abodes of Lord Ganesha 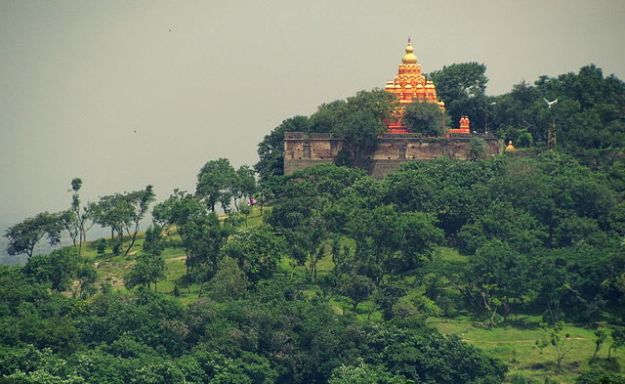 Another historical pilgrimage site in Pune, the temples atop Parvati Hill in Pune venerate the gods Vishnu, Karthikeya, Parvati, Ganesh and Devateshwar. The temple, accessible by climbing 108 steps (considered a holy number in Hinduism), was once reserved only for the royal Peshwas. The temples here, including the Ganesh temple, is made in typical Maratha style with specialized stone. In the nearby Parvati Museum, you can immerse yourself further in the history of the temple with rare weapons, coins and manuscripts on display. And from an altitude of 2,100 feet, you get an incredible view of the city.