Ganesh Chaturthi 2017: Famous Ganesha Temples in Bengaluru That You Must Visit

As we get closer to Ganesh Chaturthi 2017, we look at some of the famous Ganesha temples in Bengaluru which will put their best foot forward for Ganpati celebrations. While some of these temples are known for their Ganesha idols, some are just too historic to miss.

Few Hindu Gods elicit the kind of love and devotion that Ganpati does. Every year, people of India celebrate the festival of Ganesh Chaturthi with a lot of fervor. They bring home beautiful Ganesha idols and install elaborate mandaps or pandals that become the center of prayers and devotion for the next few days. Ganesh Chaturthi 2017 falls on August 25 which is just round the corner. The festive ambiance is already in the air at several places in India. Pictures of Mumbais Lalbaughcha Raja 2017 have already gone viral. Places like Mumbai and Pune are home to several famous Ganesha temples which will all be well-decorated for Ganesh Chaturthi. While the state of Maharashtra is where the best Ganesha celebrations are held, Karnataka is not far behind. Ganesh Chaturthi celebration in Bengaluru is quite extraordinary and this year, the city is going eco-friendly with several clay idols over the PoP idols. Other than the vibrant festivities at mandaps, pandals, and homes, an important characteristic of Ganesh Chaturthi celebrations are the decorations and prayer sessions at prominent Ganesha temples. Bengaluru is home to a number of temples known for their architecture as well as historic significance. Here are some famous Ganesha temples in Bengaluru you must visit this Ganesh Chaturthi. Also Read - Bengaluru Oncologist Raises Hopes, Claims To Be Close To Discovering A Cure For Covid-19 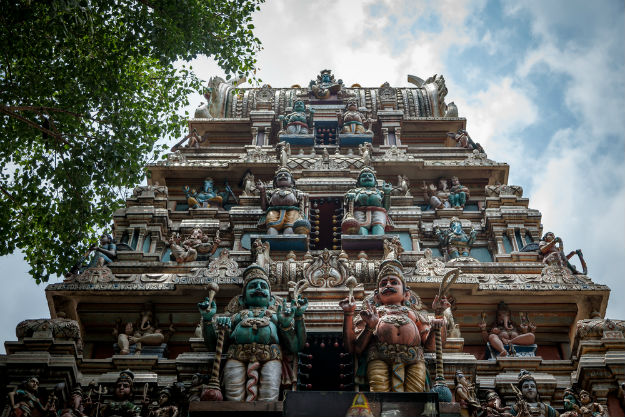 Also known as the Nandi bull temple, the Dodda Ganesha gudi in Bengaluru is located on a boulder hill. The temple is on the boundary of the popular Bugle Rock Garden. It is known to home one of the largest Nandi bull idols in the world. The Ganesha idol itself too is quite extraordinary with a golden lace and buttons and a butter coat of around 100 kg. Also Read - Bengaluru Police Will Arrest People With Home Quarantine Stamp if Found Out-of-Doors

Believe it or not, thats what this 600-year-old temple is known as. Legend has it that Kempegowds, the founder of the city, used to pay his respects at this spot, where the rock had a naturally-faced Ganesha impression on it, before he went for hunting. Later in the 20th century, Chamaraja Wodeyar would bring his new cars here for blessings. Even today, devotees bring their new cars here for prayers and blessings. 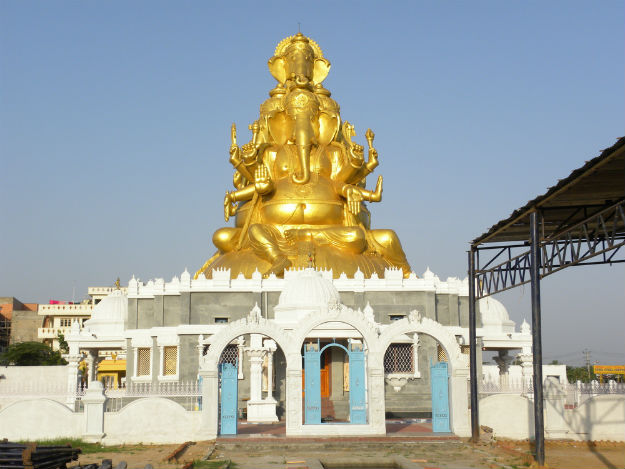 The Penta Ganesha or Pancha Mukhi Ganesha temple hosts one of the 32 revered avatars of Lord Ganesha with a lion as his vehicle (vahan). Located on the Bangalore-Mysore highway, the temple is famous for its five-faced Ganesha statue on the roof.

Knwon for its genteel, the Power Ganesha temple is one of the most visited temples of the city. The temple boasts of a Ganesha idol with diamond armour and head gear which can be seen by devotees on the occasion of important festivals like Ganesh Chaturthi.

All these Ganesha temples in Bengaluru are expected to be well-decorated and host wonderful celebrations during Ganesh Chaturthi 2017. So, if you are in Bengaluru for the festival, do not miss these marvellous temples in the city.