Ganesh Chaturthi 2017: Famous Ganesha Temples in Mumbai That You Must Visit

As we get closer to Ganesh Chaturthi 2017, we take a look at some famous Ganesha temples in Mumbai that you must visit at least once. Mumbai is the best city to witness Ganesh Chaturthi celebration in India and these temples are the best places to pay your respects to the famous Hindu deity.

Of all the festivals India celebrates, Ganesh Chaturthi is perhaps one of the most convivial and vibrant. It typically falls in the month of August-September which is the peak of monsoon in India. However, the rains hardly prove detrimental to the enthusiasm of devotees who sing, dance, and pray with all their hearts to welcome, pamper and then bid goodbye to their favourite elephant god. Ganesh Chaturthi 2017 falls on August 25. Like every year, Maharashtra is expected to host the best Ganesh Chaturthi celebrations. People bring home idols of Ganpati and install them in beautifully decorated pandals. Several housing societies host huge idols and also participate in processions across the city before submerging the idols on visarjan day. One of the cities in Maharashtra that hosts massive Ganesh Chaturthi celebrations with everyone from celebrities to locals participating in them is Mumbai. While the city of dreams and financial capital of the country is known mostly for Bollywood, Mumbai is also home to some famous temples that are worth visiting. During Ganesh Chaturthi, the city transforms into a lively hub of festivities. Pandals and housing societies aside, there are a number of magnificent Ganesha temples in Mumbai which are visited by several devotees during Ganesh Chaturthi. As we get close to Ganesh Chaturthi 2017, here are some famous Ganesha temples in Mumbai that you must visit. Also Read - Cyclone Nisarga Updates: Three Dead in Maharashtra; Power Supply to be Restored in Ratnagiri And Shrivardhan Soon

Also Read - Cyclone Nisarga: IndiGo Cancels 17 Flights to And From Mumbai, to Operate Only 3 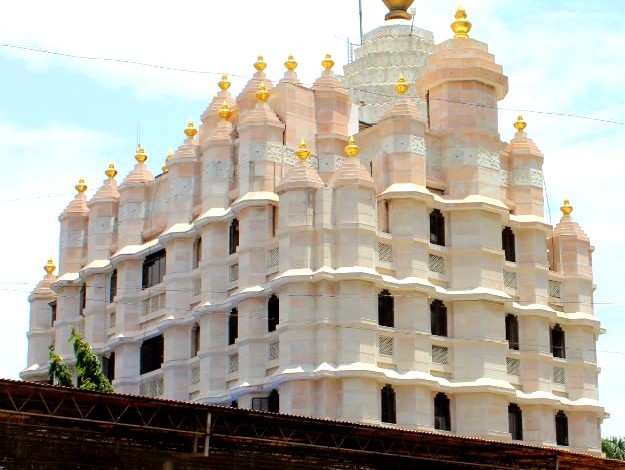 Perhaps one of Indias most popular temples, Shree Siddhivinayak Temple located in Mumbais Prabhadevi area is a prime Ganesha temple. It is visited by thousands of devotees daily, with Tuesdays being the busiest days. Built in 1801, the Siddhivinayak temple remains one of the most revered Ganesha temples in India. Also Read - 'Touching Gesture'! Narayana Murthy Touches The Feet of Ratan Tata And Twitter Can't Stop Hailing The 'Historic Moment'

Located in outskirts of Mumbai, Siddhivinayak Mahaganpati temple in Titwala is one of Maharashtras ancient temples. It is known for its typical Maharashtrian architectural style. Also called Titwala Ganpati, the temple is visited by a large number of devotees. There is also a Shiva and Laxmi temple in the complex. (ALSO SEE Ganesh Chaturthi: Four must visit places in Maharashtra)

Located in the Malad region of Mumbai, the Ashtavinayak Vasmati Ganesha mandir is one of the most famous Ganesha temples in that region. With intricately designed pillars and well-maintained interiors, the temple is visited by a number of locals on a daily basis.

In addition to these temples, almost every major temple in Mumbai has a small temple dedicated to Lord Ganesha. For instance, Mini Sabarimala in Kanjurmarg that is dedicated to Lord Ayappa has a temple for Ganesha which draws in many visitors. Similarly, the Babu Amichand Panalal Adishwarji Jain Mandir in Malabar Hill is a Jain temple with a special Ganesha idol. Come Ganesh Chaturthi and all these temples will be full of devotees lining up to pay their respects to their favorite Lord Ganpati.