Gangaur Festival is known for its cultural procession and Rajasthan is all set for its 2018 edition. Here are the details. 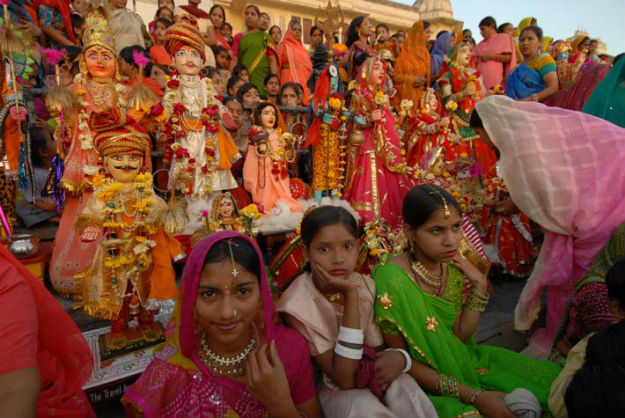 The traditional Gangaur procession with all its regal pomp and pageantry, will start on Tuesday, March 20 at 5.30 pm from the Tripoliya Gate (City Palace), winding its way through Tripolia Bazar and Chhoti Chaupar, Gangauri Bazaar to end at the Talkatora. Organized by the Department of Tourism, District Administration, Maharaja Sawai Man Singh II Museum Trust and Nagar Nigam, Jaipur, arrangements have been made for the tourists to photograph the procession from the terrace of the Hind Hotel opposite Tripoliya gate. Also Read - Rajasthan Political Crisis: Suspended Congress MLA Files Plea in High Court Seeking NIA Probe

Gangaur is celebrated in the month of chaitra (March-April), the first month of the Hindu calendar. This month marks the end of winter and the onset of spring. The festival is all about honoring Goddess Gauri or Parvati, and celebrating marriage and love. In this festival, both married and unmarried women take part in the festivities in full enthusiasm. As for the locals, Goddess Parvati represents perfection and marital love, this festival holds a lot of importance for them. ALSO SEE Mewar Festival 2018 in Udaipur: Date, Timings, Venue and Events Also Read - Rajasthan Crisis: 'Gehlot Government in Majority', Says State Congress in-Charge Avinash Pande

Over the years, numbers of festivals and fairs have changed in nature  however, the procession has retained its traditional charm. The tourists and visitors will get to witness the traditional dances and performances like Kachhighodi, Kalbeliya, Behrupia, Gair, Chakri, among others. 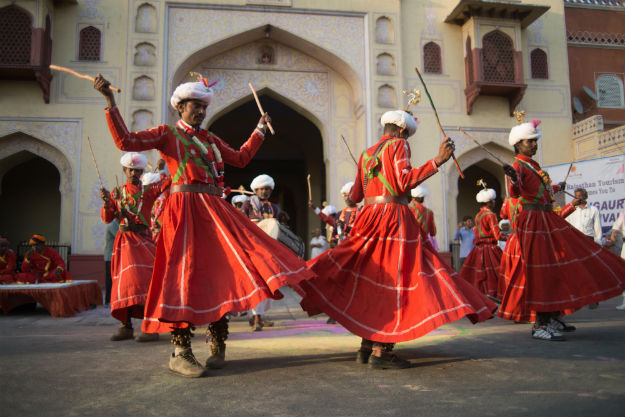 The procession will include the cannon carriage, decorated rath, ornamented horses and camels.The sawari of the Gangaur will be almost at the end followed by DhaletChobdar, women in traditional dress with Kalash and mounted police on horse. CHECK OUT The fascinating story of the abandoned havelis of Shekhawati in Rajasthan

Gangaur is one of the most colorful and celebrated festivals of Rajasthan. It is celebrated around the state. However, the most notable festivities happen in Udaipur, Jaisalmer, Jodhpur, Nathdwara, and Bikaner. Also in Udaipur, this festival coincides with the Mewar Festival which takes place during the two days following it.