Get Blown Away by The Artistic Collection at Meow Wolf: The House of Eternal Return

Check out this amazing attraction in New Mexico's Santa Fe. 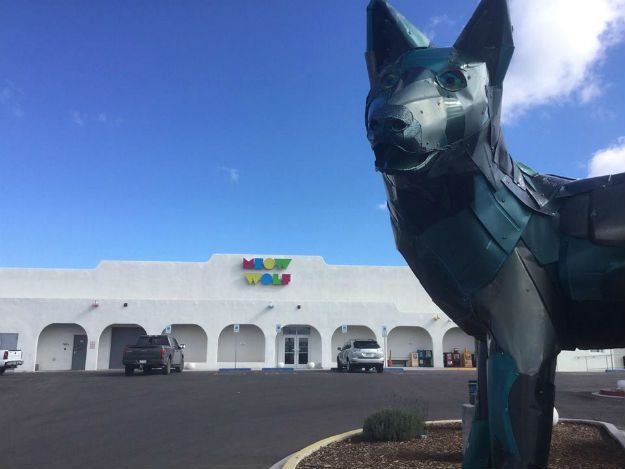 The US city of Santa Fe is well known for its art, history and old world charm. But amidst all this, lies a quirky art installation called Meow Wolf: The House of Eternal Return, which will immediately transport you into the unknown. Also Read - United States of America vs Windward Islands Dream11 Team Prediction Super50 Cup 2019: Captain And Vice-Captain, Fantasy Cricket Tips USA vs WNI Group B Match at Brian Lara Stadium, Tarouba, Trinidad 11:00 PM IST

Meow Wolf was formed in 2008 as an artist’s collective to supply the city with an alternative art and music venue. The collective kept holding shows by renting out temporary spaces. Also Read - Unemployment Rate in US Stays at 3.6 Per Cent With 75,000 New Jobs

But in 2016, “Game of Thrones” author and Santa Fe resident George R.R. Martin pledged $2.7 million and leased out an old bowling alley to create this 20,000 sq.ft permanent installation. Also Read - China Warns Citizens Against Travelling to US as Bilateral Ties Sour

Since then, Meow Wolf has drawn in thousands of domestic and foreign tourists.

“Santa Fe is known as an art city… Artists have been coming here since the early 1900s to create. Likewise, the Meow Wolf collective has drawn artists from all over the country. This group has a lot of upcoming projects and plans to expand,” a Visit New Mexico official said.

The installation has about 70 different rooms and once you go in, there isn’t a set map or a guide.

A person is supposed to traverse through this phenomena by exploring and touching all the things in and around while trying to get an idea of what is actually going on.

As I entered through a luminescent passage, I found myself in front of the house of the Selig family who disappeared one night after conducting a “forbidden experiment”. In the letter box were are few mails that gave clues about the family conducting the experiment.

The lights in the house, including contorted chandeliers, are very dim which immediately gives a very unpleasant feeling. There are video outlets on the walls which play footage of the family.

As I walked up the stairs, there were two bedrooms, one occupied by the parents and one by the twin children who were believed to have been evil and played a big part in the family’s disappearance.

All the rooms in the house including closets and the refrigerator, open into different portals. All the dimensions are connected to the story.

There were so many things to see here. I felt like a kid in candyland. So I made my way through the refrigerator that opened into a white space which had a very tall furry creature. The constant eerie music playing in the background adds to the eccentricity of the place.

Passing by the creature, I found myself in a luminescent forest, very similar to the one that’s shown in the movie “Avatar”. Everything glows here. The giant mushrooms when touched makes a sound. In between the forest, there is even a space for bands to perform live.

Some of the portals or installations include a room of mirrors, a monochrome bathroom whose cabinet opens into a small little passageway, a cabinet full of human hearts, a room with giant animal eyes and a glowing giant aquarium.

It is very easy to get lost here.

I kept winding up in the same place several times but managed to come out on the second floor of the house through the closet in the twins’ bedroom. The interesting thing I saw in the kids’ bedroom were smaller versions of some of the installations like the giant animal eyes which were in a book and the aquarium.

What one perceives in Meow Wolf is open to personal interpretation. What I personally felt was that the twins without permission conducted the experiment and somehow got everyone else in the family trapped in different dimensions. They can now only return to the real world if someone else reads the clues and reattempts the experiment.

Meow Wolf is literally like being a part of a science fiction movie. It is nothing like you’ve ever seen before. I am sure if Stanley Kubrick was alive, he would have turned this installation into a big budget Hollywood movie.

(Karishma Saurabh Kalita was in Santa Fe at the invitation of Brand USA. She can be contacted at karishma.k@ians.in)