Goa Carnival 2017: Everything you need to know about this festival in February

From February 25 to 28, Goa will witness a riot of colors thanks to the Carnival. 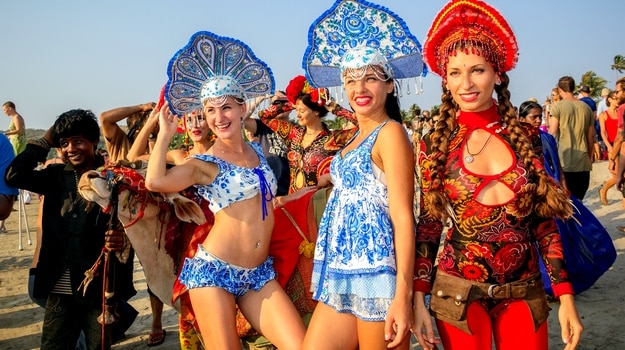 Goa is known for its beautiful beaches and chill vibe and most tourists who come here see only a part of Goa that is famous for these. However, there is a different side to Goa too that not many experience. There are numerous villages and cities that are steeped in culture and celebrate festivals with much pomp and vigor. On any other day, the villagers go about their daily lives that revolve around fishing, eating Goan food and making merry but during festivals, the spirit of Goa comes alive and the locals leave no stone unturned to have a great time. Goa Carnival is one such festival that is celebrated every year with much enthusiasm. Called Carnaval, its Portuguese name, it takes place in February every year and in 2017, the dates are from February 25 to 28. The four-day-long festival is highly awaited by the locals and preparations begin much in advance. Heres what happens during Goa Carnival. Also Read - Unlock 1 in Goa: Hand Sanitisers For Domestic Helps, Vigilance Team Inside Office Premises: Here's List of Guidelines For Housing Societies, Educational Institutions And Offices

The carnival is all about bright colors, celebrations, floats and traditional rituals that take place even today. It moves through all the major cities so if you are in Panjim during the carnival time, you will get a feel of the extravaganza first-hand. The carnival begins by choosing a large, old man to play King Momo. Derived from Greek god Momus, this person throws open the carnival and is later crowned which again is a very popular ceremony. He encourages people to eat, drink and make merry on the four days of the festival and also has a court that consists of dancers, fire eaters and other revelers. The festivities begin every day around 3 pm and last until evening. ALSO SEE Festivals and events in February 2017 Also Read - Question in Goa Board's Class 10 English Exam Stokes Fresh Controversy 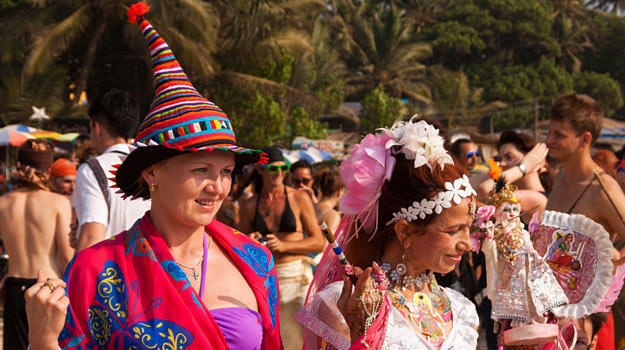 There is a parade that goes around town with people dancing along on the streets, entertainers showcasing their talent and people dressed in colorful attire to make everything look more merry. The float can be spotted in Panjim, Margao, Vasco and Mapusa.

It was the Portuguese who started this tradition when they ruled Goa and the Goans have kept it alive long after they left. Since the eighteenth century, Goa Carnaval has taken place and it is not just Christians who are a part of it. The reason behind the parade was it is a time to make merry and drink and eat to ones hearts content before Lent begins which is a period of abstinence. The State Tourism Department promotes the carnival in order to attract more tourists to Goa to see its cultural side. It is worth being in Goa during this time, afterall, Goa is the only state in the country where a carnival like this takes place.

Goa Carnival is incomplete without the popular crowning of King Momo and the Red and Black Ball that takes place on the last day. The ball takes place in the Club National which is in Panjim. People wear their best outfits and masks for this ball and enjoy to the fullest as this marks the end of the carnival. The festival is worth witnessing for its energy and enthusiasm.