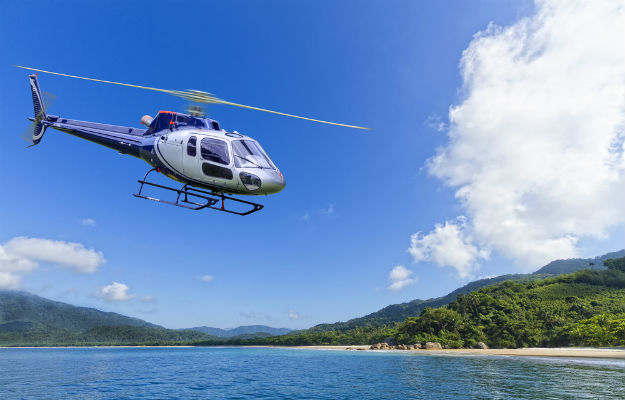 Heli-tourism is back in Goa, after facing popular dissent during its trial run in January. Also Read - Unlock 1: Goa to Follow All Relaxations Announced by Centre, No Inter-State Transport For Now

“We now have helicopter rides and hot air balloons which will be a huge attraction for tourists to Goa. There is a lot more to come in the months ahead and we are optimistic that all these new initiatives will go a long way in putting Goa on the map for world class adventure and leisure tourism,” GTDC chairperson Nilesh Cabral said on Monday. Also Read - Question in Goa Board's Class 10 English Exam Stokes Fresh Controversy

Heli-tourism is one of the newer initiatives of Goa Tourism.

A state known more for its beach tourism and night life, the authorities here are keen on providing a more diverse bouquet of experiences for the more than four million tourists who visit the state every year.

The heli-tourism sorties which were scheduled to start in January this year, however hit rough weather even before it started, with both the Opposition as well as local Bharatiya Janatra Party legislator Michael Lobo opposing the project at the Fort Aguada helipad located in the beach village of Sinquerim, 20 km from Panaji.

According to Cabral, nearly 75 passengers signed up for the sorties on the inaugural day of the heli-tourism service.

According to Shobhit Sawhney, general manager of Park Hyatt Goa Resort and Spa, heli-tourism would provide an enthralling experience for its guests.

“The heli-tourism will be an enthralling experience for our discerning guests and visiting tourists,” Sawhney said.