Back in May, Goa police began cracking down on those drinking in the state's sublime beaches. Now, the state government is close to issuing a complete ban on drinking liquor in any public space. 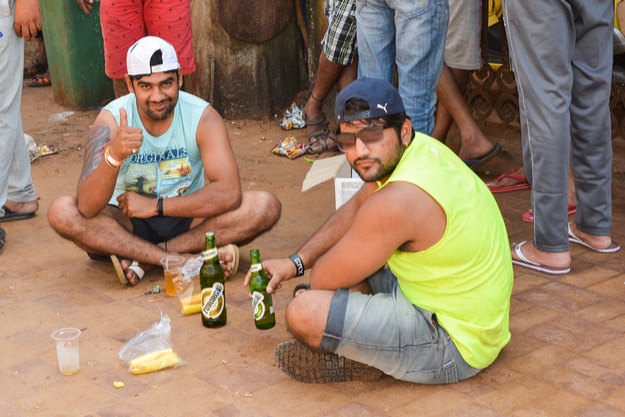 A few days ago, Goa’s Chief Minister Manohar Parrikar made a bombshell of an announcement by saying that drinking liquor out in public spaces would be banned in the state. He said that the government would issue a notification on this in the coming month. It’s a decision that’s giving a lot of people stress, something that Goa is supposed to give the opposite of. Parrikar has said that liquor shops will face fines and even licence cancellations if they let people drink near their establishments. For a state that is famous for chilled out, this is quite a shocker. ALSO READ: Best beaches in Goa: 22 stunning beaches in Goa you must visit Also Read - Marathi Language Day 2020: Govt to Table Bill For Making Marathi Compulsory in Schools Today

But this isn’t the first time that Goa has tried to stop public drinking. Back in May this year, the North Goan police ordered a crackdown on people drinking in beaches and public spaces. They cited complaints of broken glass in the beaches and sea water. Of course, drinking in Goa’s beaches has been banned since 2013, but it wasn’t being enforced enough. That ban was passed to stop littering in the beaches and drunkards from causing trouble to the tourists, especially women. The reasons for this government’s upcoming ban is more or less the same. Also Read - Indians Onboard Quarantined Cruise-liner Will be Back Soon: Envoy

Strangely enough, while all-chill, no-frill Goa is set to ban drinking out in the open completely, most of India has no such rule. Technically, drinking in public spaces is not defined as an offence in the Indian Penal Code. You do have zones in India specifically marked where you cannot buy, sell or consume liquor – Gujarat is a state famous for it – but otherwise there are no restrictions to drinking out unless you’re drinking and driving or causing a public nuisance. CHECK OUT: Goa other than beaches: 19 Unique things to do in Goa Also Read - Sara Ali Khan Rides Modified Tuk-Tuk as Brother Ibrahim Ali Khan Sits Back During Goa Vacay, Pictures go Viral

Of course, that doesn’t mean you should be taking swigs from your bottle of Merlot out on MG Road. Drinking in public is generally just not seen as socially acceptable in most of India. The best places to drink without getting into trouble are either at your hotel or home or at a bar or pub, especially in Goa with this new ban. And no matter where you are, drink responsibly and don’t litter.