Goa Tourism and the Art and Culture department are preparing for the Tripurari Purnima Boat festival, set to happen in the last week of November 2017. 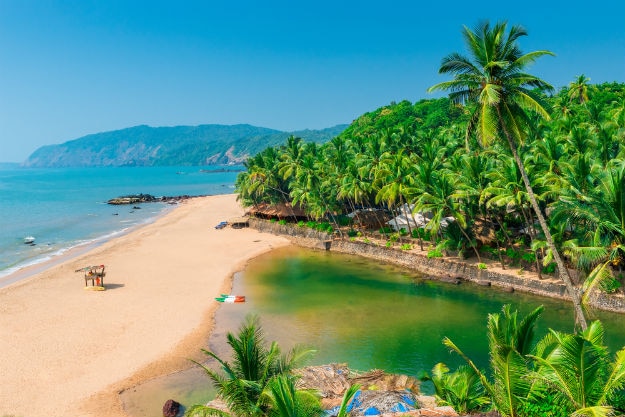 The last week of November 2017 will be witness to a rather odd festival in Goa: the Tripurari Purnima Boat festival. Tripurari Purnima is celebrated across India but is generally better known as Kartika Purnima. Recognized by Hindus, Jains and Sikhs, the festival is celebrated on a full moon day during the Hindu month of Kartik. It is also called Deva Diwali, or the festival of lights for the gods. For the rest of India, Kartika Purnima was on November 4, 2017. But Sanquelim, Goa will be celebrating a week-long festival in its own way next week. ALSO READ: Goa in November 2017: 5 Reasons to Visit Goa This November Also Read - Unlock 1: Goa to Follow All Relaxations Announced by Centre, No Inter-State Transport For Now

Organized by Goa’s tourism and art and culture departments, the festival takes place at Vithalapur village, along the banks of the Valvanti River. It official marks the end of Diwali, and brings in quite a few visitors interested in the festivities. The festival’s origins are linked to the mythical tale of Krishna, a Hindu god who defeated demons by releasing lamps on the river. For this reason, a common tradition during Dev Diwali is the lighting of lamps or diyas and placing them on a river or lake. Also Read - Unlock 1 in Goa: Hand Sanitisers For Domestic Helps, Vigilance Team Inside Office Premises: Here's List of Guidelines For Housing Societies, Educational Institutions And Offices

In Goa, however, something else is placed on the Valvanti River to celebrate the festival: miniature boats. These boats, made of various materials and in different designs, are floated on the river during the festival. A competition then decides the winning boat. Plenty of competitors come to the Valvanti River for the festival, and many more come to witness the creative, sometimes bizarre, designs. Of course, lamps are also placed along the river, illuminating the waters of Valvanti as it flows towards the Arabian Sea. Also Read - Question in Goa Board's Class 10 English Exam Stokes Fresh Controversy

Apart from the boat competition, the festival is also host to a number of cultural programs. After all, you cannot just stare at the boats all week long. Some well-known artists usually come to take part in the festivities, which includes musical performances by bands and individuals and traditional folk dances. You can catch performances of the Samai, Veerbhadra, Goff and Tonyamel at the festival. Fireworks are common too. NOW READ: Goa-Mumbai Ferry Service All Set to Begin in December 2017

You can catch the main festivities near the Pundalik Temple at the village. The Valvanti River is nearby. A palanquin carrying the idol of Krishna in the form of Vithal is brought out for the festival, with devotees chanting amidst tunes of traditional religious music. The idol is placed on the banks of the river until the end of the competition. On the evening of the procession, participants start their work on the competition. Some of them are miniature replicas of real ships, while others showcase the handicraft skills of the region.