This Goan fish patty now holds the Guinness World Record for being the largest. 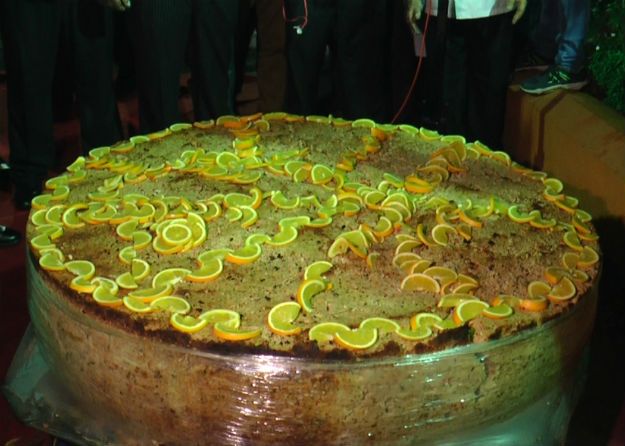 Literally speaking, seafood in Goa cannot get bigger than this. A nearly 300 kg fish patty made here now holds the Guinness honor for being the largest. ALSO SEE Hot Photos of Shenaz Treasury in Goa Will Spark Your Wanderlust Also Read - Marathi Language Day 2020: Govt to Table Bill For Making Marathi Compulsory in Schools Today

Months after making a bid for an entry to the Guinness world record, by crafting the world’s largest fish cutlet, a popular seafood snack in Goa, the record keepers at the Guinness World Records Limited, have adjudged a 296 kg fish patty as a world record. Also Read - Indians Onboard Quarantined Cruise-liner Will be Back Soon: Envoy

This has delighted the Mumbai-based Trinity, a hospitality, food and beverage company and chefs who participated in the mammoth effort.
The world’s biggest fish patty, which is 29 cm high and 122 cms in diameter, was slapped together in August 2017, at an indoor stadium near Panaji, by a team led by Trinity’s chairman Joseph Dias, a Goan by origin. Also Read - Sara Ali Khan Rides Modified Tuk-Tuk as Brother Ibrahim Ali Khan Sits Back During Goa Vacay, Pictures go Viral

The team also included chefs from several starred hotels, who are part of the Goa Culinary Forum, supported by local service and logistics providers.

“We have breached all parameters of the record as the requirement was 200 kg and similar seafood Guinness records have a diameter of three feet, with a height of around seven inches and weight of 136 kg,” Dias told IANS on Friday recalling the feat.

“We documented almost 12 hours of activity, with the Food and Drugs Administration, Weights and Measures department officers supervising and certifying the effort.

“Non-stop video footage, photographs, documentation, etc, then went back and forth, before the Guinness World Record authorities in UK confirmed and certified the fish patty so,” he added. CHECK OUT Vagator Images: Beautiful Photos of Vagator Beach in Goa Thatll Tempt You to Take a Trip NOW!

The world record effort was assisted by as many as 40 culinary professionals led by executive chefs of Goa, Prasad Paul of the Synergy Hospitality — The Pan Asian Hut, Saurabh Puri of the Caravela Beach Resort, Ranjeet Pandey of Holiday Inn, Sunit Sharma of Cidade De Goa, Manjit Singh of Holiday Inn, K.S. Mahesh and Chef Leon Pereira of Radisson Blu and others.

“The team toiled through preparing the fish and ingredients for about five hours and it took almost four hours to bake in an oven type contraption specially prepared for the occasion.

“After cutting, chopping, mincing, weighing and mixing the ingredients, the batch was put into the baking vessel with live coal underneath and left to cook on low heat,” Dias said.

“The fish patty, once cooked and measured by the Guinness authorities, was distributed to the exhibitors, business visitors and a substantial amount went to charity, which included a food bank for the poor,” Dias said.

“Italabs confirmed that the final product was fit for human consumption and of high nutritional value because of the quality ingredients used,” Dias said, adding that the idea of creating the world’s largest fish patty came about because the team wanted to give back to the Goan food and hospitality industry, which they had been a part of for more than a decade.