Going Back in Time: These Are 5 of The Oldest Cinema Houses in Mumbai

These are some of the movie theatres that stood tall for decades before multiplexes took over the town. 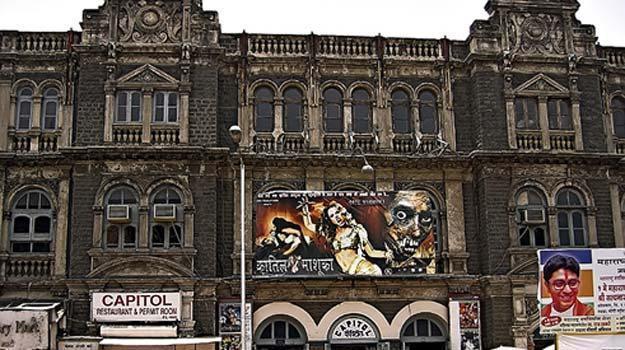 Mumbai has been home to over 50,000 movies running on screens of various cinema houses. In the early 1900s, most live performance theatres transformed themselves into cinema houses due to a lack of identity in the bustling world of motion pictures. In due course of time, single-screen theatres got left behind in the race that featured multi-screen cinema houses. These are some of the movie theatres that stood gloriously tall for decades before multiplexes took over the town. Also Read - Top 10 Most Popular Tourist Attractions in Mumbai You Must See

1. Capitol Cinema House Also Read - These 22 Beautiful Monuments of India Make us Proud to be Indians

It is by far the oldest theatre in the city. Established in 1879 at the then Victoria Terminus (now CST), Capitol was initially a performance theatre where several plays were performed during the British Rule. However, post the growth of films, the theatre was converted and movies were played on the single screen. As of this day, Capitol is not in its best shape but is yet a memoir from the past.

Located off the Lamington Road in South Bombay, this theatre was started in the year 1905. For the past 11o years, this is one of the only single-screen movie theatres in the city that has preferred screening Bhojpuri movies.

The cinema house initially screened documentaries made about Old Mumbai since 1911. It was only by the 1930s that upscale movies produced with actors and scripts were played at this monumental movie-house that is situated off Grant Road.

Named after King Edward, the theatre was started in the year 1914. The most famous show to date has been “Jai Santoshi Ma”. Situated near Dhobi Talao, this cinema house is yet appreciated for its architecture.

This Cinema House was started by a Parsi family in 1930 to encourage the poor to watch movies as they had an educative background in the past.