These inspiring travel photos of Gul Panag are all the Monday motivation you need. 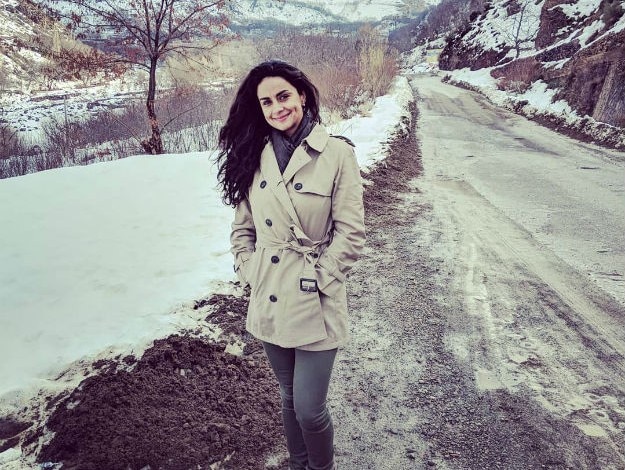 Lets face it. Few people living on this planet are as awesome as Gul Panag is. For starters, her Instagram handle description reads – Aviator, Actor & Producer, Entrepreneur, Automobile & Fitness Enthusiast, Biker, Adrenalin Junkie, Adventurer, Traveller, Student. I mean, come on! How cool is that! Gul rose to prominence when she won the Miss India pageant in 1999 and competed in the Miss Universe pageant. She later starred in the intriguing TV series Kashmeer which was well-received despite its offbeat plot. Her performance in Nagesh Kukunoors Dor was widely appreciated while she continued to host shows and appear in various brand advertisements. However, what we admire Gul the most for is her travel diaries. An extensive traveler by heart and soul, Gul has been to some of the most amazing places both for her work and her leisure trips. If you have not seen the traveler side of Gul Panag, here are some travel photos Gul has posted so far in 2018.

Gul started the year in the very cold Paris

From Paris. With love.

And then headed to Marrakesh for Marakkesheprix!

Another one from Marrakesh!

#bts There's fast cars, pit lane, grid walk, glamour. And then there is this back end infrastructure. #marrakesheprix #abbformulae #formulae

Gul gives you a glimpse of the stunning Atlas foothills!

A small glimpse of this stunning vista. An hour's drive from Marrakesh. These are the foothills of the Atlas Mountains.

And then there was this throwback to Barcelona!

#throwback to Barcelona ! Where I got my hands on the current season #M4Electro 6 months BEFORE the season startedCan you spot my name? Lot's of love and good wishes to @mahindraracing @gill.dilbagh

At work in Mumbai!

And then there was this throwback to her time at Chandra Tal in Himachal Pradesh!

And this one from when she was in the Andamans!

So Inspiring, isnt she? We love you, Gul!