Halle Berry is in Mumbai, and Nobody Noticed

Yes, we're late in telling you about Halle Berry traveling in Mumbai. But so was everyone else. The Oscar-winning actress made her way to the city and nobody even knew about it. 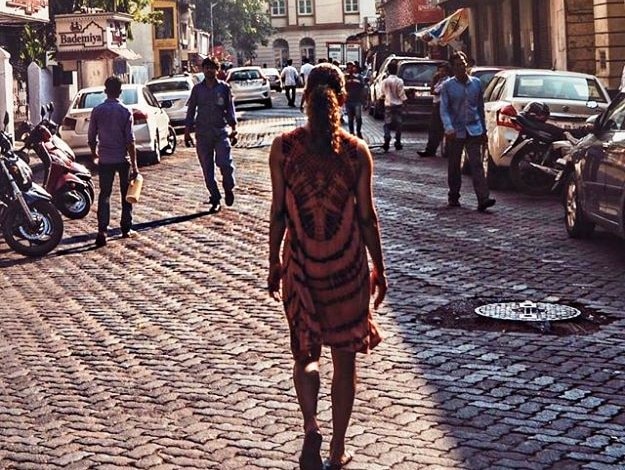 If it wasn’t for Instagram, we probably wouldn’t be aware that Halle Berry, the Oscar-winning actress of films like Monster’s Ball and Catwoman, is in Mumbai. Like every other Mumbaikar, she managed to blend into the city, its residents oblivious to the star in their midst. In a time where most celebrities announced their travel plans well beforehand and arrive with an entourage in tow to a city, it’s refreshing to see an actress of her star power come to India and explore the city without an army enough for a small country in tow. ALSO READ: 10 things you can do in Mumbai if you are alone Also Read - Cyclone Nisarga: IndiGo Cancels 17 Flights to And From Mumbai, to Operate Only 3

And she seems to have mixed well with Mumbai’s crowd, walking along the city streets completely anonymous

She seems to have also gone crystal shopping as well

Hopefully, Halle Berry headed out Elephanta Island, where the steps leading up to the ancient Buddhist caves are lined with stalls selling crystals of all kinds, colors, shapes and sizes. Each crystal, of course, has its own power and charm attached to it. And it doesn’t harm that the ferry ride to the island lets you see other sights of the city, including the Gateway of India, the Taj Hotel, the Middle Ground Coastal Battery island, Cross Island and Butcher Island. NOW READ: 7 things every girl must do in Mumbai along with her guy best friends

We don’t know if Halle Berry is here just to travel or how long she’s going to be in the city. But everyone is pretty happy that she’s here, and we hope she has a good time at the City of Dreams.