Shahrukh Khan rang in his 52nd birthday in his usual style; by hosting a bunch of his celebrity friends in his Alibaug home. 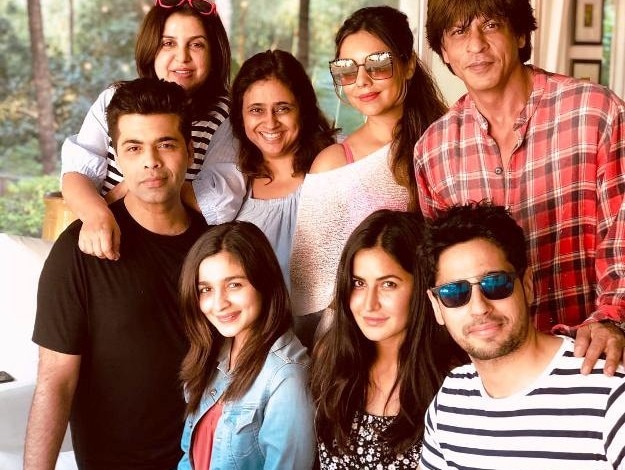 Alibaug, located along Maharashtra’s beautiful Konkan coastline, is a bustling coastal town with beaches popular among local and international tourists alike. The beach town is also the go-to party destination for a number of celebs, thanks to its excellent connectivity to Mumbai, the City of Dreams and home of the Indian film industry. And yesterday just so happened to be the 52nd birthday of one of the biggest celebrities in the industry, Shahrukh Khan. Like other birthdays, he decided to sail off to his vacation home in Alibaug, bringing along his closest friends for the celebration. And here are some pictures of his celebration. ALSO READ: Guess where Shah Rukh Khan brought in his 51st birthday! Also Read - What to do on a Quick Getaway to Alibaug

Here’s Shahrukh Khan with Gauri Khan and some his closest friends, including Karan Johar and Farah Khan

Speaking of beauty, Two of India’s most talented actresses in one shot

Gauri Khan with her friends at the party

And that’s Suhana Khan, SRK’s middle child, posing with Suzanne Khan and a couple of friends

Father and daughter strike a pose during the birthday celebrations

Despite the hustle of the town and the crowd at its beach, Alibaug has its corners of quietness, where you can simply listen to the waves of the Arabian Sea caress the coastline and watch the palm trees sway along with the ocean breeze. It is a perfect little destination for a quick retreat, and its resorts are just right for partying the weekend away for those special occasions, even if you don’t have a lavish house like King Khan. NOW READ: Mumbai to Alibaug via Car Ferry Will Become a Reality in 2018

Alibaug can be reached by ferry from Gateway of India, a route that SRK and his family and friends chose to take this year. Ferries and personal speed boats can take you to Mandwa jetty in around 45 minutes. From there, Alibaug is around an hour’s drive along patchy roads. From Rewas to Akshi and more, Alibaug has plenty of beaches nearby to choose from, and numerous resorts, hotels and homestays for accommodation of all sizes and budgets. In any case, the beaches are clean and charming, the people are warm and friendly and the food is to die for.