Today is Hartalika Teej 2017. Married women in north India observe fasts and conduct a puja to praise and please Goddess Parvathi in the form of Hartalika. It is a festival that celebrated the reunion of revered Hindu deities Shiva and Parvati. Here's all you need to know about Hartalika Teej celebration in India. 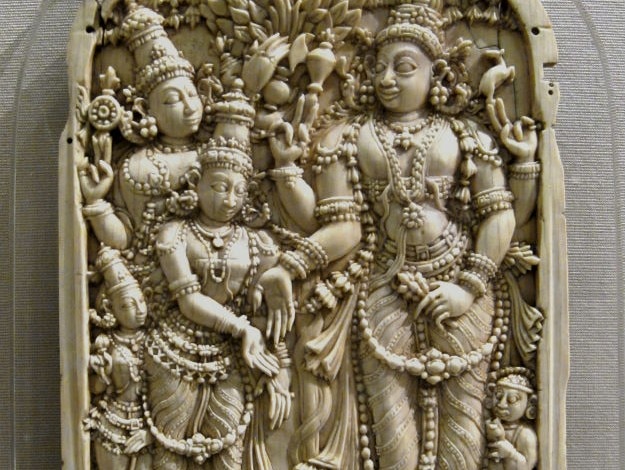 Monsoon in India is a welcome respite from the crazy summer heat but thats not all that it provides. The season also comes with its share of amazing Indian festivals which showcase age old Indian traditions and culture. One such festival is Hartalika Teej. Also known as Shiva-Parvati puja, Hartalika teej is primarily an auspicious day in the Hindu calendar. It is one of the four main Teej festivals celebrated by married women of the Hindu community. The other three are – Akha Teej, Hariyali Teej, and Kajari Teej. On the day of Hartalika Teej, women observe fasts and conduct pujas and rituals in honor of Goddess Parvati, whom Shiva desired to be worshiped in the form of Hartalika. It is believed that the puja is a celebration of their reunion. Hartalika Teej falls a month after Haryali Teej, another Hindu festival celebrated with great devotion by married women in India. In terms of the Hindu calendar, Hartalika Teej is on the day of Shukla Paksha Tritiya of Bhadrapada month. In astronomical terms, it is the third day of the bright half of the North Indian Lunar month of Bhadrapada. Typically, Hartalika Teej falls in the months of August-September. Hartalika Teej 2017 is on August 24. Also Read - Hartalika Teej 2017 Peda Recipe: Simple Steps to Make Peda for Hartalika Teej Prasad

Apart from observing fasts, married women in India also get together for prayer sessions and temple visits. The tritiya or auspicious time for the Hartalika teej puja vidhi is from 17:32 on August 23 to 16:57 on August 24. In this duration, most married women abstain from food. It is common to dress up in green saris and attend story sessions called Hartalika Teej Vrat Katha. The prayers sessions are characterized by chanting of shlokas and mantras in praise of Lord Shiva, one of the most revered Hindu deities. The main aim of this festival, pujas and Hartalika Teej fasting is for women to gain blessings of eternal marital bliss and health and prosperity for their husbands. Single women observe fasts too, but in their case, the aim is to get an ideal husband. It is common practice to avoid even a drop of water during fasting. Women form groups and stay up all night singing, praying, listening to mythological stories and even managing to share anecdotes and laugh out loud. The festival of Hartalika Teej is prominent mostly in the north Indian states of Rajasthan, Uttar Pradesh, Uttarakhand, Jharkhand and Bihar. Parts of Madhya Pradesh also host significant celebrations. In the state of Rajasthan, processions are held with a well-decorated idol of Goddess Parvati accompanied by music and songs. Also Read - Observing the Hartalika Teej Fast? Here’s What Happens to Your Body When You Don’t Drink Water for a Long Period

Also Read - Hartalika Teej 2017: Tips to Get the Traditional Look on Point for this Festival