Heading to Machu Picchu? Peru Wants You to Visit Its Sacred Sister Too 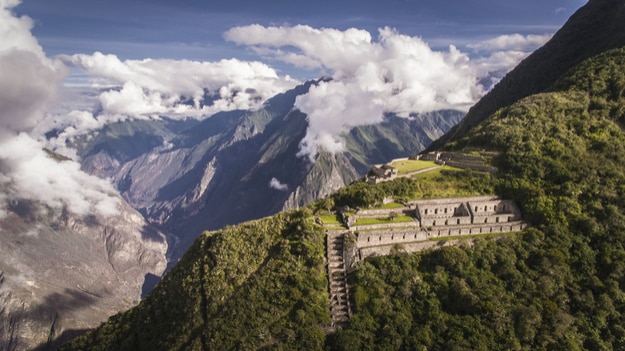 Choquequirao is an Incan site in south Peru, similar in structure and architecture to Machu Picchu. The ruins are buildings and terraces at levels above and below Sunch’u Pata, the truncated hill top

Spread across the top of the Andes mountains above Urubamba Valley in Peru, the ruins of the Incan citadel Machu Picchu is probably the most famous destination in the country. The citadel was built as a royal estate in the 15th century by the Incan Empire, but fell into ruins after 80 years, abandoned and left to the mercy of the mountains. But 50 years after it was first built, another citadel rose in a mountain top 60 km away. This citadel, Choquequirao, is Machu Picchu’s Sacred Sister but it hasn’t achieved the mainstream tourism success of its older sibling. That might change with new plans to promote the heritage site. ALSO READ: 15 awe-inspiring photographs of places you must visit before you die! Also Read - All You Need to Know About The Seven Wonders of The World

The Peru government is working on bringing Choquequirao to the mainstream through good old-fashioned marketing and by making it more accessible to travelers. The plan is to build roads that will connect Machu Picchu to its Sacred Sister, along with a cable car ride from the base of the valley to Choquequirao, which lies around 3,000 meters above sea level. Right now, travelers interested in visiting Machu Picchu’s Sacred Sister need to make a 60 km trek to the site and back, taking them through a canyon and across the Apurimac River. It takes five days to make the trek, which is difficult but offers incredible views of the Andes. Also Read - Peru, Colombia Pledge to Work Together to Protect Amazon Region

As for marketing, Choquequirao is being promoted as a big part of the government’s plan to increase tourism numbers twofold by 2021. The hope is that growing tourism will help boost the economy and reduce Peru’s dependence on the coal industry. But given the fragility of the Andes ecosystem, an increase in foot traffic to Machu Picchu’s Sacred Sister might also be harmful to the environment. Also Read - Willian Ruled Out of Copa America Final Due to Injury 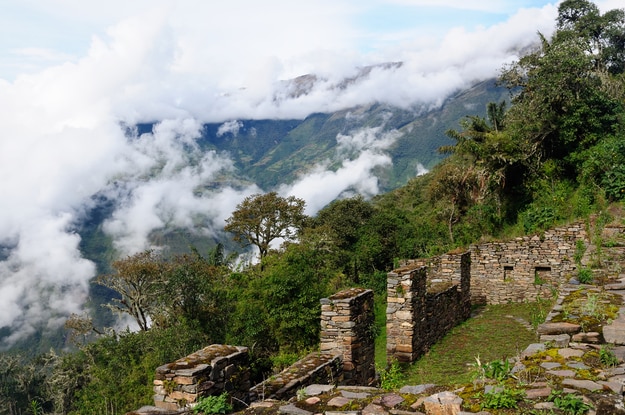 For now, Machu Picchu’s Sacred Sister still remains buried in nature in parts. The government has pledged money for working on the site and improving accessibility and infrastructure. Investments are expected to start in 2018. If Machu Picchu’s Sacred Sister is fully excavated and made accessible, travelers may be able to head out from from Machu Picchu and explore the site’s temples, fountains, stairs and terraces in a single day. CHECK OUT: 15 reasons why Peru is the best emerging tourist destination

Choquequirao right now sees around 5,800 visitors every year. The government expects this number to rise to around 150,000 within the first year after the cable car service starts. The aim is to bring in around 500,000 visitors per year in the next few years. This isn’t the only lesser-known site that the Peru government is focusing on; it already built a cable car this year to bring tourists to the ancient fortress of Kuelap. Peru seems keen on showcasing to the world the remnants and monuments of the first civilization in the Americas.

Interestingly, Choquequirao was rediscovered a year before Machu Picchu by the same American explorer, Hiram Bingham. He found Machu Picchu’s Sacred Sister in 1910, hidden in the jungles and overtaken by nature. Choquequirao, like its elder sister and other mountain abodes of the Incans, were abandoned after the Spanish Conquistadors’ invasions began. The Incan Empire that once spread from Santiago to Quito would eventually crumble, because of the Spanish invasions and the smallpox epidemic that they brought along with them. NOW READ: 15 most beautiful and breathtaking photos of places around the world you must visit at least once!

With Peru’s new plan, Choquequirao will be the last stop of a heritage tourist circuit that will showcase the wonders of the Incas. There will be new routes to make the walk to Machu Picchu and more parts of the mountain will be made open to exploration as well.