Shimla has been facing an acute water crisis and that has affected tourism in the region. 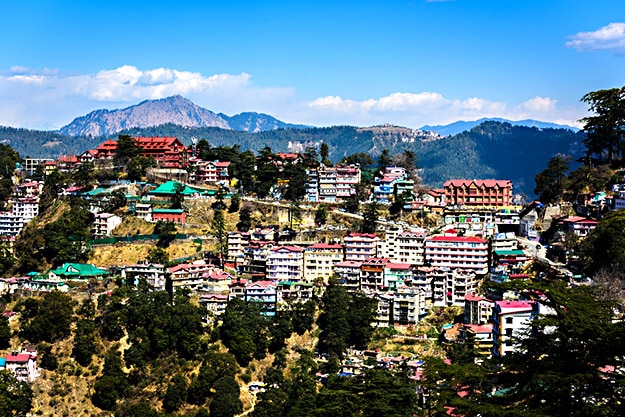 Shimla’s story from natural streams to water shortages is also the tale of indiscriminate constructions that turned the summer retreat of the then British rulers into a concrete jungle in the past few decades. Not many people know today that buried under the structures and layers of time is the natural water recharging concept introduced by the British colonial rulers almost 150 years ago in their erstwhile summer capital. ALSO SEE 5 Reasons to Visit Rewalsar in Himachal Pradesh

This summer, Shimla for the first time in its history saw an unprecedented water crisis resulting in widespread protests and even marches to the Chief Minister’s residence at midnight.

Despite the High Court’s day-to-day dos and don’ts to ensure equal distribution of potable water supply be it a VIP or the common man, water is still a luxury as it is being supplied once in three-four days for nearly 200,000 residents.

Rampant water shortage is forcing residents to lock their water tanks and the government to provide security to water supply employees.

Old-timers blame water crisis over the years to losing green cover and natural water streams and springs due to unplanned urbanization while water experts say deficient snow during the past winter triggered drought-like conditions this season.

“Not only Shimla but in its suburbs also all water sources have dried up,” long-time resident B.D. Sharma told IANS.

“I do remember there were a number of natural water resources about four decades ago which are not visible now. Some of them were at Combermere near the post office, the water of which had been used by locals.

“The same thing happened to other water sources, which dried up due to haphazard constructions,” said Sharma, a former Press Secretary to the Chief Minister.

Octogenarian Hira Negi, who is born and brought up in Shimla, said the environment-sensitive British ensured full protection of water sources by restricting human activity in the catchment areas and maintaining thick forest cover.

“The Britons had dug up several wells in the Mount Jakhu (the highest peak in the city) where the snow is stored during the winter. The wells helped recharging the ground water, which enabled spouting of perennial springs in the peak summer.

“Where have those wells gone? All of them have been gobbled up by these huge multi-storied concrete structures in the past three-four decades. The water in the remaining natural bodies is contaminated and unfit for consumption,” he added.

Similar is the fate of the Chadwick falls, deep inside the Glen Forests on the suburbs of Shimla, which disappeared silently.

“Enthusiasm was gushing in as my brother and I went rushing down the slopes in search of Chadwick Falls this summer, a spot from where our parents’ memories flowed,” said Rajat Sharma, who works with a multinational company.

“But after about half hour of intense search, we felt completely drained out. The fall of our memories was not there. Attribute it to natural causes or reckless urbanization, the search operation left us high and dry.”

As Shimla makes news for narrowly averting a Cape Town-like situation, water-starved residents turned to social media campaigns, asking the tourists to stay away from the northern India’s famed hill resort during the peak holiday season.

Members of the hospitality industry say over 50 per cent of the bookings, at the height of its tourism season, have been cancelled this month and chances of their return are bleak.

But a state Tourism Department spokesperson said the influx of tourists is picking up gradually and about a 20 per cent increase in hotel bookings was witnessed in the first week of June.

Overall, water levels in India’s major reservoirs are 10 per cent lower than normal whereas these are 50 per cent deficient in Himachal Pradesh, a factsheet by Climate Trends said last week.

Its study also highlights that India’s pre-monsoon season from March to May has seen 11 per cent less rainfall this year than the average, third year in a row.