Mumbai has been hit by heavy rains yet again, the worst since July 2005 when the city was flooded. These Mumbai rains photos by locals show how the city looks right now. 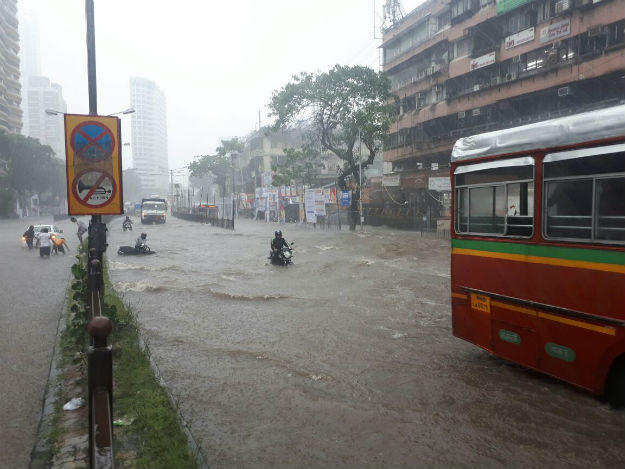 Mumbai has been hit by heavy rains yet again and if the MET department is to be believed, it is the worst the city has faced since the flood of July 26, 2005. The city is submerged with trains being put to an halt and rods water logged in most parts of the city. People who left office before lunch time have made it home but several of those who left after that are stranded somewhere along the way. Many have even chosen to stay back in office to avoid getting stuck in the middle of nowhere. This situation brings back memories of the rains of July 2005 which had caused massive floods in the city and incurred major losses to life and property. Several citizens of Mumbai who were on the road and at railways stations today took to Twitter to post the status of the city. The following photos in tweets will give you an idea of how Mumbai looks right now! Also Read - 'Touching Gesture'! Narayana Murthy Touches The Feet of Ratan Tata And Twitter Can't Stop Hailing The 'Historic Moment'

“We were pulled out of our car just in time by generous strangers.” ( Khar West , Mumbai. 4:30 pm ) pic.twitter.com/XfxOiE4uXn