Malta's famous Azure Window rock has fallen to the force of sea waves. 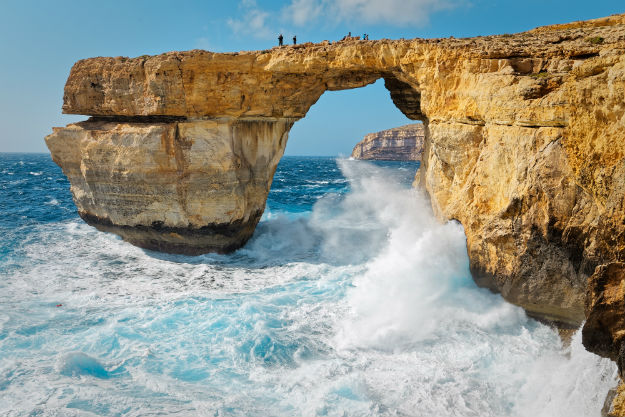 One of the most iconic sites of the planet, the Azure Window in Malta, has collapsed due to heavy storms. Having featured in the hugely popular TV series Game of Thrones, the Azure Window had gained popularity over the years as a tourist attraction. It fell to the crashing waves caused by heavy storms on Wednesday, the 8th of March 2017. The news was broken via a tweet by the Maltese Prime Minister, Joseph Muscat. He expressed how heartbreaking the news was and that reports of unavoidable natural corrosion had pointed towards this possibility in advance. ALSO SEE 15 most beautiful honeymoon destinations in the world that will take your breath away Also Read - Another Silver Lining in COVID Fight: Scientists Discover Proteins Which May Reduce Acute Inflammatory Response

The Azure Window, called the Tieqa tad-Dwejra in Malta, was a limestone arch located on the island of Gozo. It made for a fantastic picnic spot with the pristine blue waters as its backdrop. It served as a great attraction for tourists including photography and nature enthusiasts. The Azure Window was considered as an icon of Malta’s natural beauty. Several tourists who have visited it have vouched for its spectacular landscape and breathtaking beauty all around. When the rock arch fell, it was disheartening news for the island’s residents, hundreds of whom gathered to pay their respects. It’s also sad news for those who had the Azure Window on their bucket list. Looks like that one will now remain unchecked. Also Read - Ben Stokes is a Bit Like Virat Kohli, he Will Turn Out to be an Excellent Captain: Nasser Hussain