Helicopter Taxis to Begin in Bangalore Next Week

Bangalore is all set to provide a solution to its road traffic - the heli taxi service is set to begin next week. 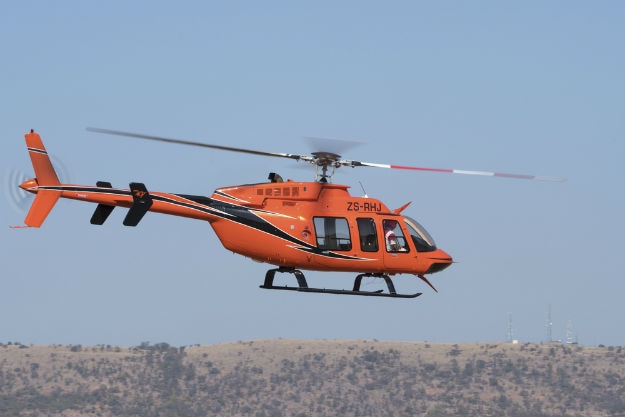 There are a number of things that people love about Bangalore. Its weather is perhaps no. 1 on that list. Its magnificent monuments and wide array of restaurants and cafes are other attractive factors. However, one thing that people absolutely hate about the city is its traffic. During peak hour, vehicular traffic congestion in Bangalore can be quite annoying. But there might be an excellent solution to this problem as early as next week. The helicopter taxi service is all set to begin in Bangalore next week. This will bring down travel time between Bangalores Kempegowda airport and the Electronic City from two hours to just 15 minutes. ALSO SEE Vidhan Soudha Images: 10 Amazing Photos of Bangalores Magnificent Parliament Building Also Read - Not Kidding: Condom Sales go up in Mumbai as Locked Down Couples Spend More Time Together

Two six-seater Bell-407 helicopters are to be used for this service. The helicopter taxis will be operated by a company called Thumby aviation. Operations will begin in two shifts  three round trips between Kempegowda International Airport (KIA) and Electronic City from 6.30 am to 9.30 am and another three round-trips from 3.00 pm to 6.15 pm. One trip will cost Rs 4,130 per person which will include the transport from the airport terminal to the helipad. 15 kg of carry-on luggage is permitted, and any excess baggage would need to be transported over ground at additional costs. Also Read - Best Places to Celebrate New Year in India

To make bookings, you would need to download the Heli Taxii mobile app. While the Fly Now option is currently unavailable (understandable as the service is not yet available), you can book using the Fly later option. The booking is self-explanatory with details like pickup and drop locations and luggage info. DO SEE Dubais Futuristic Hover-taxi Takes First Successful Concept Flight! WATCH VIDEO Also Read - Bengaluru is India’s Top-Ranked City in New Global Prosperity Index, Delhi and Mumbai Also Feature in the List

The government plans to open up as many as 90 helipads across Bangalore. Only time will tell how many can actually be implemented. For now, the airport to Electronic City service may provide respite from the heavy traffic faced by business travellers who suffer for brutally long hours on the Bangalore roads.