Karnataka is blessed with some of the most unique terrain in India. Here are the 10 best hill stations of Karnataka. 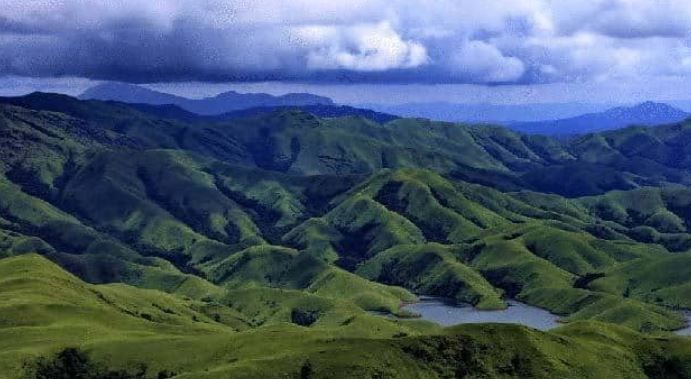 With the Arabian sea caressing its coastline and the Deccan Plateau on the other side of the Western Ghats that cut through it, Karnataka has a vivid landscape. The state has tall, roaring white waterfalls, lush green rainforests, mist-covered rolling hills and wide open grasslands. Every one of these is a treat to explore, but this time we are focusing on Karnataka’s majestic mountain valleys and the hill stations housed between them. The valleys of Kodagu, Shimoga, Chikmagalur and many others are home to all kinds of wildlife and beautiful views, and here are the 10 best hill stations in Karnataka that warrant a visit.
Also Read - From Coorg to Mount Abu, These Beautiful Destinations Are A Must Visit During Monsoons 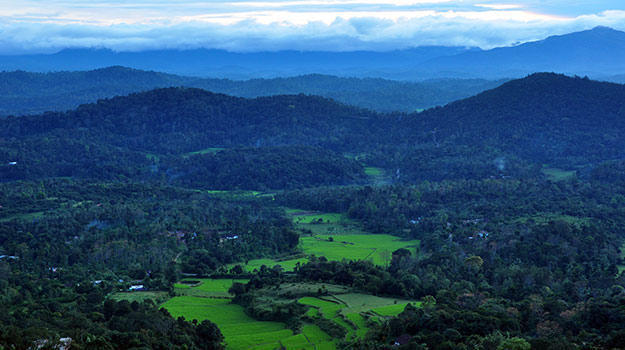 Popular for its spice and coffee plantations, Coorg is paradise for those who are obsessed about their caffeine. The place is often referred to as the ‘Scotland of India’ or the ‘Kashmir of the South’, but it has its own charm that has no comparison. Coorg has seen the rule of nearly every legendary South Indian dynasty, from the Cholas to the Vijayanagaras. Today, it is a haven for tourists and travellers. Tadiandamol and Pushpagiri are Coorg’s highest and second-highest peaks, and favoured tourist spots. The Nagarahole National Park can take you closer to some of the most exotic animals, including tigers, and the view from Abbey Falls should not be missed. Also Read - Top Romantic Destinations In India That Should Be On Your Travel List

Anthargange lies just around 70 km from Bangalore, and rises up to 1,712 metres above sea level. The hill station lies among the rocky hills of the Western Ghats, with several small caves that are frequent hosts to adventure activities. In fact, Anthargange is a common haunt for the city folk from Bangalore and makes for a great place to go rock climbing, trekking or exploring caves. Its name comes from a perpetual spring among the rocks, since the literal translation of Anthargange is ‘Ganges from within’. The Kashi Vishweshwara Temple at the hill also attracts the spiritually inclined. 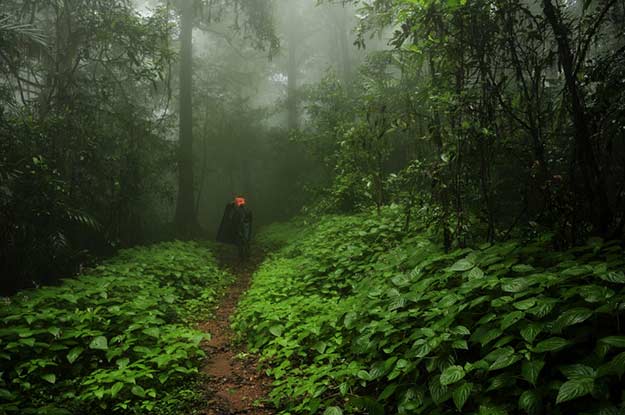 For the best hill station in Karnataka to visit in the monsoons, look no further than Agumbe. Located in the Shimoga district, Agumbe is considered the Cherrapunji of the South because it gets the most amount of rainfall for a hill station in Karnataka. In fact, the dense rainforests around Agumbe is home to the tenth-highest waterfall in India: Barkana Falls. The hill station is located at the top of the Someshwara Ghat and lies around 380 km away from Bangalore. It is famed for its biodiversity and beauty, with many of its plants being used for medicinal purposes. You can go trekking through its deep forests, with Sunset View Point and Onake Abbi Falls being popular spots. 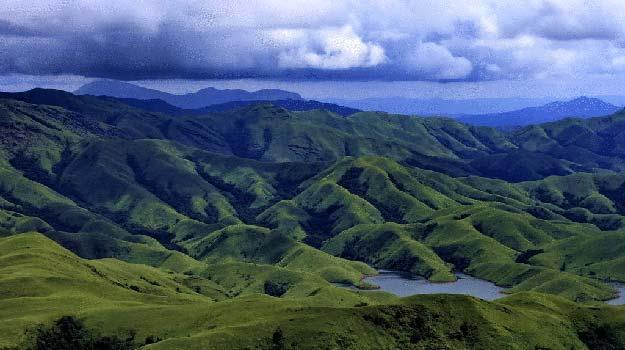 Kudremukh literally translates to “Horse face”, referring to a particular side of the mountain that resembles the face of a horse. But that is not the only thing that you get at the mountain peak located in Chikkamagaluru district. Kudremukh is actually part of a mountain range of the same name, and is the third highest peak in the state. For those who are wondering, Mullayangiri is the highest peak, followed by Baba Budangiri. Kudremukh is also home to a tiger reserve and national park across the Shola grasslands and forests, which always make for an exciting visit. 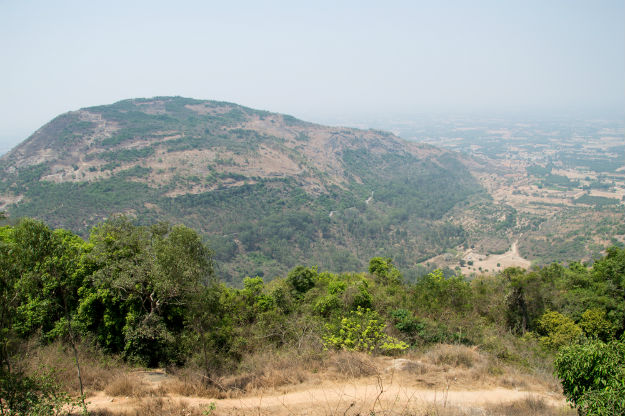 Nandi Hills is one of the most popular weekend getaways from Bangalore, if not the most popular. Located on a tall hill surrounded by monolithic granite rocks, Nandi Hills or Nandi Betta is also home to an ancient fortress with its own rich history. The rocky terrain of Nandi Hills make for perfect trekking trails, and the hillocks offer a great view of the plains around, covered by a layer of mist in certain seasons. The hill station is a pleasant visit through the year, and a view of the sunrise from here must not be missed. For the devotees, the Yoganandeeshwara Temple is an important shrine with a large statue of Nandi at its steps. 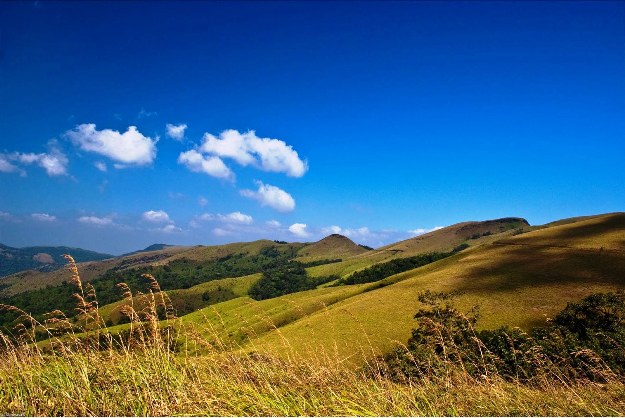 Within Karnataka’s Baba Budan range lies Kemmangundi hill station, also called Sri Krishnarajendra hill station. The Baba Budan range is also home to the second-highest peak in the state, Baba Budangiri. Kemmangundi offers a picturesque view of the mountains and hills surrounding it, and makes for a great destination for nature lovers. You can find several scenic gardens at this hill station, including the Rock garden. Kemmangundi also offers several trekking trails, picnic spots and nature walks like Z point, along with waterfalls like Kalahasti and Hebbe. In fact, the hill station is home to the Royal Horticulture Society of Karnataka, resulting in some truly spectacular gardens. 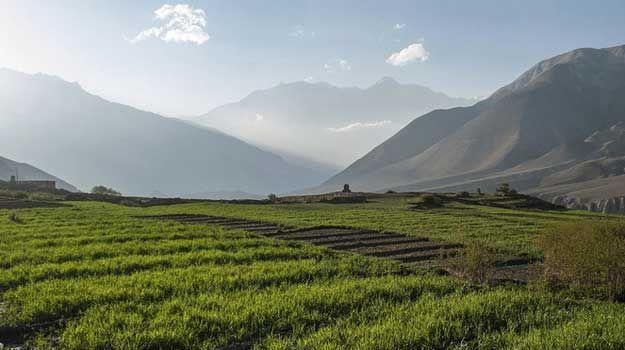 For the coffee lover, it does not get any better than Chikmagalur. The hill station is considered Karnataka’s own coffee land. Nestled within the foothills of the Chandra Dhrona hill range, which is home to the Mullayanagiri peak, Chikmagalur offers a view of the tall mountains around it. The hill station is surrounded by lush, dense forests and deep valleys, and has risen in popularity in recent times as a tourist hotspot in the state. It’s name translates to the “town of the younger daughter”, because it was offered as a gift with the marriage of the daughter of a local chief, Sakrepanta. Trekkers will relish climbing the slopes of the hill and the challenge of climbing Mullayanagiri. For the religious folk, there is the Siddheshwara temple, Kondadarama temple, Jamia mosque and St Joseph’s cathedral. 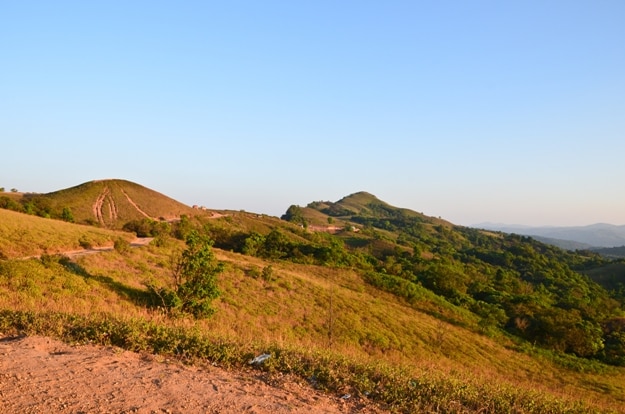 The hill station of Madikeri or Mercara is among the most beautiful ones in Karnataka. In fact, it is even called the Scotland of India by some, though that term has been used for a lot of places in India. The hill station is named after the Haleri king Mudduraja, who reigned from 1633 to 1687. Remnants of the hill station’s royal era still stand today, like the Madikeri fort. For the nature lovers, Madikeri offers views of the mist-covered hills, waterfalls and long walks through the surrounding deep dark jungles. At its highest viewpoints, the hill station offers spectacular views of the hills around it. Mark Church, Raja Seat and Omkareshwara Temple are the most popular tourist places here. 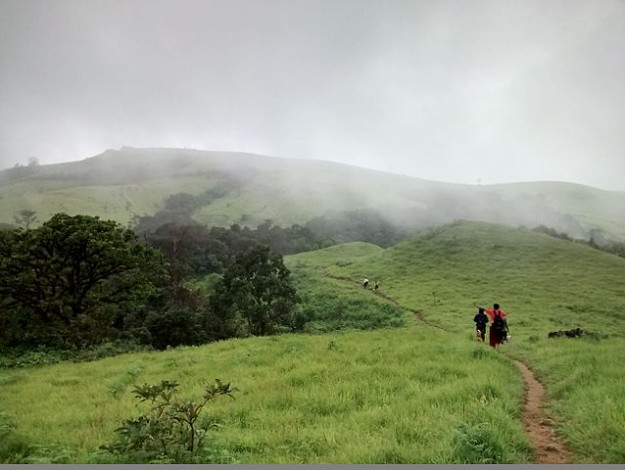 The Shimoga valley of Karnataka has another gem that is worth a visit: Kodachadri. This mountain peak is covered by dense forests and lies square in the middle of the Mookambika National Park. The natural heritage site and the national park encompassing it offers a rich variety of flora and fauna, including endangered and endemic species like the Malabar pied hornbill, grey hornbill and langur. Trekking up the peak is the highlight of a visit here, with various trails of different difficulties on offer. The place has a cool weather throughout the year, and the Shola forests around the hill make the peak invisible from the base.

Surrounded by dense forests, Gangamoola is a lesser-known hill station in Karnataka that is perfect for the off-beat travellers. It is also called Varaha Parvata, and lies along the Gangamoola-Aroli-Gangrikal range of the Ghats. The thickly forested hill station lies along the border of the Kudremukh National Park and is the origin point of three rivers: Tunga, Bhadra and Netravathi. As such, it is of some religious importance, with the Bhagavathi temple being a prominent attraction. The hill station also has a cave with an image of Varaha, an avatar of the Hindu god Vishnu, inside it.