Here Are 11 Facts on The Qutub Minar we Bet You Didn’t Know About!

There has to be a reason why a simple-brick-minaret is visited by millions of people every year. 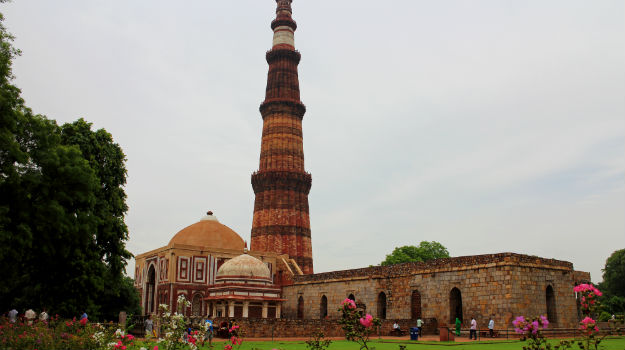 Photograph: ShutterstockThere has to be a reason why a simple-brick-minaret is visited by millions of people every year. But we have more than a few reasons why it enjoys the status of being one of the must-visit tourist attractions in Delhi. Also Read - Liquor Likely to Become Costly in Delhi. Here's Why

1. Standing tall at 73 m, the Qutub Minar is the tallest brick minaret in the world. It is also a UNESCO World Heritage Site. Also Read - 15 BJP Workers Admitted to Hospital After Being Attacked by TMC Leaders in East Midnapur | Updates

2. It is considered to be the Tower of Victory, built by Qutubuddin Aibak in the 12th century to mark the end of rule by the last Hindu Kingdom.

3. The Qutub Minar was built in three stages by three rulers of Delhi (Qutab-ud-din Aibak built one storey followed by his successor, Shams-ud-din Iltutmishwho built three storeys more and finally Firoze Shah Tughlak who built the final and fifth storey) and was finally completed in the 14th century, maybe that’s why it tilts a little! 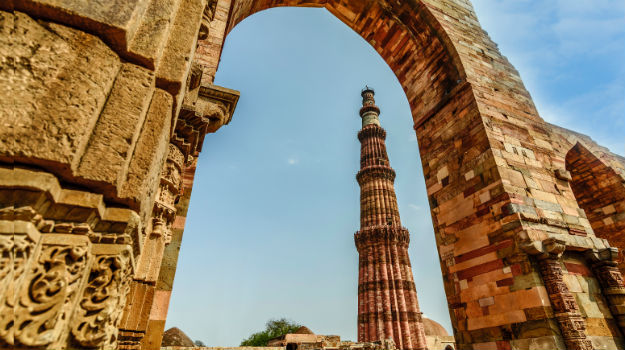 4. There is a mosque called Quwwat-Ul-Islam, built in the same compound as the minaret. Though in ruins, it is noted to be the first mosque built in India.

5.  There are 379 stairs inside the minaret to reach the top.

6. It is also the first Indian monument to have an E-ticket facility. The entry fee to look at this magnificent minaret is Rs 10.

7. This minaret is definitely one of India’s assets, not only has it survived damages from an earthquake from the 16th century, but it has also survived being struck by lightning twice in the 14th century. 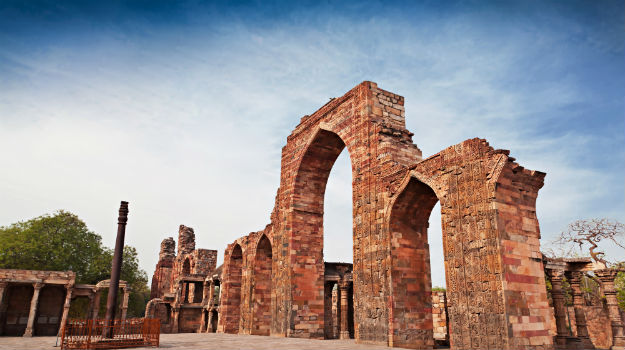 8. In the 19th century, there was a sixth storey to be added to the minar, a cupola, which was brought down since it didn’t look appealing. You can visit the cupola.

9. There is a 2,000 years old iron pillar in the complex that hasn’t rusted in over two centuries.

10. There are more than half a dozen other minor monuments in the Qutub Minar Complex, that include mosques, tombs and pillars.

11. In the 14th century, Alauddin Khilji commissioned another, taller, and more beautiful minaret. However, the construction stopped soon after his death. What remains today resembles a stub of the intended minaret. Looks like the Qutub Minar was meant to be what it is today!