Built in the late 18th century, the temple is said to be one of the most powerful in the holy city. 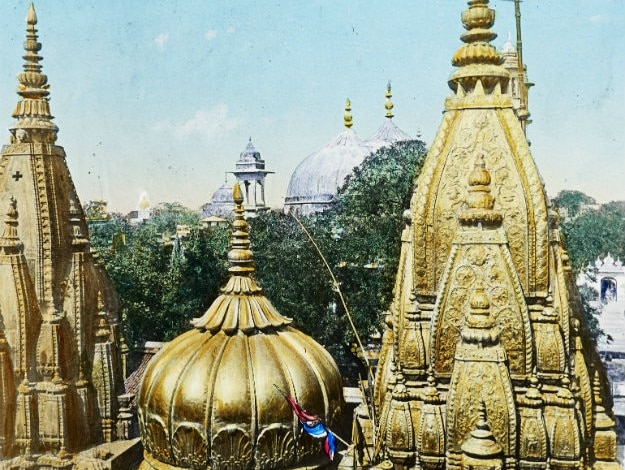 The famous Kashi Vishwanath temple, which lies along the Ganga River in the holy city of Varanasi, was built in 1780 by the queen of Indore at the time, Ahilya Bai Holkar. The river has changed since then, but it is still considered as sacred as it was back then, and so is the temple that lies beside it. The main deity of the god Shiva inside it is said to be a powerful artifact, attracting pilgrims from around the country, even the world. Over the years since its original construction, the temple has been upgraded and embellished with the grants of benefactors. In 1785, the local collector Mohammad Ibrahim Khan constructed the Naubatkhana in front of the temple. Also Read - UP Gram Panchayat Election Results 2021: Samajwadi Party Wins Big In Modi's Varanasi | Full List of Newly Elected Gram Pradhans Here

The temple also got two domes of gold from Kesari Maharaja Ranjeet Singh in 1839, then the ruler of the Punjab kingdom. Modern India contributed the third dome of gold plating at this temple. The deity here is considered the 12th Jyotirlinga, a sacred artifact that represents Shiva. Also Read - Varanasi COVID Crisis: Son Dies Due to Lack of Medical Aid, Mother Carries His Body on E-rickshaw

How to Reach Kashi Vishwanath Temple by air

The closest airport to the temple is the Lal Bahadur Shastri International Airport in Babatpur. From there, the temple is around 25 km or less than an hour by road. There are cabs and buses, private and public, that can take you to the temple straight from the airport. Also Read - Won't Impose Lockdown, Says UP Govt After Allahabad HC Orders Total Shutdown in 5 Cities

How to reach Kashi Vishwanath Temple by rail

Varanasi city is well connected by railway, and the temple itself is close to a number of railway stations. Varanasi City station is just 2 km away, and Varanasi Junction is around 6 km from the temple. Mughalsarai Junction station is the farthest at 17 km, but there is also Maduadih station around 4 km away. Most of these stations are well-connected to India’s major metros.

How to reach Kashi Vishwanath Temple by road

Varanasi has a wide and expansive road network, with frequent private and public buses and other road transport services to all major cities and towns in Uttar Pradesh. The temple can be reached by autorickshaw or taxi, along Vishwanath Gali, a lane popular in Varanasi for its shops that sell delicious sweets, puja items, clothes and fashion jewelry.