Here Are 5 Interesting Facts About Jaipur That You Must Read!

Jaipur, popularly known as the Pink City of India, is the largest city in the state of Rajasthan. 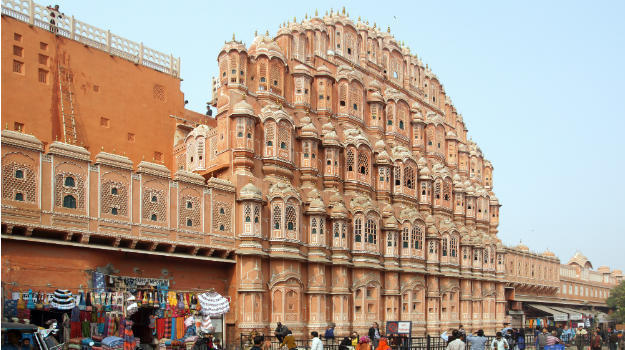 Jaipur, popularly known as the Pink City of India, is the largest city in the state of Rajasthan. It is also the capital of Rajasthan. Known for Hawa Mahal, Jal Mahal, Amer Fort, Jantar Mantar and several other places to visit, Jaipur has numerous stories to tell. Each place has a history of its own and the stories, legends and myths make it even more special. We’ve listed down a few lesser-known facts about Jaipur that are sure to interest you! Also Read - These 8 Pictures of Hawa Mahal Will Make You Want to go There Soon!

1. Under the rule of Sawai Ram Singh, Jaipur was painted pink, traditionally a colour associated with hospitality, for the grand welcome of Edward, Prince of Wales. The pink colour is retained even today, and residents have to preserve it.

2. Jaipur is one of the first planned cities in India. It was planned according to Indian Vastu Shastra by a Bengali architect named Vidyadhar Bhattacharya in 1727. The directions of each street and market are East to West and North to South.

3. The observatory, Jantar Mantar in Jaipur, is one of the World Heritage Sites. It is a collection of architectural astronomical instruments, built by Sawai Jai Singh who was a Rajput king, who was interested in learning about the sky.

4. Hawa Mahal built by Maharaja Sawai Singh served the purpose of letting the royal ladies observe everyday life in the street below without being seen.

5. The Sawai Mansingh Stadium, built during the reign of Maharaja Sawai Man Singh II has a seating capacity of almost 30,000 people and has hosted many national and international cricket matches.