Even many years after his death, his popularity hasn't diminished one bit. 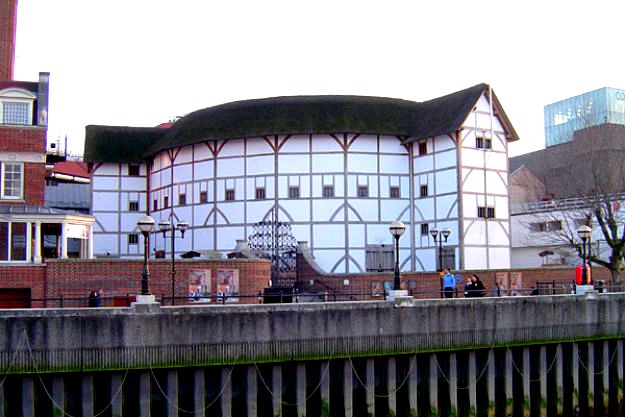 William Shakespeare was the greatest playwright in the English language, an actor and a poet. His works are one of the most read and his plays, the most performed in the world. Even many years after his death, his popularity hasn’t diminished one bit and it is only apt that we look back at one of the most iconic theaters associated with William Shakespeare’s life – The Globe Theatre in London. We tell five interesting facts that you ought to know about this monument. Also Read - 5 places around the world every Shakespeare fan must visit

The current theatre you see in London is not the original Globe, it is in fact the third one. The original Globe Theatre was built in 1599 on the Southwark Bridge Road across River Thames. The Globe flourished for 14 years and Shakespeare’s plays were performed here on a regular basis. It had a thatched roof that caught fire in 1613 during a performance of Henry VIII and the theatre burned down.

2. The first play to be performed in the Globe was Julius Caesar

The first play was performed in 1599 at the Globe and probably was Julius Caesar. Other plays that were first performed here include Othello, King Lear, Hamlet, As You Like It. Apart from Shakespeare, other playwrights who wrote for The Globe included Ben Jonson, John Fletcher, Thomas Dekker.

3. A second Globe Theatre was built after the first one burned down

After a fire destroyed the original Globe Theatre, a second one was quickly rebuilt at the same location in 1614. But this time, it had a tiled roof. Shakespeare acted in a few plays here but did not really write for it. He was however associated with it until all theatres in London were shut down in 1642 under England’s Puritan administration. It was demolished in 1644 as it was in use anymore.

4. The modern-day Shakespeare’s Globe is a reconstruction of the original

Years after the second Globe Theatre was demolished, a new one called Shakespeare’s Globe was constructed in 1997. This was built a street away from the original Globe’s location and is as close to the real thing including a thatched roof for which it had to take special permissions. Just like the original, Shakespeare’s Globe in London has an open roof and amphitheater-like seating.

5. The first play to be performed in Shakespeare’s Globe was a German play

Shakespeare’s Globe opened to the public in 1997 but the first play to be performed here was in 1993 while it was still under construction. It was a German play. Post its opening, several new plays especially written for the Globe have been performed here. This is to carry forward Shakespeare’s legacy of writing and performing new plays for the original Globe.

The new Shakespeare’s Globe is located at 21 New Globe Walk, Bankside, London. You can catch a play here. Visit their website to check what’s playing.