Here Are 5 Places You Must Definitely Visit When in Indore

It's a paradise not only for shopaholics but also for history buffs. 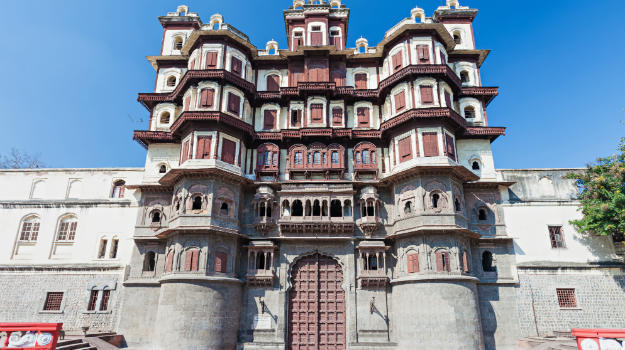 Indore, which is the commercial capital of Madhya Pradesh, is a blend of ancient and modern lifestyle. Located on the southern edge of Malwa Plateau, Indore is popular for its history, bazaars and cuisine. It is the only city in India to have both Indian Institute of Management (IIM) and Indian Institute of Technology (IIT). It’s a paradise not only for shopaholics but also for history buffs. So, if you are visiting Indore, here are 5 places that you must certainly visit! Also Read - Top 5 national parks in Madhya Pradesh every wildlife lover must visit

1. Rajwada Palace: Also Read - Mumbai to Indore: How to reach Indore from Mumbai by road

This 200-year-old seven-storied historic palace of the Holkars is built in a mixture of Muslim, Maratha and French styles. The palatial structure of Rajwada Palace is sure to leave you spellbound.

One of the grandest monuments left behind by the Holkar Dynasty in Indore is Lal Bagh Palace. Built by Maharaja Shivaji Rao Holkar between 1886 and 1921, the three-storied structure is used for hosting royal receptions.

This place will surely leave you awestruck. This temple houses perhaps the largest Ganesh Idol in the world, measuring 25 feet from crown to foot.

Originally named King Edwards Hall, it was renamed to Mahatma Gandhi Hall in 1948. Its architectural style is Indo-Gothic. Its domes and staples are a landmark of Indore, even today.

This Jain Temple, inlaid with glass is an architectural marvel indeed. The walls, ceilings, floors, pillars and doorknobs are entirely inlaid with glass. On the top, there is a special glass chamber that multiplies the three statues of Lord Shantinath, Aadinath and Mahavira into an indefinite number (apparently visible up to 24, representing 24 tirthankaras).