Neemrana Fort is located a little ways down the Delhi-Jaipur highway, and is an ideal spot for a quick weekend getaway. 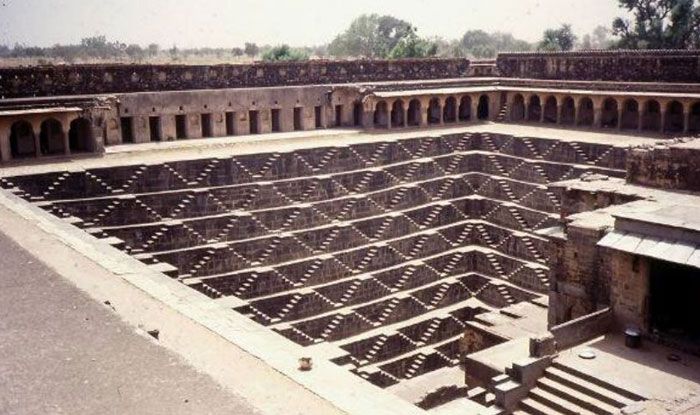 Rajasthan has its fair share of historical forts and palaces that stand tall as remnants of India’s past glory. Many of these are popular tourist spots, like Amber Fort on the outskirts of Jaipur and the Jaisalmer Fort. But along the Delhi-Jaipur highway lies a fort and palace that makes for a great weekend getaway: Neemrana Fort. The historical town of Neemrana is located around 122 km from Delhi, and 150 km from Jaipur. It is being developed as an industrial hub, but there are still many things to see and experience around this town that make it worth the trip.

The landmark of this ancient town is the Neemrana Fort and Palace, built in the 15th century as a hill-fort where the Chauhan royal family resided until 1947. The descendants of Prithviraj Chauhan III made this fort their third capital. As the sands of time passed through the region, the lands that this family ruled over were turned to other kingdoms during the British Raj. Post-independence, the family struggled to manage the fort as it deteriorated. Now, however, the Neemrana Fort has been converted into a prominent hotel, and you can spend most of your day exploring the sprawling remains of the fort that have now been restored.

Accompanying the Neemrana Fort is the Baori stepwell, which gives you a glimpse into the architecture and lives of ancient India. The stepwell has 170 steps, with a tapering construction that goes narrower as you move downwards. As a result of this type of construction, the pool of water that you find at the bottom is cool, and the final steps that lead to it are wet. The stepwell’s water is used for irrigation and consumption, and the whole multi-storey building makes for a fascinating visit.

Take a safari through the Sariska wildlife sanctuary 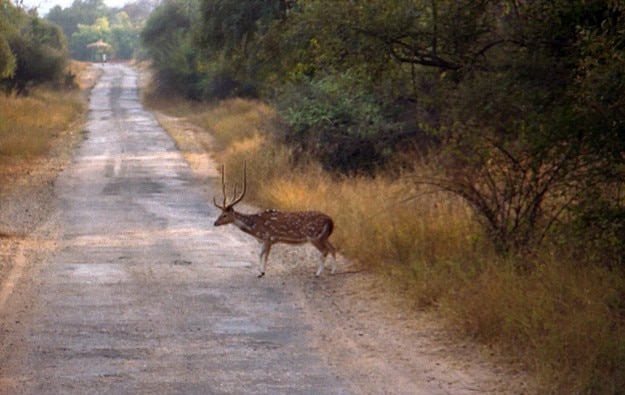 A little over two hours away from the Neemrana Fort lies the 866 square kilometre Sariska Tiger Reserve and National Park. With the fort as your base, you can spend your day exploring the dense jungles, streams and canyons of the national park. Sariska is home to a number of interesting wildlife, including chital, nilgai, sambars, peacocks and, of course, tigers. The reserve does not have as big a tiger population as others in the country, but it still makes for a fascinating day’s visit. Be warned though; safaris will not be there from July to September.

Zipline through the fort

If you would rather spend your day in the Neemrana Fort itself, then you might as well enjoy the fort’s ziplining activity. Flying Fox offers a five-zip line tour that takes you across the sprawling fort-palace and the Aravali hills at heights of over 1,250 metres. The tours are less than a half an hour walk uphill on the fort premises. You will be zipped through lines as long as 400 metres and at speeds of 40 kmph. The tours last for up to 2 hours at most, with group tours happening every 45 minutes.

Visit the nearby Hill Fort of Kesroli 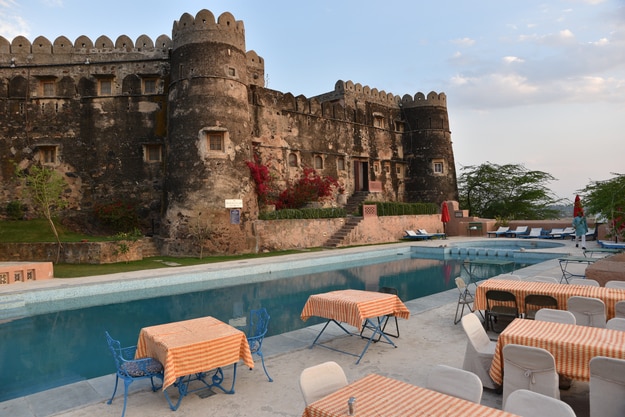 If you explored every nook and cranny of the Neemrana Fort-palace and are craving some more history and heritage, you can head to the Hill Fort of Kesroli that is less than 2 hours away. This 14th-century fort is managed by the same Neemrana Hotels group, and its history can be traced back to the Yaduvanshi Rajputs who later converted to Islam and were called Khanzadas. Over the centuries, it was ruled over by several key dynasties of India, including the Mughals, Rajputs and the Jats. The seven-turret fort has also been converted to a hotel, but you can still explore the heritage site and experience the splendour of the palace’s past.