The peacocks strutting their stuff and dancing to attract peahens is a sight not to be missed. 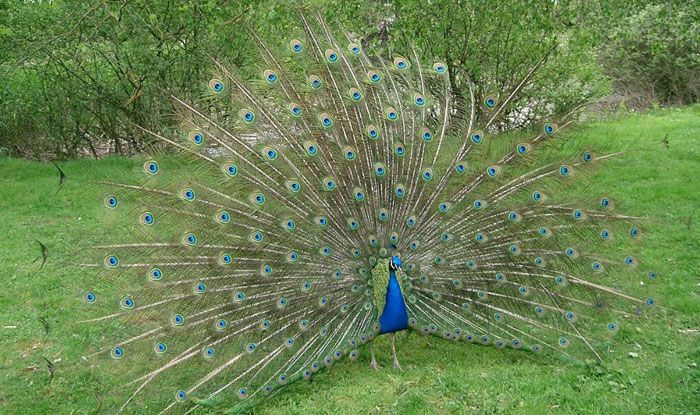 When the monsoon rains slowly start spreading through India, it is time for peacocks to strut their stuff and dance their way to the hearts of peahens around them. The visual of peacocks dancing in the rain is something that every Indian is familiar with. As kids, we are taught that peacocks dance at the sight of rain, and that this sight of peacocks at their finest is beautiful. Also Read - Thattekad Bird Sanctuary: Richest Bird Habitat of Peninsular India

The feathers of the peacock combine with the raindrops for a glistening multi-color effect that is so beautiful that it not only attracts peahens but us normal humans too. And if you are looking to see some peacocks in the jungle during the monsoon, here are the best wildlife sanctuaries to find them.
Also Read - Kumarakom Bird Sanctuary in Kerala is a Birder's Delight 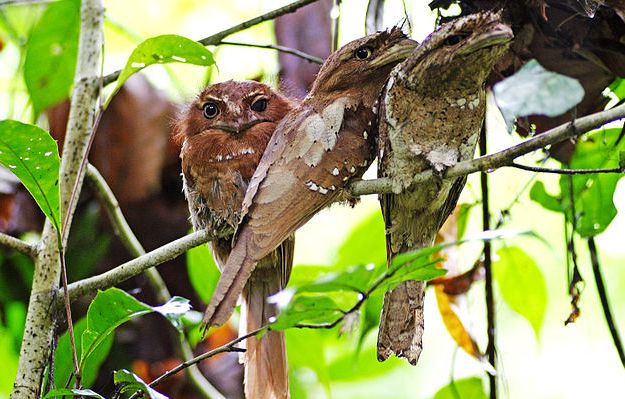 Located in God’s Own Country of Kerala, the Thattekad Bird Sanctuary is a relatively small reserve, spread across around 25 square kilometers. But the sanctuary, which lies around 12 km from Kothamangalam and around 64 km from Kochi, is actually a paradise for bird watchers. This is the first bird sanctuary in the state and has long been associated with the legendary Indian ornithologist, Dr Salim Ali. Consisting of rivers, wetlands and forests, the Thattekad sanctuary is home to hundreds of bird species, including the peacock. Guides will take you to the best sights to see the rarest of species, and winter is when most of the migratory birds come here, including Himalayan species. 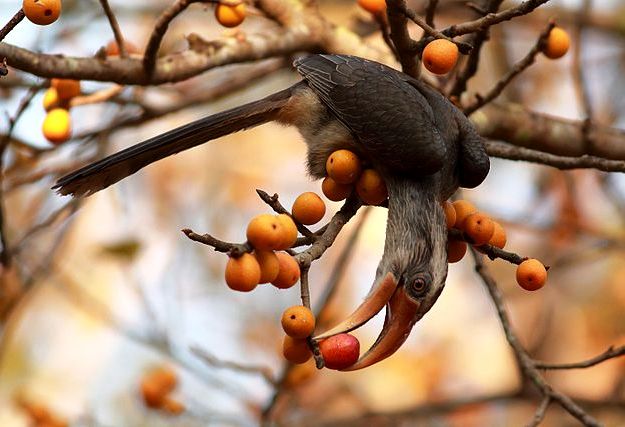 The Dandeli Wildlife Sanctuary in Karnataka is spread across 866 square kilometers and is actually part of the much larger Anshi Dandeli Tiger Reserve zone. Anshi National Park or the Kali Tiger Reserve is where you want to go to see tigers. But if you want to spot the peacock and nearly 200 other bird species, you should head to Dandeli. During the monsoons, you can find peacocks dancing in the jungle as well as an incredible number of Malabar Pied Hornbills that fly to the sanctuary to feast on the fruit trees. You also get to see some of the most unusual animal species in India here, including the Malabar Giant Squirrel, Indian Pangolin, Sloth Bears and Barking Deer. 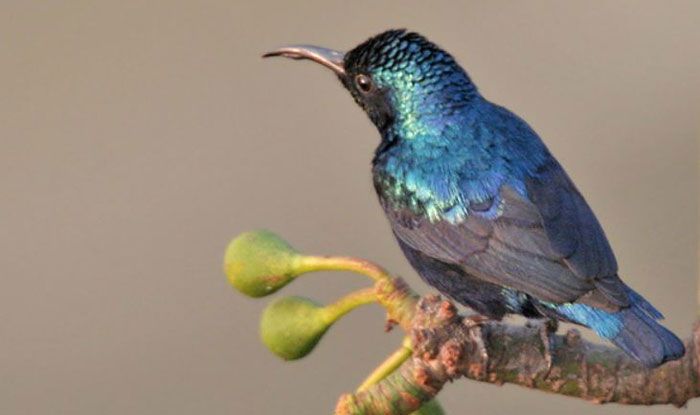 The Bharatpur Wildlife Sanctuary, now known as the Keoladeo Ghana National Park or simply the Keoladeo National Park, lies in the city of Bharatpur, Rajasthan. Peacocks can be found almost everywhere in the famous royal state, but Bharatpur is where you go if you want to see the bizarre yet majestic birds in their natural habitat. The marshy wetlands of Bharatpur are the result of the construction of the Ajan Bund by the king Suraj Mal in the 18th century. It became the hunting grounds of the king until the 1960s, and it was declared a sanctuary in 1971. Today, it is considered one of the richest bird areas worldwide, despite the recent shrinking of the wetland habitat for certain bird species. 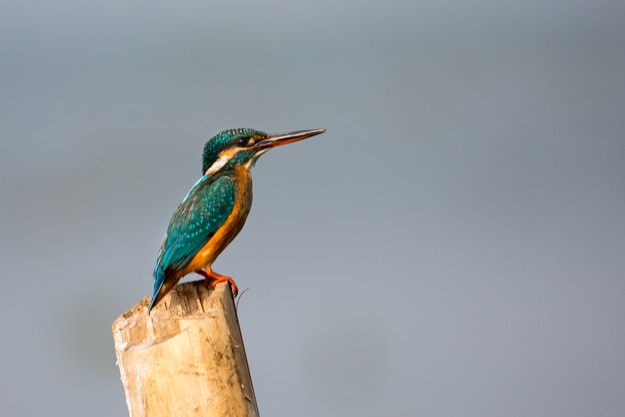 When the monsoons hit Kerala, it becomes the best time to visit the wet and wild Kumarakom Bird Sanctuary on the banks of the Vembanad Lake. The sanctuary is spread across 14 acres of land, and is home to several bird species, making it a must-visit destination for bird lovers and wildlife photographers. You can find peacocks dancing in the rain and other resident bird species like egrets, herons and cormorants here. The place is also a popular home for several migratory birds, including the highly endangered Siberian cranes and storks, teals and darters that stay here until the end of the winter in their respective homes. The best way to experience the wonders of Kumarakom is through a boat ride on the lake. 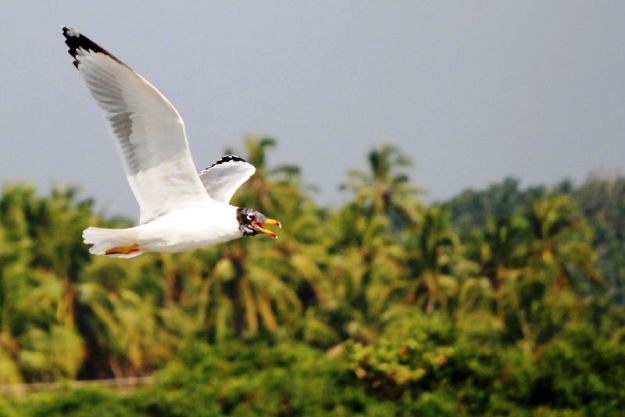 We have another bird watcher’s paradise in Kerala, and this time it is in the northern region of Kozhikode (Calicut). The Kadalundi Bird Sanctuary lies on the mouth of the Kadalundipuzha River in the Malappuram district and is actually a collection of several islands that birds call home. From the 200-meter high sanctuary hillock or Kadalundi Bridge, you can get an incredible view of the Kadalundi Bird Sanctuary’s islands. The sanctuary is home to more than a 100 different native birds, including the peacock, and more than 60 migratory bird species. You can find cormorants, herons, sand plovers, hornbills and many other species here. And the islands are also home to several marine species. 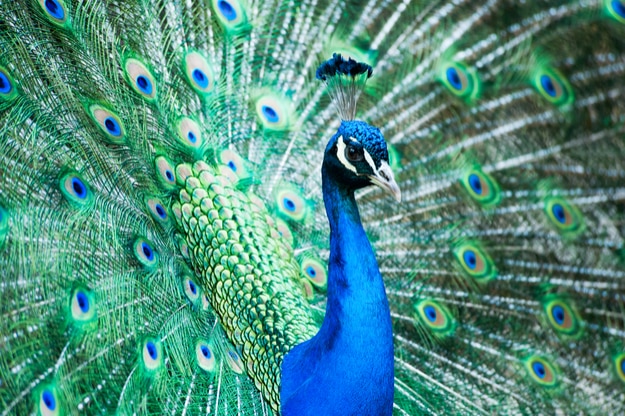 Famed for its peacocks, Viralimalai Wildlife Sanctuary lies around 40 km from Pudukkottai and 30 km from the city of Trichy. The second reason for its fame is the Murugan temple in its area. Murugan, for those who are unaware, is a god who rides a peacock in popular mythology. You can find several peacocks around the temple and in their natural habitat as well. There are, in fact, around six different species of peacocks that you can find in the sanctuary, including the spectacularly-coloured Palawan peacock. The temple, meanwhile, lies on a rock hillock with 210 steps leading to it. There is also a Chola temple and several natural caverns to explore.