Here’s how 15 great landmarks of the world showed support for Orlando shooting victims!

These amazing landmarks across the globe showed their support to the Orlando shooting victims in a unique way. 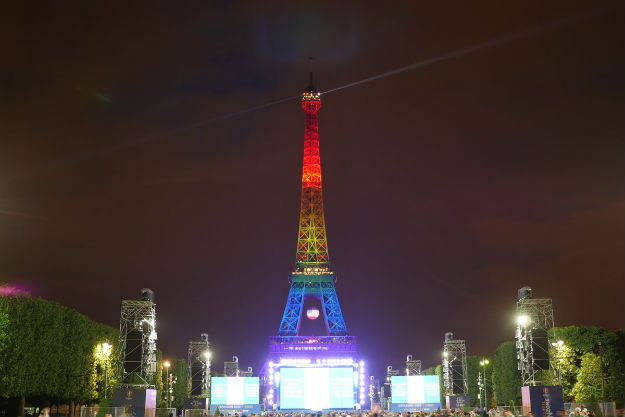 In what has turned out to be the biggest mass shooting attack in American history, 49 innocent people fell to the horrific terror caused by a crazed shooter at the gay bar Pulse in Orlando in Florida on Sunday. The gunman Omar Mateen is said to have been against the LGBT community and broke fire in order to ‘clean up’ the pub. The whole world has condemned this attack and prayed for the souls of those who lost their lives. In a touching display of support for the victims, major landmarks all across the globe lit up in rainbow colors last night. These images that are being shared on Twitter show that the attack has only brought people together in unity against terror. Have a look! Also Read - 'Extend Lockdown Period Till April 30 to Contain COVID-19,' CAIT Writes to Centre

Tonight we have lit Town Hall to show our love, support and solidarity. Spread the message that hate will never win. pic.twitter.com/Uo2lGciFtj

Tonight the Sky Tower has been lit up in rainbow colours to honour those 50 people lost in the Orlando shooting. pic.twitter.com/OCkZXvN6Lx

The Sydney Harbor Bridge has been lit in the colours of the rainbow #MORELOVE #loveislove pic.twitter.com/ME1dY0dxzx

The Lowry Avenue bridge will be lit rainbow in memory of the Orlando shooting victims pic.twitter.com/5jJ3cQcor7

City of San Francisco showing their support for those in Orlando. #OrlandoStrong pic.twitter.com/G9G4NbWX87

#Cincinnati sign will be a rainbow for the entire week in honor of those injured or killed in Orlando (Alex Peppers) pic.twitter.com/YTg8d0Evux