Here’s what happened when Barack Obama and Richard Branson holidayed together in the British Virgin islands!

Photo and video of Barack Obama taking on Richard Branson in a kitesurfing vs foilboarding contest will leave you in awe. 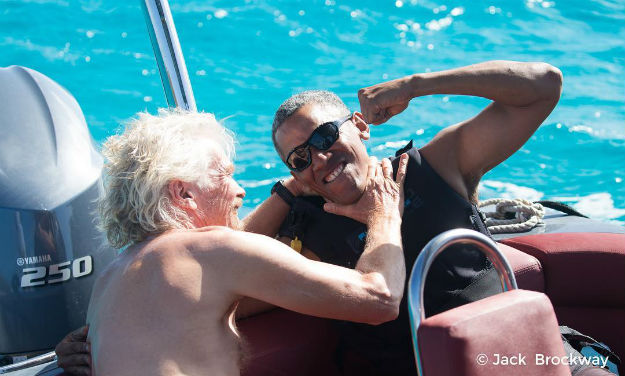 What happens when two of the most powerful men in the world holiday together? Well, apparently they get along like a house on fire and start challenging each other in adventure sports. At least that’s what happened when Virgin bossman Richard Branson invited former US President Barack Obama to his digs in the British Virgin Islands. The idea was simple –  soak in some sun & surf in private. Obviously, the charming, fun-loving sport that Obama is, he took Branson up on the offer. And the result was something that made the whole world take notice. (ALSO SEE The one travel lesson we learnt from this photo of Barack Obama sharing beer with Antony Bourdain!) Also Read - Do You Have Celiac Disease? You May Die Prematurely

Over the course of a few days, the duo kicked back on Moskito Island and learned two of their favorite adventure activities. While Obama learned how to kitesurf, it was foilboarding for Branson. And then, in true sportsman spirit, the two friends competed against each other to see who could stay up the longest. This video shows that the sheer amount of fun Barack Obama and Richard Branson had during this contest is unparalleled. We can’t stop smiling looking at these amazing men displaying their child-like enthusiasm. After all, both of them have worked hard enough to deserve a vacation!