London Heathrow airport's busy Terminal 3 saw a false fire alarm in the early afternoon, causing dozens of flights to get delayed by an hour or more. Passengers said that the evacuation was done in a calm way, but complained of lack of coordination. 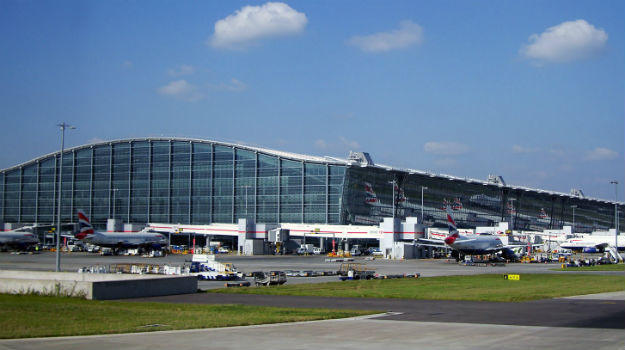 Passengers at Terminal 3 of the third busiest airport in the world and the busiest in Europe, London Heathrow Airport, had the shock of their lives recently when the fire alarm went off. Travelers who were waiting to board their flights had to be evacuated to the apron, and those in the check-in zone were told to exit the building. The evacuation began at around 12:30 pm, and the London Heathrow team declared it a false alarm after around 35 minutes. Also Read - Watch: Instead of Money, People Play Poker With Toilet Paper Rolls at London Club

The false alarm caused dozens of airlines to get delayed. Flights that already had their passengers on board were able to take off for their destination, but others were not. And plenty of passengers were complaining about how airport staff handled the whole incident and the delays that were caused. Aviation Security International’s Philip Baum, whose Qantas flight to Dubai ended up leaving more than an hour late, described a situation of poor incident management. He noted that there were no announcements made other than the automated ones. People were roaming about without enough information. Also Read - Rishi Kapoor Posts Prayer in Favour of Kanika Kapoor-Yes Bank Founder Rana Kapoor, Says 'Kuch “Kapoor” Logon pe Time Bhaari Hai' 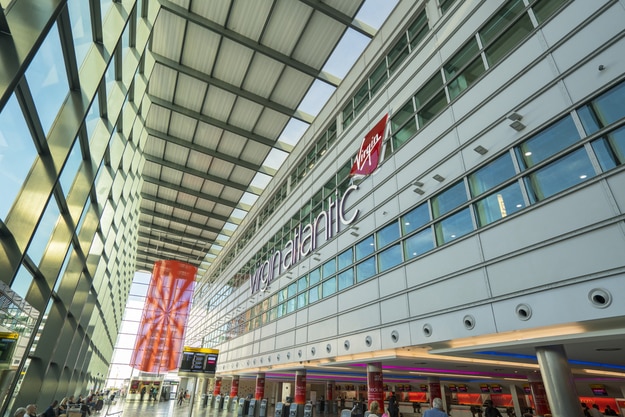 Some passengers took to Twitter to raise concerns over the way London Heathrow conducted the evacuation. The general complaint among them was roughly the same pointed out by Baum: that there was little to no information available and very little guidance. People were evacuated slowly, and many were left standing around without knowing where to go. Users complained that the airport staff lacked clear leadership, and many were clueless themselves. Also Read - Irrfan Khan-Sutapa Sikdar's Son Babil Returns to India After Being Stuck in London Amid Coronavirus Chaos

I guess this is how you evacuate at #Heathrow? Would be nice for someone to open a door or provide instructions pic.twitter.com/leliDkes6Z

“Now you can turn back”. 30 minutes stuck. If this was a test, has definitely proved the point that #Heathrow T3 cannot be safely evacuated. pic.twitter.com/dQ82Tz5WKK  Giuseppe Sollazzo (@puntofisso) July 4, 2017

Fire alarm going off at #Heathrow and people are just been left to stand around with no idea where to go and airport staff have no idea #WTF pic.twitter.com/VsLYaoecZL

If this was real we’d be in trouble. Airport officials trying to address 500 people with no amplifier. Emergency exit ‘clogged’. #heathrow pic.twitter.com/hy5UIGKyoe  Giuseppe Sollazzo (@puntofisso) July 4, 2017

However, some other passengers noted that the whole situation was handled calmly and patiently. Based on the photos and statements by passengers, it would seem like the airport evacuation was conducted without causing any panic anywhere. Even though some complained of a slow process, the evacuation and eventual return to business as usual was done in a mostly orderly fashion.

All back in, appears to be no fire, everyone very calm/business as usual. Anyone saying otherwise isn’t here. #Heathrow https://t.co/iFQfFray9z  catherine woodiwiss (@chwoodiwiss) July 4, 2017

#Heathrow T3 anyone on a flight before 2 now allowed back in. Huge mess. V good natured crowd! pic.twitter.com/W6PwxWro4K

As for the false alarm, it is not yet clear what caused it. In the end, flights like the Qantas departure to Dubai and Virgin Atlantic’s San Francisco flight were delayed by more than an hour. Virgin Atlantic, which is based at the terminal, anticipated some delays to flights over the afternoon but added that terminal operations are returning to normal. Terminal 3 sees the second-highest passenger activity in London Heathrow after Terminal 5, with approximately 250 flights and 50,000 passengers flying each day.