Did you know man lived in Himachal 2 million years ago? 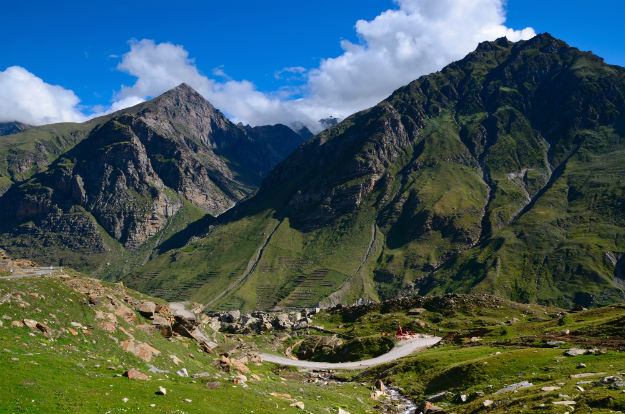 Himachal Pradesh is one of the most beautiful states in India and it celebrates it state foundation day on January 25 every year. The state is home to a number of hill stations that tourists flock to all year around. Some of the popular ones include Shimla, Manali, Kasol, Chail and Dharamsala. Himachal Pradesh is a north Indian state and is known for its apple orchards. The region’s apples along with other fruits are exported all over the country as they are of superior quality thanks to the soil and weather that are favorable for their production. Here are some facts that you probably did not know about Himachal Pradesh. ALSO SEE 5 best places to visit in Himachal Also Read - Nepal Tables Controversial Bill in Parliament For New Map Amid Border Dispute With India

Himachal Pradesh was declared a state in 1971 on January 25, making it the eighteenth state of the country. However, the process took quite a while. Post independence, Himachal was created as a province on April 15, 1948. In 1950, it became a sub-state and later in 1956, it was declared a union territory. On December 18, 1970, the State of Himachal Pradesh Act was passed by the Parliament. And finally, on January 25, 1971, it came into being making it Himachal’s foundation day. The day is a public holiday in the state and is celebrated as Himachal Day. Also Read - Unlock 1 in Haryana: Faridabad to Follow Existing Guidelines For Now, New Directions Tomorrow

2. YS Parmar was the first chief minister of Himachal Pradesh

According to some evidence, the prehistoric man set foot in Himachal Pradesh some two million years ago. The valley of Banganga in Kangra, Sirsa Valley and Markanda Valley are where people settled in Himachal. Even during the Indus Valley Civilization people settled at the foothills of Himachal and the region flourished during 2250 and 1750 BC. So, even though it took so much time to form the state, Himachal has always been occupied by man even during the prehistoric era.

4. Himachal was invaded by a number of rulers

Being a prime north Indian state, Himachal suffered the wrath of attack by several rulers who wanted to capture it in different times. Mahmud Ghazni and the Rajputs were among the first rulers of Himachal. Muslim rules like Timur and Sikander Lodi captured several forts and several battles were fought from here. Even Gurkhas from Nepal had captured Kangra. It was later captured by the Britishers.

5. Agriculture is the main source of income of the state

Unlike popular belief, agriculture and not tourism is the main source of not just income but also employment in Himachal. The state’s 93 per cent of population depends on agriculture for their monthly wage, 71 per cent are directly employed in the agricultural sector. Apple is the main commodity grown in Himachal however wheat, barley and maize are also grown in the state.