Hold onto That Ticket! Chances of Wait List Tickets to Get Confirmed Are Higher

A new study has suggested that the chances of a waiting list railway ticket during the holiday season getting confirmed has risen over the years. 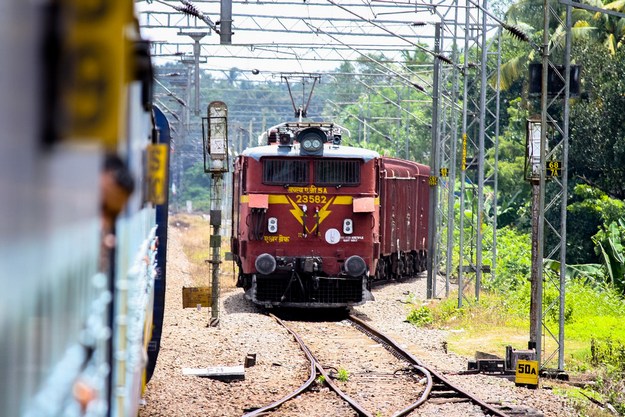 Online travel community and travel portal RailYatri has just released the results of a study it conducted, revealing that your holiday season railway ticket has a higher chance of getting confirmed than previous years. It looked at the Diwali holiday seasons in 2015, 2016 and 2017, and found that the rate of cancellations of waiting list tickets dropped from 25.5 percent to 18 percent. In other words, you should probably hold onto that waiting list ticket you’ve just booked for your next holidays. ALSO READ: Indian Railways Is Going to Speed up 500 Trains and Cut down Travel Time Also Read - Need Of The Hour! Indian Railways Develops Wash Basin That Operates Without Touching

During the period evaluated in the study, the confirmation rate of waiting list tickets for the Dehradun-Howrah Doon Express rose by more than 20 percent. Meanwhile, the confirmation rate rose 11 percent for tickets on the Mumbai CST-Howrah Superfast Mail that travels through Gaya. Ticket confirmations rose 12 percent and more than 5 percent for the Pune-Jammu Tawi Jhelum Express and Bangalore-Danapur Sanghamitra Superfast Express. Also Read - Amid Lockdown, Indian Railways to Run Parcel Trains For Transportation of Essential Commodities

That’s just the confirmation rates for waiting list tickets. The study also saw a positive trend in the average length of waiting lists. The length has gone down from 2016 to 2017, meaning that fewer people are on the list and you have a better chance of being bumped up to a seat for your travels. The average waiting list dropped from 813 to 735 travelers for the Kota-Patna Express, for instance, and from 731 to 717 for the Ahmedabad-Haridwar Yoga Express. The Mumbai-Darbhanga Pawan Express also saw a smaller waiting list from last year, dropping from 800 to 769. Also Read - Railway Coaches Being Converted Into Isolation Wards | This is What it Looks Like

This is big news for those planning their holidays but missed out on booking their tickets early. RailYatri CEO Manish Rathi said that the mad rush for railway tickets during Diwali and other holiday periods mean that many end up with wait list tickets and unsure travel plans. NOW READ: Passengers brother tweets to Indian Railways about delayed train, what happens next will make you proud!

The study’s results are good news for all of these uncertain travelers. He added that the introduction of special trains played a part in improving conditions. A total of 152 new trains have been added in 2015-2017, and special trains have conducted nearly 65,000 trips during the holidays, translating to more seats for passengers.