Holi 2016: Here’s why you should not miss Holi celebrations in Varanasi

India's spiritual capital has its own way of celebrating the festival of colors. 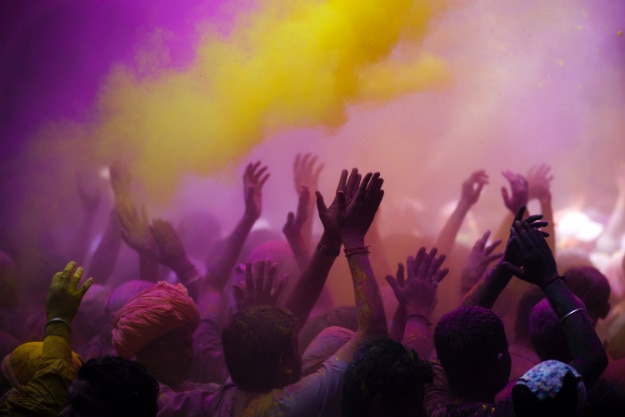 Varanasi, India’s holy city that is considered to be the country’s spiritual capital, celebrates Holi with much zest and fervor. The festival of colors paints the city in different hues giving its ghats and alleyways a renewed look. After Holi celebrations, you will find different shades adoring the steps leading to the Ganga River. No wonder many foriegners throng the city during Holi capture its beauty and get drenched in a sea of colors. Even though some rituals are same as those in other cities, Varanasi has certain traditions that are followed only in here. We tell you how Holi is celebrated in Varanasi. (DONT MISS More stories on Festivals and Events) Also Read - Varanasi Student Develops 'Anti-Covid-19 Robot' To Crackdown on Lockdown Violators & Maintain Social Distancing

7 most unique places in India to celebrate Holi

The festival of colors is celebrated over two days. Today i.e. March 23 is Holika Dahan when a bonfire is lit in the evening to signify the victory of good over evil. Though this is the norm in other parts of the country too, in Varanasi people rub themselves with a paste called ubtan. They then burn the remains of the paste in bonfire as it is believed to keep them disease-free for the rest of the year. They also burn dung cakes and wood and offer grain to the fire god.

ALSO SEE Here’s why Dhulandi is celebrated in India 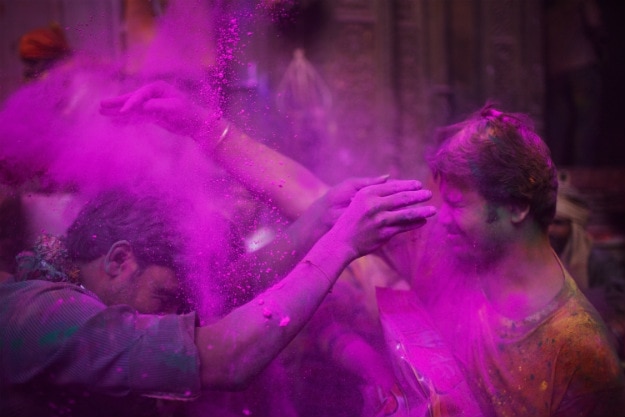 The next day, they play with colors. People gather in alleyways and on the terrace and smear each other with gulal or abir. Though you can play Holi with strangers too, it is advisable to be among people you know as there have been untoward incidents in the past. In the morning, people drink thandai which is a marijuana-infused drink made using milk and dry fruits. Known to be Lord Shiva’s favorite, people often consume it in large quantities. You can buy it from the Kashi Vishwanath Thandai Ghar. They even have bhaang laddoos. Then the play with colors begins and goes on till noon. Many people also play with mud instead of colors.

ALSO SEE How Holi is celebrated in Vrindavan

Why we celebrate Rangpanchmi with colors

After bathing and resting for a few hours, people gather near the ghats in the evening to meet and greet each other. Gujia, a sweet dish is often made in homes during Holi. Folk songs and dances by children often take place at this time. Earlier a kavi sammelan or poetry session  was usually held in the evening but with the death of its founder Chakachak Banarsi, the tradition came to an end in 1999.