These amazing photos of Holi celebrations in Vrindavan and Mathura will gear you up for Holi 2018.

Come March 2 and Indian all over the world will be celebrating Holi 2018. The festival of colors is a vibrant event celebrated with great zest by urban and rural people alike. However, if you wish to witness the best Holi celebrations, you should head to the Mathura district of Uttar Pradesh. Vrindavan and Mathura located here put their best foot forward during Holi celebrations. People step out of their houses and indulge in enthusiastic play of colors. The festivities are often marked by singing and dancing too. (ALSO SEE Holi 2018 Travel Advisory: Beware of Perverts If Youre New To the Holi Scene in India) Here, Holi begins on March 1 and is celebrated as a 4-day event. And this year, for the sixth consecutive time, the widows of Vrindavan played Holi at the historic Gopinath temple in Vrindavan. This is a significant thing as it breaks the tradition that forced them to lead the life of a recluse. Here are some amazing photos of Holi celebration in Mathura and Vrindavan that will get you excited about the festival of colors. Also Read - 'Shamelessly Endorsed by Brahmanical Purity': Kent RO Apologises For Ad Demeaning Domestic Help, Hema Malini Clarifies

Breaking the shackles of tradition, around 800 widows played Holi with gulaal and flowers on March 1 in the land of lord Krishna, Vrindavan in four-day Holi festival 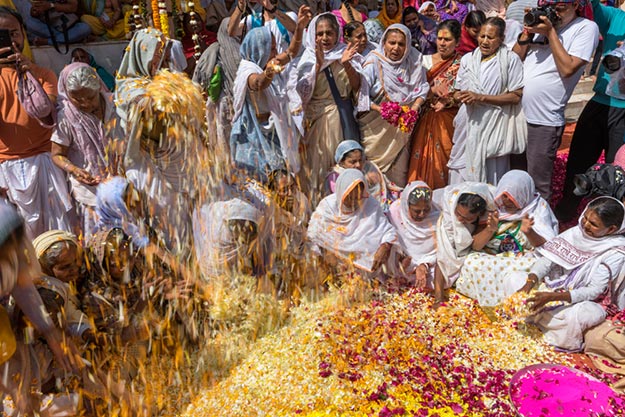 Also Read - ‘I am Done With Politics,’ Says BJP MP Hema Malini as She Wants More Time For Family

Convivial scenes at Vrindavan during Holi 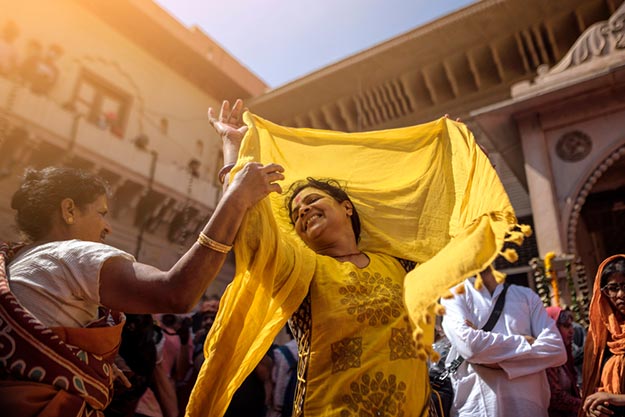 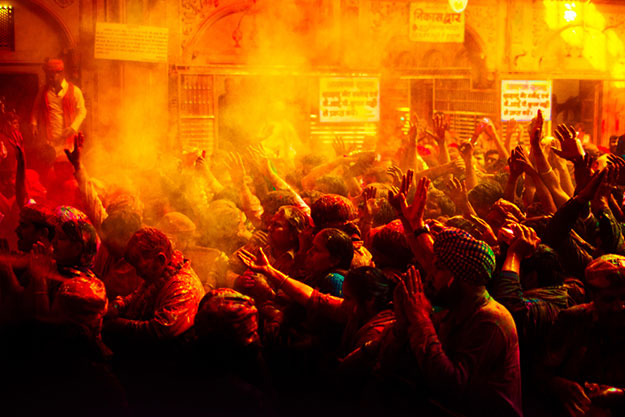 Celebration of the Holi festival in a ancient temple in Vrindavan 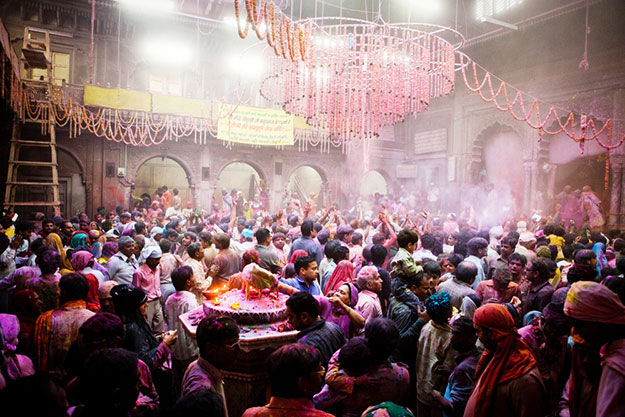 DO SEE Holi 2018 Getaways: Quiet, Offbeat Places to Escape the Festival of Colors 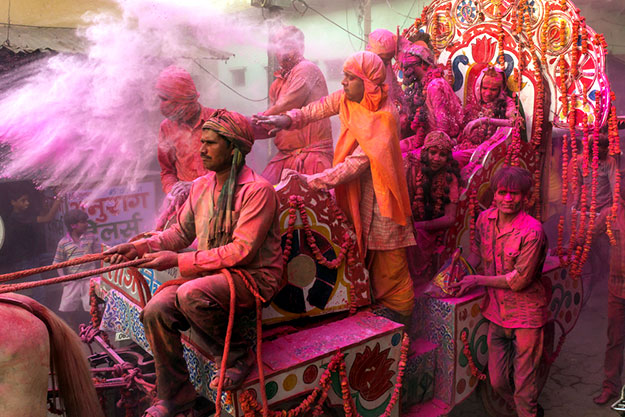 Holi celebration in the Hindu Banke Bihare temple in Vrindavan 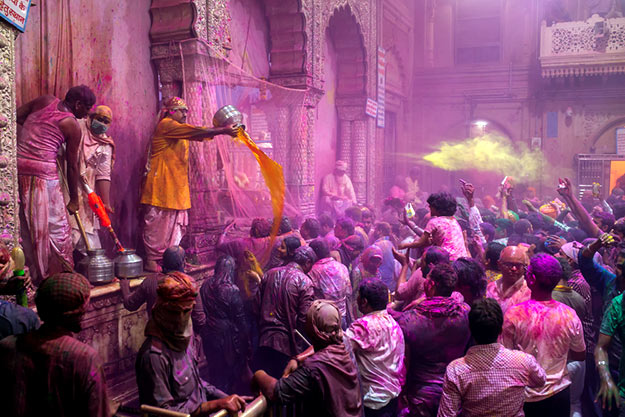 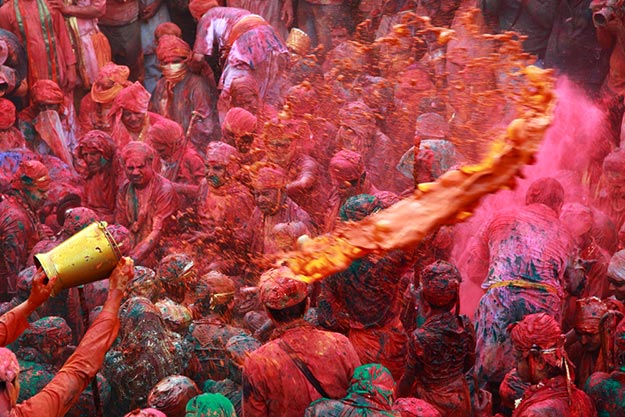 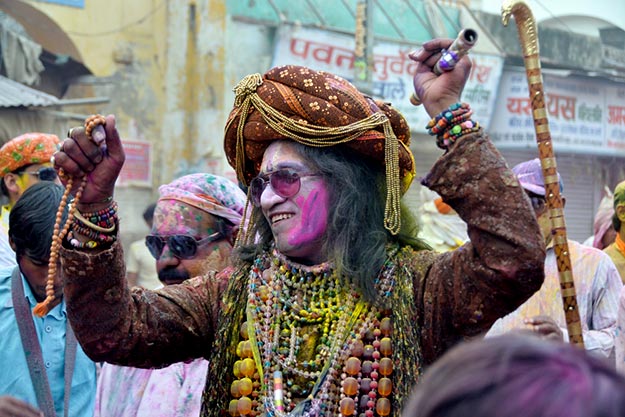 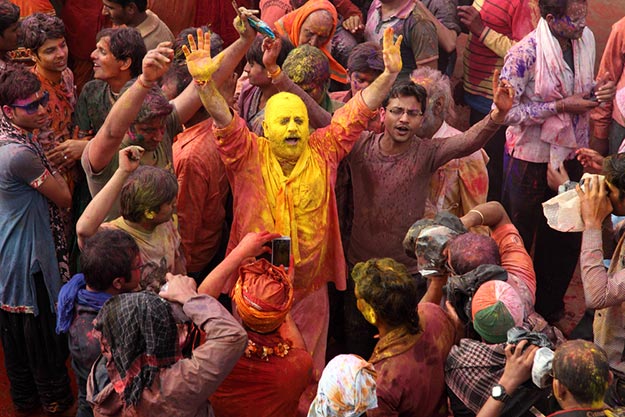 Happy Holi to all our readers! Stay safe and have a great weekend!