Holi 2018: Images from All Around the World To Get You in The Mood for India’s Most Vibrant Festival

These photos of Holi celebration all across the world will get you in the mood for Holi 2018 festivities.

Holi 2018 is on March 2. With the amazing festival just round the corner, several people are already making plans to either attend their favorite Holi parties, or just burst water balloons and throw colors on neighborhood (friendly) rivals. Holi is truly one of Indias most vibrant festivals. It is a day that appeals to the kid in you. No matter how hectic your life is or how serious a personality you are, you want to just let your hair down on the occasion of Holi and have a good time with your friends. For those who wish to use the Holi 2018 long weekend to take a trip, there are a number of amazing places to visit during the festival. But for those who want to stay put in their city and enjoy the festivities, there is enough to choose from. Nothing beats the experience of playing the game of throwing bright colors on one another and looking like a clown at the end of it all. Here are some amazing Holi images from all around the world to get you in the mood for Holi 2018! Also Read - Priya Prakash Varrier And Her Oru Adaar Love Co-star Roshan Abdul Rahoof Show You Holi Is Ought To Be Played 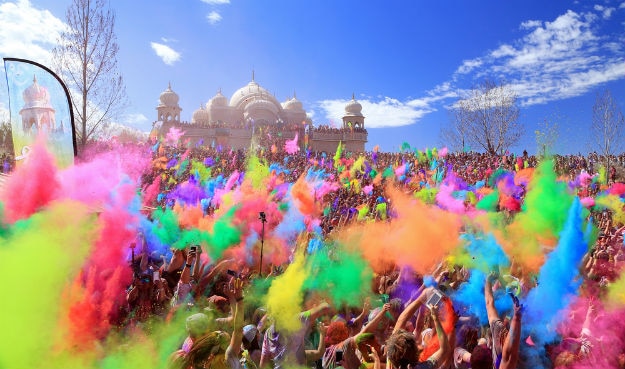 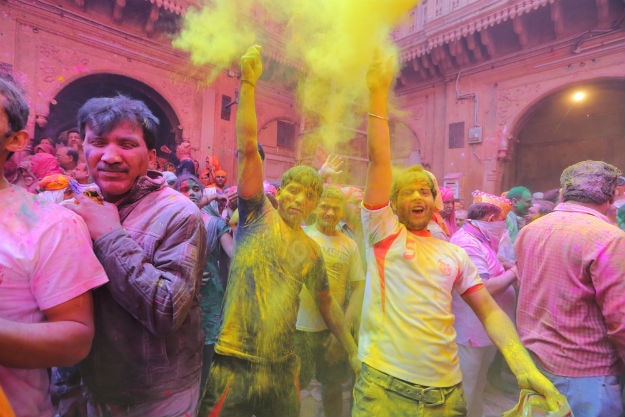 Happy people during Festival of Colours, Holi, in Spain’s Barcelona 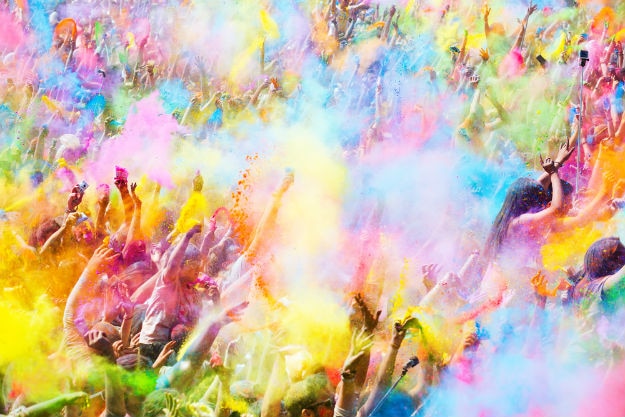 Indian people celebrate Holi to mark the beginning of Spring 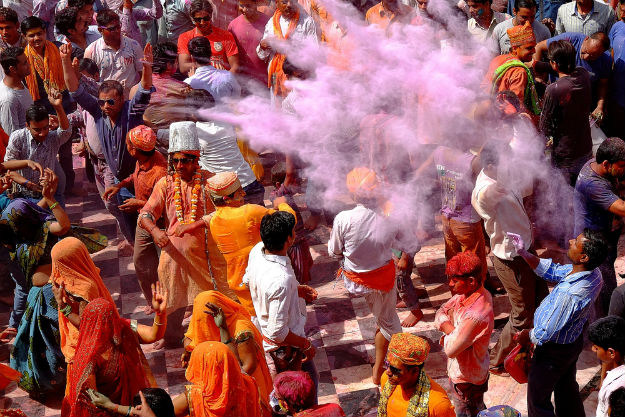 Two Indian kids with their faces smeared with colors while celebrating Holi, the festival of colors 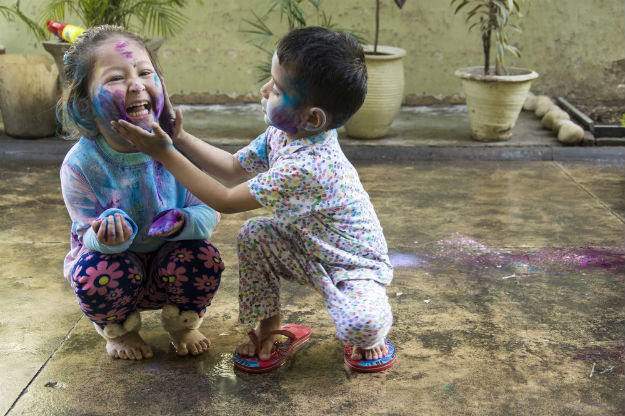 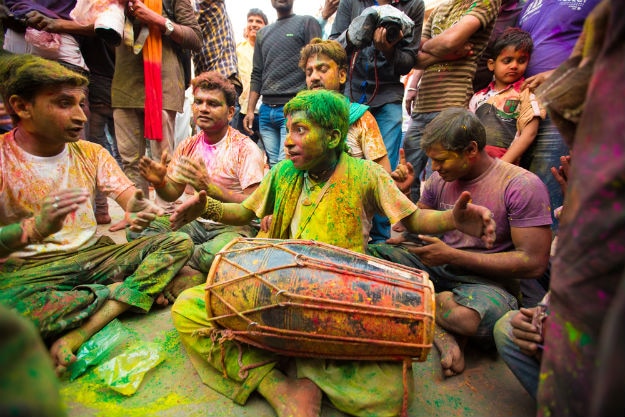 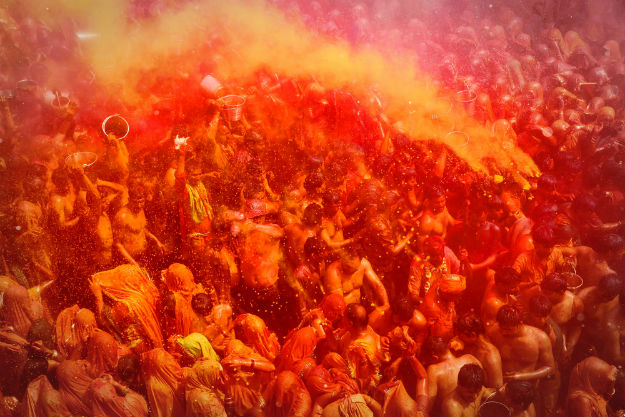 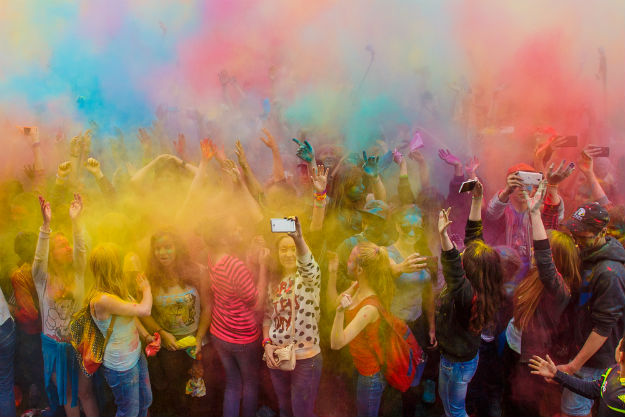 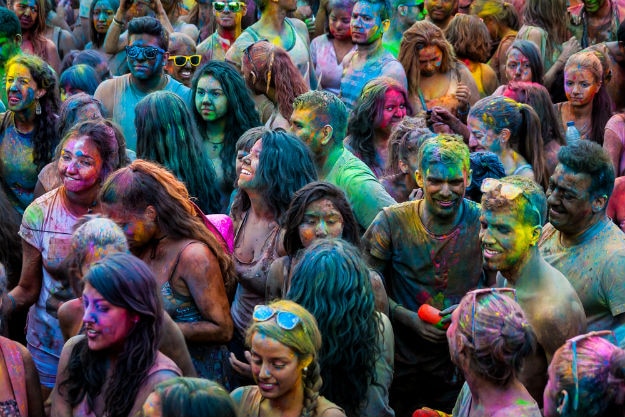 Another one of Holi celebrations in Nandgaon 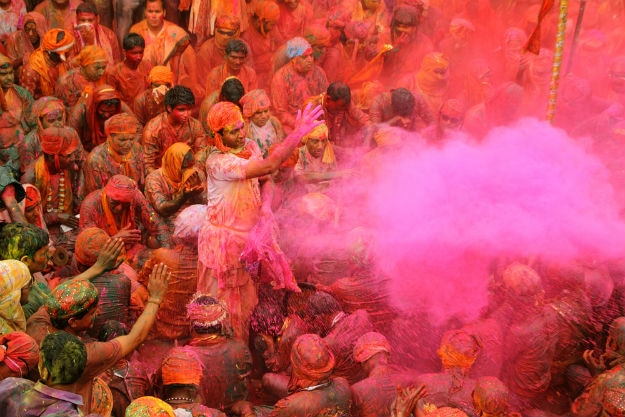 Elephants of Jaipur are decorated during Holi with great zest! 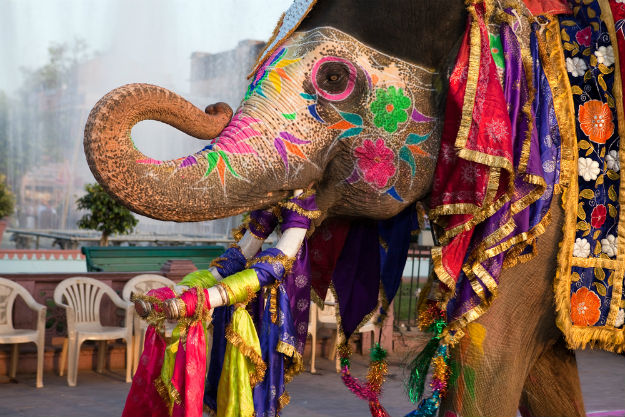