Holi celebration in Jaipur: How Holi 2016 will be celebrated in Jaipur

Visit Jaipur in Rajasthan to play Holi with elephants! 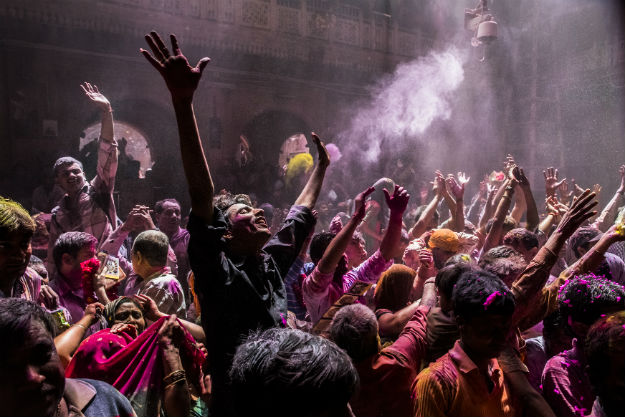 Holi, India’s favorite spring festival, is around the corner and almost every state in the country has its own way of marking the beginning of the new harvest season. The festival is celebrated for two main reasons, to welcome the spring season and to celebrate the victory of good over the bad. Holi is celebrated in India over two days. The first day of the festival is celebrated as Holika Dahan. (DON’T MISS More stories on Festivals and Celebrations) On this day, a bonfire is lit, to signify the mythological tale of king Hiranyakashipu who was blessed to never be killed. He wanted to be worshiped by every single person in his kingdom, something his son Prahlad refused to do. As this enraged Hiranyakashipu, he planned to kill Prahlad, his son. The king’s sister Holika had a boon which enabled her to never be armed by fire. So she entered a bonfire, but as soon as she took Prahlad on her lap, he was chanting Vishnu’s name. This kept him safe, and Holika burnt away that night. Also Read - Rajasthan News: Shocking! Mentally Disabled Minor Gangraped, Strangulated to Death by Brother, 3 Friends

The following day of Holli is called Dhulandi or Rang Panchami in various parts of India. This day is celebrated with people smearing color over each other, singing songs and dancing through the day. However, in Jaipur, Holi is not only played among humans, but for the longest time, on the occasion of Holi, Jaipur hosted the Elephant Festival at the Amber Fort.

ALSO READ 7 most unique places to celebrate Holi in India

The festival saw elephants decorated from top to bottom in colorful cloth and various designs being drawn on them. A procession would be carried out around the city and it would end with an elephant pageant and  folk dance and music performances to hold on to the audience’s attention. 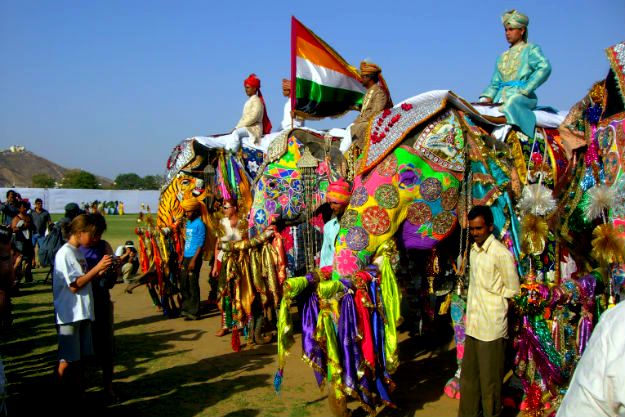 However, in 2012, the festival was categorized under Animal Performances, which angered the Animal Welfare Association and the festival has since not received a clearance, as it implied cruelty towards animals with the use of toxic color powders among many other pointers.

Yet, in order to keep the tradition alive, the Eleday Elephant Sanctuary located in Jaipur celebrates Holi with over 30 rescued elephants in the most eco-friendly manner. If you’re traveling to Jaipur for celebrating Holi, you must visit the sanctuary and play Holi with the elephants. There are two ways of doing this, one you can opt of only feeding the elephants along with some delicious Indian food, rain-dance and colors to play with. The other package offers all of the above along with the of riding the elephant, painting the elephants with organic colors and feeding them too.

Apart from this, Jaipur knows how to throw a fantastic Holi party for not only locals but for travelers who visit the city, especially for being a part of celebrations and festivities.

Have anything to add to the story, tell us in the comments below!