This is how Lord Krishna's home town, Vrindavan celebrates Holi 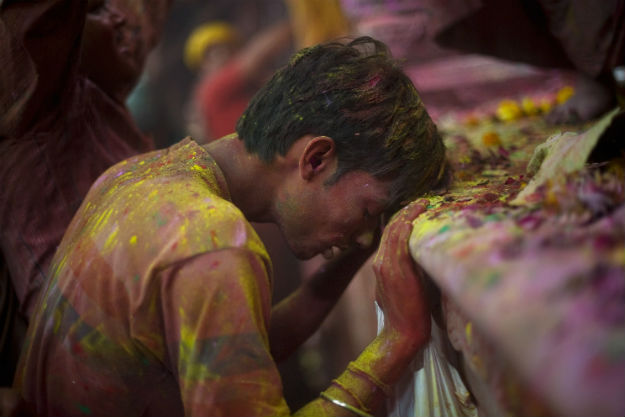 Holi is celebrated on a  grand scale across India for various reasons. As one of the most awaited festivals in the country, Holi is celebrated for various reasons such as welcoming the spring. Not only does the festival mark the end of winters and the previous harvest season, but it also marks the beginning of the new farming season. Holi is also celebrated to symbolize the victory of the good over the evil. Legend has it that King Hiranyakashipu planned to kill his own son with the help of his evil sister Holika. (DON’T MISS More stories on Festivals and Events) This was because Hiranyakashipu who had sought immortality insisted that the people of his land worshipped him as a god. His son, Prahlad, a devotee of Vishnu, refused to give up his god and continued to pray to Vishnu. Enraged, Hiranyakashipu  ordered his sister Holika (who was immune to the flames) to enter a bonfire with Prahlad on her lap. Prahlad’s faith kept him safe but Holika who forgot that her boon would work only if she was alone, burnt to ashes. Also Read - 5 Places in India to Celebrate Holi, The Festival of Colours 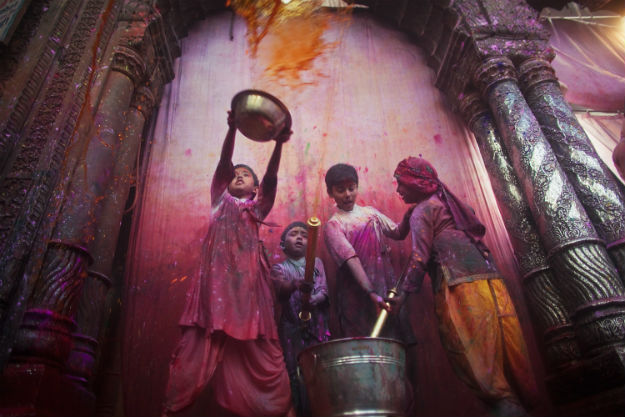 ALSO READ Holi 2016: All you need to know about Holi celebration in Mathura

The third reason for celebrating Holi in various parts of India is due to Krishna. When Krishna was a child, a demon poisoned him, making his skin color turn blue. So, Krishna never approached Radha who he wanted to be friends with. On learning this, Krishna’s mother urged him to color Radha’s face with whatever color he’d like to. The day when Krishna finally colored Radha’s face with color is also celebrated as Holi, especially in places like Vrindavan and Mathura.

ALSO READ Rang panchami 2016:L Why do we celebrate Holi with colors

Vrindavan is home to the Banke-Bihari Temple which hosts one of the most enthusiastic Holi parties in all of India. Pedople celebrate the festival for close to an entire week. At the Banke Bihari Temple, the idol of Krishna is dressed in an all-white ensemble and is made accessible to devotees so that all the worshipers of Krishna can play Holi with him. 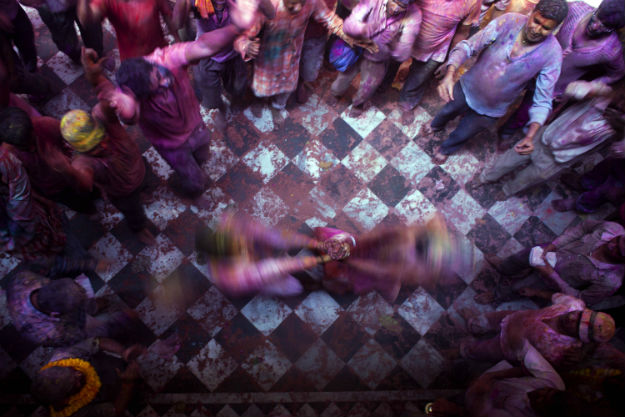 ALSO READ 7 most unique places to celebrate Holi in India

In Vrindavan,  Holi is played with various colors and water along with flowers and quite a few organic products too. The festivities start with the priest of the temple smearing colors on the idol of Krishna followed by blessing all the people present at the temple. Soon people start consuming bhang, the marijuana concoction prepared with milk, share sweets with each other and sway in  trance to the tunes of folklore.