Honeymoon packages in India: Top 5 places to visit in Rajasthan

Jaipur, Bikaner, Jaisalmer, Jodhpur and Udaipur: Your ultimate guide to the perfect honeymoon! 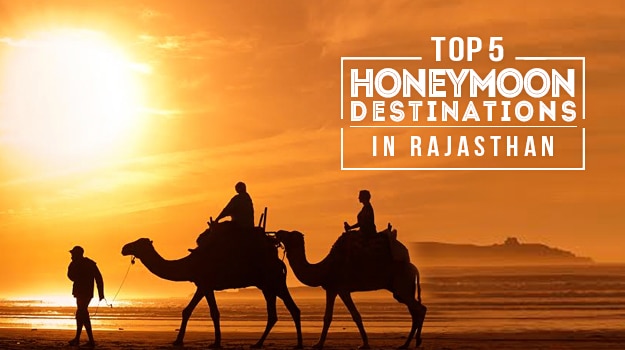 Theres nothing quite like visiting Rajasthan. This is the state where royalty meets hospitality and where the line between history and legend blurs. Welcome to Rajasthan, that magical place where chivalry and romance is as much a part of everyday life as it is part of its fables. And since Rajasthan is one of the best honeymoon destinations in India, as part of our special series on honeymoon packages in India we bring you the top five places to visit in Rajasthan. Also Read - Rajasthan Political Crisis: Suspended Congress MLA Files Plea in High Court Seeking NIA Probe 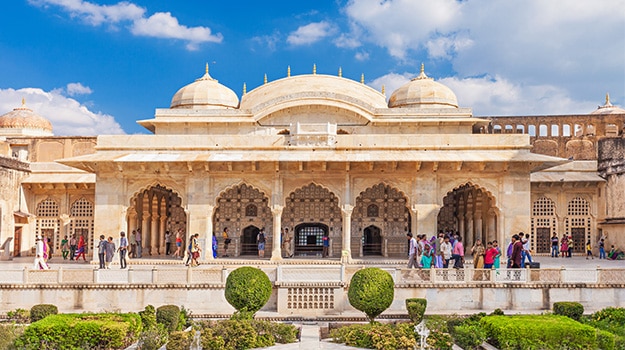 1. Wander in the by lanes

Start your sojourn from Jaipur, the capital of Rajasthan. Popularly (and somewhat incorrectly) known as the Pink City, Jaipur was founded by Jai Singh II in 1727. It received a fresh coat of gerua color, a shade resembling ochre (and readily available in the topography of the area), in honor of Prince Albert whod come calling in 1853. Thanks to their limited vocabulary, the British came to call it pink and the name stuck.

Wander around the narrow bylanes of the city, explore its many palaces, havelis, museums and of course the Jantar Mantar. Sample the spicy but exquisite Rajasthani cuisine and make sure you keep a few hours aside for a visit to The Gem Palace, Indias oldest jewelry store that is run by the ninth generation of the Kasliwal family. The Gem Palace counts everyone from Dame Judi Dench to (Late) Princess Diana as its client and has some of the most beautiful pieces of jewelry for sale. If youre nice to them, Kasliwals also apparently dont mind you just peeking around the store and getting pictures of yourself wearing select pieces of expensive jewelry. Keep another day aside for the Amber Fort, located some 11 km away from the city center. Return to Jaipur that evening and shop away in the citys various bazaars — from Tripolia to Chandpole and beyond. 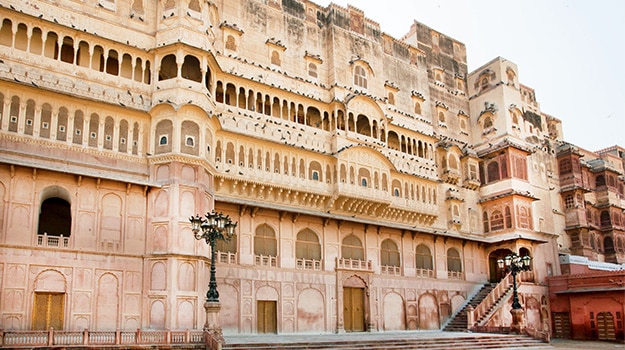 1. Explore the palaces of Bikaner

2. Avoid killing a rat at the Karni Mata Temple.

Move on from Jaipur to Bikaner, the city known for its world-class camels. Explore the citys famous forts and palaces — Junahgarh, Lalgarh and Gajner — and wind down with a glass of wine as the sun sets over this majestic city. If you have the stomach for it, do visit the Karni Mata temple, known for its rat population. Dont kill one because theyll make you replace it in solid gold. 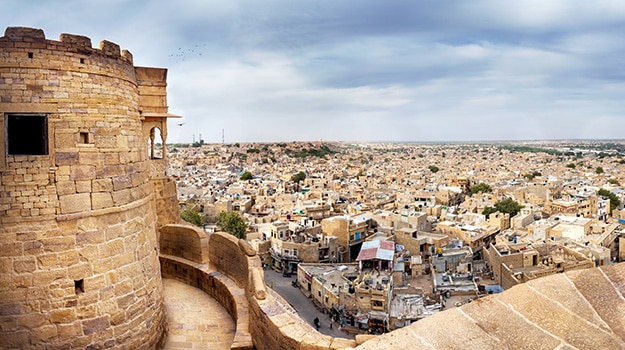 1. Stay in a desert camp or spend a night in Rajasthans only living fort.

In many ways, Jaisalmer is your last great Rajasthani city before the desert begins. Standing on the edge of Thar, Jaisalmer is every bit the city youve heard about. Stories of valor, chivalry and intrigue abound this yet another majestic city of Rajasthan. Be it the tale of how the village of Kuldhara was abandoned overnight or that other story of how the king knocked down a minaret of his prime ministers house because it was taller than his fort — turn a corner and a legend appears. Wander around the city streets or better still get lost, hand-in-hand, in Rajasthans only living fort. If you dont want to spend a night in the desert camps of Sam sand dunes, consider an accommodation within its premises; after all how often can you say youve woken up inside a fort? Not a bad start to a honeymoon, wed say! 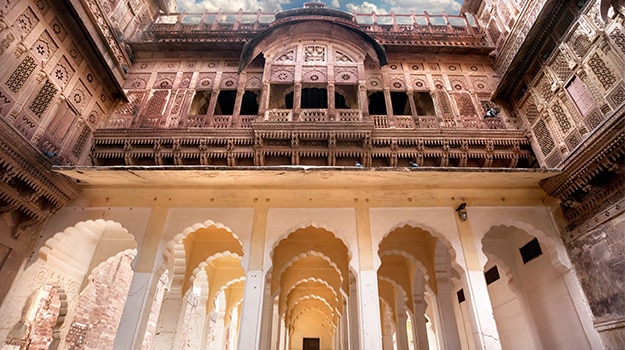 2. Enjoy a romantic dinner at the Mehran Terrace.

Oh what can we say about Jodhpur that hasnt already been said? If Mehrangarh doesnt impress you, chances are nothing else will. Keep a full day aside (or better still two) for this impressive monument that literally towers over the city. The audio guide will take you through the forts illustrious history and includes a commentary by Maharaja Gaj Singh, the current king, who narrates his own experience of being crowned and realizing the responsibilities it brought with it close to two decades after his coronation. Call it a day at the Mehran Terrace, without a doubt the most romantic place for a candlelight dinner. 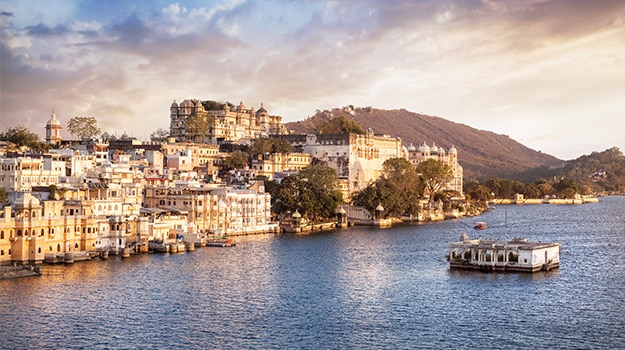 2. Catch a sunset at Sajjan Garh.

3. Stay in one of the many hotels that overlook the lake.

Theres probably no better city than Udaipur to wind up your romantic holiday. When you are done exploring the city, consider a sunset cruise along the Lake Pichola. Sajjan Garh is yet another place from where you can watch as the sun sets on the historic city. While Udaipur has several accommodation options, do consider one of the many havelis that overlook Lake Pichola. Jagat Niwas Palace is one such lovingly restored property that comes to life in the nights. Or if you can afford to burn a hole in your pocket (after all how often does one go on a honeymoon eh?) consider spending a night at Taj Groups very enviable Lake Palace property.