Irina Shayk and Bradley Cooper are one of the hottest couples on the block. They were with a crew vacationing in Tahiti and designer Diane Von Furstenberg posted some hot photos of the trip. 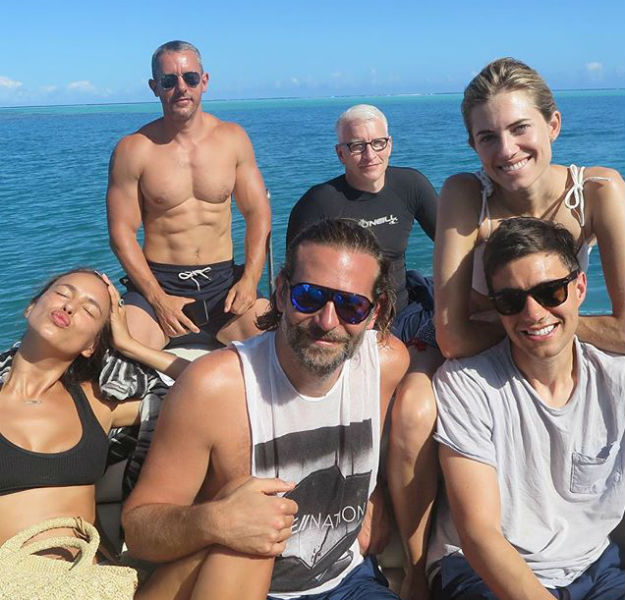 Irina Shayk and Bradley Cooper in Tahiti: the realdvf Instagram

Bradley Cooper and Irina Shayk are two names that need no introduction. One is an extremely successful Hollywood star while the other is a model who rules a million hearts. They are also perhaps one of the hottest couples on the planet right now. Last week, the duo were in Tahiti with some big names like Anderson Cooper, Andy Cohen, Allison Williams, and Diane von Furstenberg. As one would expect with people visiting Tahiti, the crew had a ball on their vacation. (CHECK OUT Hot bikini photos of supermodel Irina Shayk that will spark your wanderlust) Tahiti is the largest island in the French Polynesia and is known for its mesmerizing waterfalls, lovely black sand beaches and stunning lagoons. The crew swam, drank and played games like most groups of friends do while on vacation. Also Read - Lady Gaga Wells up as She Bags Her First Oscar Award For Shallow From A Star Is Born

Looks like there was a lot of drinking and playing

Who wouldn’t love these shades of blues?

Most beautiful shades of blues..

And that’s one posted by the lovely Irina Shayk!

Well, what can we say? Any news about Bradley and Irina gets us excited and when it is about a vacation, we are bound to take notice. We hope the duo takes many exotic vacations and keeps us posted with their travel photos.