Nupur Saraswat had booked her hotel room in Hyderabad through Goibibo, only to face an unpleasant surprise with a hefty dose of discrimination upon arrival. Thankfully, Goibibo responded and took swift action, but the ordeal highlights the problems faced by solo female travelers here. 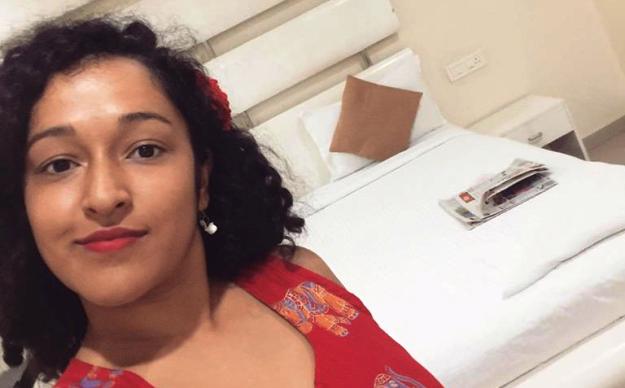 “Single ladies not allowed” sounds like something you would have read back in colonial era, but apparently it is something that still happens today. Nupur Saraswat, a spoken word artist visiting from Singapore for a performance in Hyderabad, found herself facing this incredibly bizarre rule when she reached her hotel, Deccan Erragadda. She had booked her ticket through Goibibo, and everything was going as planned until she was stopped from checking into her own hotel room by the hotel staff. The employees pointed out that their hotel weirdly does not allow single ladies to stay at its premises. Out on the streets, Saraswat quickly told everyone about her ordeal via Facebook, and her post went viral. ALSO READ: Essential tips for women travelling alone Also Read - Vista Rooms Expands to Northeast India

Saraswat, in her post, said that this was her first brush of discrimination, reaching out towards Goibibo. The booking site responded by quickly re-booking her and compensating her for the duration of her stay. It also wrote about the incident on its own blog, saying that it had de-listed the hotel pending an investigation and that it takes such issues very seriously. The company informed Saraswat that it was beginning an investigation into other such hotels. Also Read - Oyo Facing Backlash From Hotel Operators For Allegedly Doing Fraud

There are hotels all across India that have similar idiosyncrasies, refusing to accommodate unmarried couples and locals. As for why this particular hotel does not allow single women? A public statement later issued by the hotel manager uses the common reasoning that the “area is not nice for single women”. Also Read - Hoteliers in These States Are Intent on Banning These Online Portals Over Commission And Indiscriminate Discounts

Goibibo, meanwhile, has said that it has faced this problem for the first time. Saraswat later said that her intention was to raise awareness about the fact that solo female travelers is a rising demographic in India, and that adding this as a filter on booking sites could help avoid such issues. It was in the late morning when Saraswat reached her hotel, but she pointed out that things can be much worse if a traveler reaches her destination late at night.

Discrimination against women and other kinds of travelers is certainly not a new thing, especially in India. Hell, there are a handful of places in the country that does not even welcome Indians! Outside the country, there are plenty of restrictions in places largely against women travelers. It will be a long and tough journey until these strange, unnecessary and sometimes dangerous restrictions go away, but efforts by solo travelers like Saraswat to highlight the issue will go a long way in bringing such barriers down. In the meantime, we urge travelers of all kinds to check hotel policies on both the booking site and their own website before finalizing your decision. NOW READ: The Bikernis  a cool gang of Indian biker women cutting through the wind