Flight attendants gave these valuable tips on how you can do it on an airplane without going to prison after. 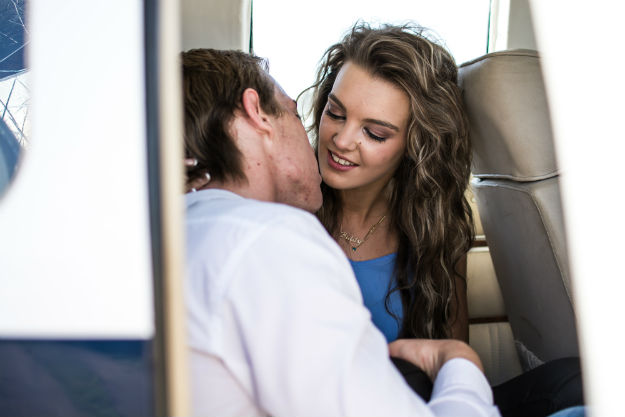 Admit it. You have thought about it. Sex on a beach, in an elevator, in an amusement park are all exciting ideas. But nothing beats sex on an airplane. While your naughty mind may have toyed with this idea several times, your brain would have told you that you should perhaps stay off it to avoid getting arrested. If only there were someone who could give you the mantra for doing it on a plane and not get caught. Well, look no further. Fortunately for you, some flight attendants have spilled the beans on what the various ways are in which you can do the act without getting handcuffed or embarrassed before a plane full of passengers. (ALSO SEE REVEALED! Indias kinkiest, naughtiest and sexiest destinations!) Here are a few ways in which you can have sex on an airplane and have one hell of an answer for “where’s the kinkiest place you have done it”! Also Read - Coronavirus: India In The Endgame of COVID-19 Pandemic, Says Harsh Vardhan

On a domestic red-eye flight: Also Read - Abhinav Shukla Says 'Rahul Vaidya Did Not Deserve To Be in Top 2, I Would Have Seen Myself Instead of Him'

This one is the easiest. According to flight attendants, nobody cares too much about what’s going on in a domestic red-eye flight. So, all you need to do is – buy your ticket, select the aisle and window seats so you have the whole row to yourselves, and once the lights in the front of the plane go off, you can just snuggle under the blanket and get started. These seats are so cramped that one would think you are just sleeping. Do make sure you are quiet though.

On a standard domestic flight:

You may have to put on an act for this one. Start a heated argument with your partner about something. Then, one of you can get really pissed off and teary-eyed and head to the lavatory. After a bit, the other one can go to the lavatory to apologize. You knock on the door, get in, and pretend to continue the heated argument while doing it. Best way to have some fake hate sex while the other passengers think you are still fighting.

CHECK OUT 5 best places to have sex in India

On an international red-eye:

Take an overnight flight. Request for a seat in coach near the mid-cabin restrooms. The cabin crew will take a break after the first meal service. This is when the lights in the front of the plane will go off. Three to four hours into the flight, most passengers would have fallen asleep. Since it’s an overnight flight, nobody will care too much anyway. Just sneak into the restroom and go for it.