How to Reach Bhagwan Mahavir Wildlife Sanctuary and Mollem National Park by Road, Rail and Flight

The Bhagwan Mahavir Wildlife Sanctuary is more commonly called Mollem National Park or Sanctuary, and it is the largest wildlife preserve in Goa, spread across 240 square kilometers on the south-eastern border of the state. 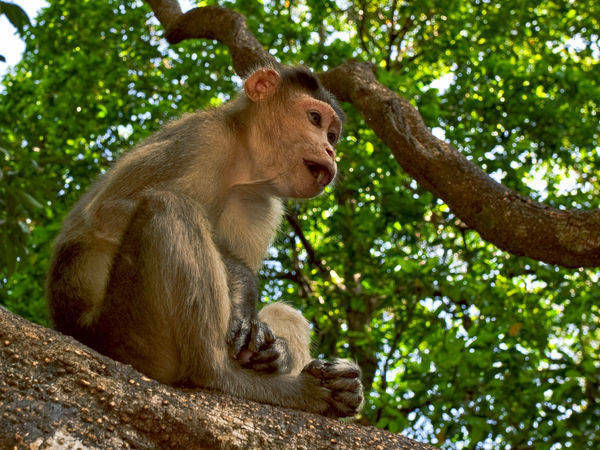 A monkey at Mollem National Park in Goa

In the southeast corner of Goa, the state of sun and sand, bordering Karnataka, is the Bhagwan Mahavir Wildlife Sanctuary. Also called the Mollem National Park or Mollem Sanctuary, as it was named earlier, it is the largest wildlife preserve in Goa. Naturally, it is teeming with plant and animal life, with hundreds of species of flowers, plants, animals and birds calling it home. With several hiking trails that cut through the jungle, immense biodiversity and spectacular views, a visit to the Bhagwan Mahavir Wildlife Sanctuary will leave you speechless. The reserve is also home to breathtaking natural features like the Devil’s Canyon, Tambdi Falls and Dudhsagar Falls, along with the Tambdi Surla Temple. ALSO READ: Why you must visit the magnificent Dudhsagar waterfalls in Goa this monsoons Also Read - Question in Goa Board's Class 10 English Exam Stokes Fresh Controversy

Formed in 1969 to protect the flora and fauna of the Western Ghats, the place was first called the Mollem Game Sanctuary before being given its current name. The core area of the reserve, around 107 square kilometers of pristine, dense jungle, was later declared as the Mollem National Park in 1978. It has over 700 species of flowering plants and 128 endemic plant species, along with animals like the barking and spotted deer, mouse deer, leopard, tiger, toddy cat and the panther. Also Read - Indian Railways News: Special Train From Delhi Won't Halt in This State From Today - Details Here

How to Reach Mollem National Park by Road

The national park and sanctuary is well-connected by road to other parts of Goa, and you will find plenty of private and government-operated buses and vehicles going to the park at frequent intervals. Panaji is around 70 km from the park, and you can book a private car directly from here. Kulem or Collem is the town nearest to the place, around 6 km away. Also Read - Coronavirus in Goa: As State Goes From 0 to 8 Cases, CM Sawant Urges Railways Not to Halt Train Here

How to Reach Mollem National Park by Train

How to Reach Mollem National Park by Flight

The nearest airport from the park is the Goa International Airport in Dabolim, which is around 65-70 km away. Road connectivity from here is excellent as well, and you shouldn’t have much trouble getting a bus or a private car to the park. CHECK OUT: 10 fun things to do in Goa that you might have missed earlier!

Popular throughout the year, the sanctuary is most frequently visited from October to March, when the monsoon rains have turned the forest lush green. The monsoons are also a good time to visit the park, especially with the Dudhsagar Falls at its peak.