Here's a quick guide for Puneites looking to head down south to Coorg for a cool getaway in the midst of the Nilgiris. 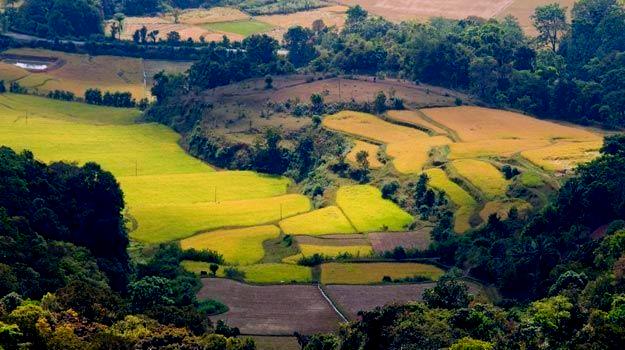 Coorg or Madikeri lies around 1,500 meters above sea level, in the Nilgiri hills that rise above the plains of southern Karnataka. The region’s lush greenery and hilly landscape has earned it the title of Scotland of India, but the beauty of Coorg cannot be captured in a mere title. This is one of the most famous hill stations in the state for a reason; it attracts people from around the country with its aromatic spice plantations and some of the best coffee in the world. If you fancy a trip from Pune to Coorg before the winter ends (which is very soon), here is how you get to your destination. ALSO READ: Sula Fest 2018: 7 Airbnb Homes in Nashik to Make Your Vino Getaway Glorious Also Read - Trolls Strike Again! Pune Woman Receives 40,000 Abusive Messages After She Shares Pictures of Her Interfaith Wedding to Support Tanishq

How to reach Coorg from Pune by road

Coorg lies around 900 km from Pune, and the drive or ride to the Nilgiri hill station is an experience in itself. Bengaluru to Coorg is probably the smoothest part of the drive, notwithstanding the terrible traffic at the city. It takes around four and a half hours to go from Bangalore to Coorg. Pune to Bangalore is around 14 hours by road. Also Read - #VodafoneDown Trends on Twitter As Users in Maharashtra Complain of Lack of Connectivity, Vent With Memes

How to reach Coorg from Pune by train

Train is the preferred route for most travelers heading from Coorg to Pune. Unfortunately, Coorg has no railway station of its own. The closest one is Mysore, located around 99 km from Coorg. There are 19 trains from Pune to Bangalore, two major cities, so finding one that suits your schedule shouldn’t be a problem. From Bangalore, you can catch another train to Mysore or just hit the road right from the city. There are also three trains directly connecting Pune and Mysore: Sharavati Express (train number 11035), Ajmer-Mysuru Express (16209) and Swarna Jayanti Superfast Express (12782). NOW READ: Photos of Petra, an Ancient City Half as Old as Time
Also Read - Domestic Flight News: Flight Operations at Pune Airport to Remain Shut During Night For a Year? Know Why

How to reach Coorg from Pune by air

Coorg also doesn’t have a dedicated airport. The nearest domestic airport is around 160 km away: Mangalore International Airport. Bengaluru is the nearest international airport, and you would probably find more flights connecting to this one. But it is around 265 km away from Coorg.