How to reach Hemis National Park

Hemis National Park is a high altitude park located in the eastern part of Ladakh district in Jammu and Kashmir in north India. It is known to be the largest  notified protected area in India (an 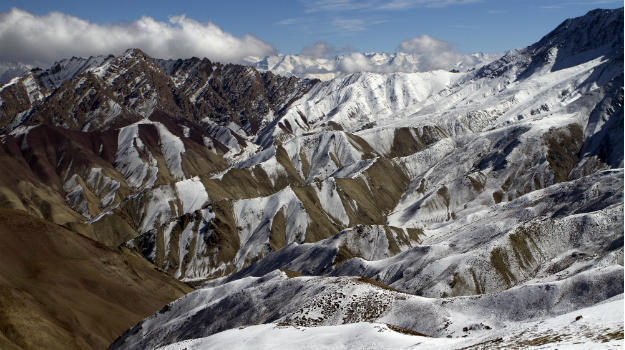 Also Read - Chinese PLA Soldier Captured Near LAC in Ladakh, to be Returned

Hemis National Park is a high altitude park located in the eastern part of Ladakh district in Jammu and Kashmir in north India. It is known to be the largest  notified protected area in India (and thus the largest national park of India), and is the second largest contiguous protected area after the Nanda Devi Biosphere Reserve and surrounding protected areas. The park is protected home for endangered mammals like leopards, Asiatic ibex, Tibetan wolf, the Eurasian brown bear and the red fox. The park boasts of 200 leopards and is the only habitat of Shapu or the Ladakhi Urial in India. It is also home to small mammals like Himalayan marmot, mountain weasel and Himalayan mouse hare. If you are a wildlife enthusiast who is planning a visit to Hemis National Park, heres help with how you can reach it. Also Read - Amid Standoff In Ladakh, China Deploys Tanks Opposite Indian Posts at LAC

By Air Also Read - China Says no 'Link' Between Stranded Indian ship Crew And Its Strained Ties with India, Australia

The nearest airport from Hemis National Park is Leh Kushok Bakula Rimpochee Airport, located in Leh district. From the airport, one can avail a cab to reach Hemis.

The nearest railheads from here are Jammu Tawi Railway Station and Kalka. One can hire a cab for the next leg of the journey.

There are 2 popular routes to reach Hemis – from Srinagar via Kargil on the Srinagar-Leh highway and from Manali via Sarchu and Dharchu on the Manali-Leh highway. Through both these routes, one has to pass high passes and the routes are tricky. Regular bus and taxi services are available to Leh. One can hire a taxi for the further journey to Hemis.