Jim Corbett National Park, the oldest national park in India was established in 1936 as Hailey National Park, to protect the endangered Bengal Tiger. Located in the Nainital district of Uttarakhan 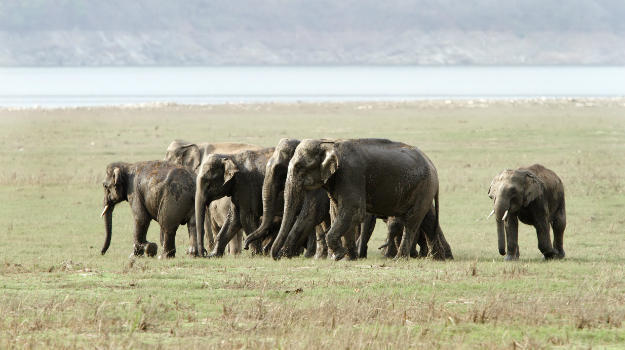 Also Read - Uttarakhand Geared Up to Play Host to First-ever Snow Leopard Tours, All You Need to Know

Jim Corbett National Park, the oldest national park in India was established in 1936 as Hailey National Park, to protect the endangered Bengal Tiger. Located in the Nainital district of Uttarakhand, this park was the first to come under the Project Tiger initiative. Wildlife commonly found at Jim Corbett National Park includes wild elephants (200 to 300 live in the reserve), sloth bears, langurs, rhesus macaques, peacocks, schools of otters. The forest is also home to several types of deer including chital (spotted deer), sambars, hog deer and barking deer. One can also spot leopards, crocodiles, gharials, monitor lizards, wild boars and jackals. So, if you are a wildlife enthusiast planning a trip to Jim Corbett National Park, heres how you can reach it. Also Read - Head To Uttarakhand’s Mini Switzerland, Chopta, To Beat January Blues

By Air Also Read - Khirsu: A Hidden Gem of Uttarakhand, Know The Places in And Around The Hill Station to Visit

The nearest airport is Pantnagar Airport. One can hire a taxi from here to the national park. Few other nearby airports are Delhi, Dehradun, Lucknow and Chandigarh.

The national park has a good connectivity of roads linking many major cities of India. Both private and public buses are available for tourists to commute to Jim Corbett National Park. If one is driving from Delhi to the national park, they could reach in 5 hours via NH58.