How to Reach Khardung La Pass, The Highest Motorable Road in The World

It is considered one of the most dangerous roads that fall on an extremely scenic route. 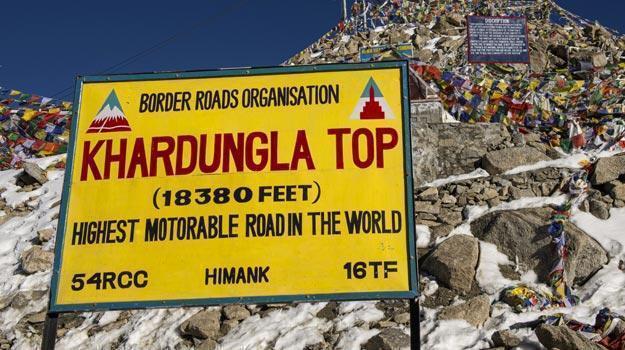 Also Read - Here Are 20 Photos of Ladakh That Will Have You Gearing up For a Trip!

Khardung La is one of the most popular tourist attractions in Ladakh and for good reason. It is the highest motorable road in the world, after all. Located at an altitude of 18,380 ft, Khardung La falls on an extremely scenic route in Ladakh. It serves as the gateway to Shyok and Nubra Valley. It is at a distance of around 40 km from the city of Leh. Peak season traffic regulations dictate that vehicles from Leh to Khardung La are only allowed between 9 am and 1 pm and vehicles from Khardung La to Nubra Valley are allowed to pass between 1 pm and 5 pm. Also Read - Ladakhi or Tibetan New Year: All About The Losar Festival in India

Tourists are required to carry the Inner Line Permit (ILP) to pass through Khardung La. The ILP can be obtained at the District Commissioner’s office in Leh. It is advisable to keep around 6 copies of the ILP with you as they will be required at the checkpoints en-route. If you are looking for all the details on how to reach Khardung La, read on.

How to reach Khardung La by road

You can reach Khardung La by road from Leh. It falls on the route to Nubra Valley at a distance of 39 km from Leh. The road from Leh to Khardung La is asphalted for about 24 km till the South Pullu check post but from there the road is made up of gravel and dirt track till the North Pullu check-point. It should take around 1 hour to reach Khardung La from Leh. Several taxis, tourist and private cars, buses and motorbikes play on this route between May to September. 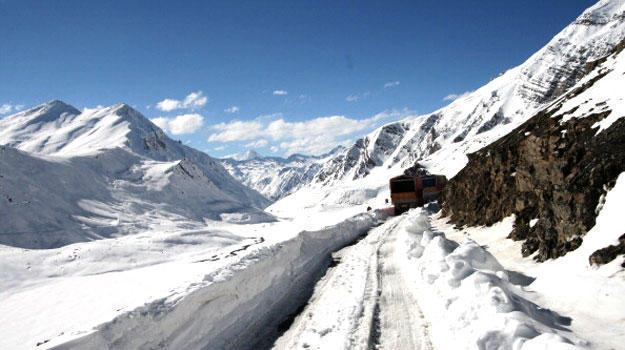 How to reach Khardung La by train

How to reach Khardung La by air

You can fly to the Leh Kushok Bakula Rimpochee Airport which is directly connected from Delhi, Srinagar and Jammu by the flights run by Air India, Go Air and Jet Airways. Schedules are subject to change according to the weather so it is advisable to keep your plans flexible. Once you reach Leh, you can get to Khardung La by road via the route mentioned above.