How two friends hitchhiked across India with only Rs 100 in their pockets!

Where there's a will, there's a way! Read the inspiring journey of this duo who traveled India with barely any money. 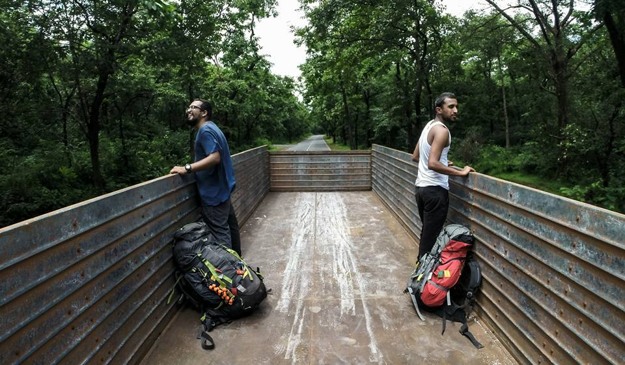 Love to travel but money constraints putting your plans on hold? This incredible journey of two Indian men will surely inspire you. Anuj Khurana and Ishant Kumar Singh Jadaun decided to do what we think is the impossible. They traveled across India with nothing but only hundred rupees in their pocket and came back with a bag full of memories and interesting travel stories. This is the story of how it all started, their journey on the road and how they managed to survive without money and food. Also Read - CSK's Suresh Raina Plays Indoor Cricket With Daughter Gracia During COVID-19 Lockdown | WATCH VIDEO

Some of the most spontaneous plans are the best ones and surely this idea was one of those. Anuj was in Nainital when over a cup of tea he came up with this plan of exploring India on the road without spending a dime. To his surprise, his friend Ishant backed him up and was keen to join him on this epic journey. Anuj soon quit his family business, started MOVE and hit the road to do what many of us only dream of doing. Also Read - Sunny Leone's Sexy Silver Monokini Look as She Strikes Sultry Pose in The Pool is Too Hot to Handle 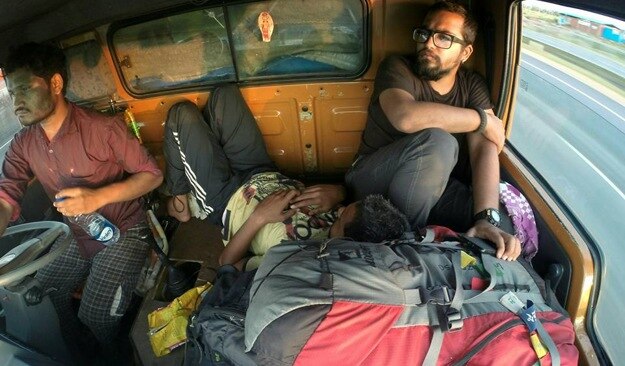 The duo left on their bikes from Gurgaon to Jaipur but soon their fuel ran out. They parked their bikes and started hitchhiking. After hopping into 18 vehicles including trucks, bikes, auto-rickshaw, good carrier and more and surviving on a medium-sized pizza, meals sponsored by  a truck driver and what they got from a bakery, they experienced something new every day. After waiting for 10 hours for a free ride, to sleeping on spare truck tyres, park benches, dividers, etc. they decided to do a 500-day hitchhiking trip across the country. And so, they began this journey from Mumbai, the city of dreams in July 2015.

ALSO SEE These three women drove from Delhi to London 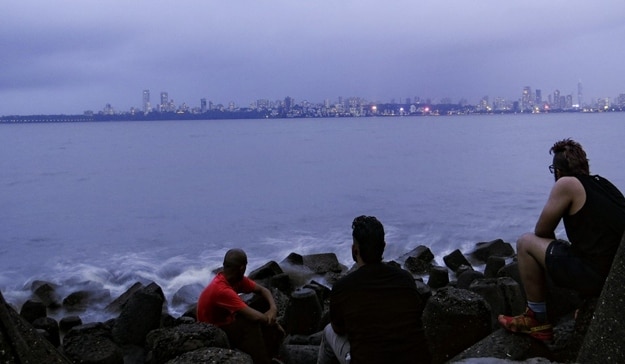 With a help of a friend, they stayed in a make-up studio for a few days, saw a saas-bahu serial being shot and ate ice cream from the ice cream factory they got access to on the premises. But they soon realized they could not always depend on friends for help. And so, they began interacting with random strangers, sharing their travel stories and in return getting a meal and making new friends on the way. They soon hitchhiked to Pune and thanks to a friend’s arrangement, went to Lavasa on bikes where they sipped chai overlooking this view! 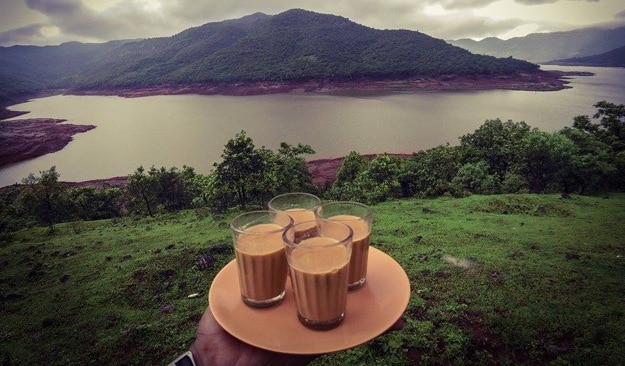 From Pune to Aurangabad, they hitchhiked again, sleeping next to a garbage dump, sitting in a tractor and a goods van and surviving on bananas. But one of their most memorable stops was in Goa where they camped on the beach, lived in an ashram, cooked their own meals, met other interesting travelers and saw a different side of Goa, its remote villages. 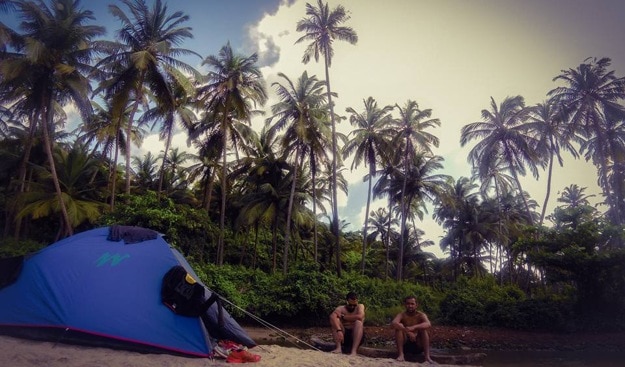 Their next, Bangalore, had even more surprises in store for them. After hitchhiking for days, they decided to share their story on social media and asked people if they wanted to meet up or offer them a meal or stay. And the response they received stunned them. From meals in pubs to staying at people’s homes and sharing their travel stories, they did it all. And soon, their story was published in the newspaper that further added to their fame. 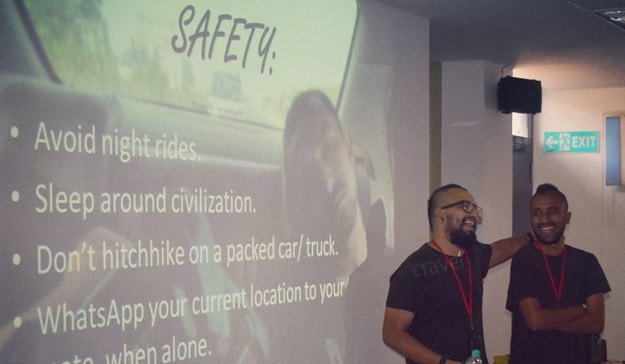 What’s more, they even got an invite to host a seminar in a school and share with students and teachers their learning so far. They gave tips, shared anecdotes and inspired many others to do what they dream of doing – travel, hit the road, MOVE! 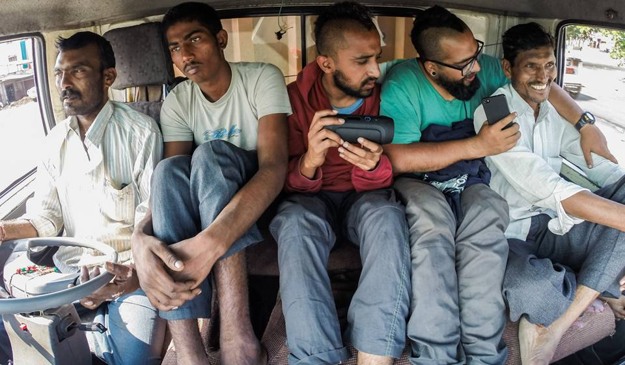 After their stay in Bangalore, the duo was back on the road, sharing rides with truck drivers, listening to their life stories, drinking cheap booze and humming Kumar Sanu songs that was practically played in almost all trucks. From Bangalore to Ahmedabad, they had a five-night journey to reach in time for the Garba Festival. Staying in a boys’ hostel, crashing at stranger’s home who let them sleep on their couch and getting a free meal in exchange for giving someone a haircut, they moved to their next stop, Udaipur.

Anuj who is from Aligarh hitchhiked with Ishant to celebrate Diwali with his family. They finally reached Nainital in November last year which is where the idea of MOVE struck Anuj. They call Nainital MOVE’s birthplace and put their trip on hold to do something even bigger and better. 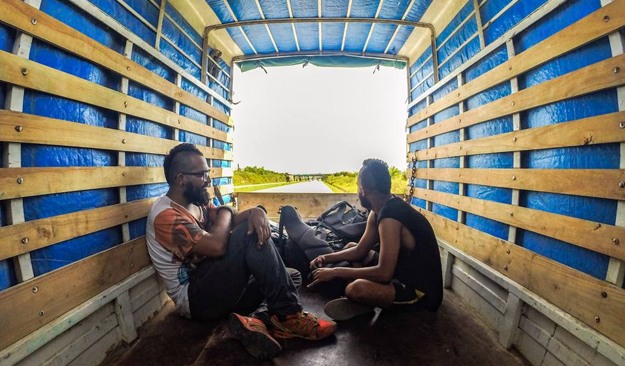 The duo roughed it out, met a whole lot of interesting people and inspired others to travel without worrying about money because where there is a will, there is a way and their journey is a living example. So pack your bags, head out and live the dream!