Hungry For Biryani? Here Are 14 Places in Bangalore That Will Make You Drool

Biryani is undoubtedly one of the highlights of Indian cuisine. One mention of the word and foodies get a craving that's difficult to resist. 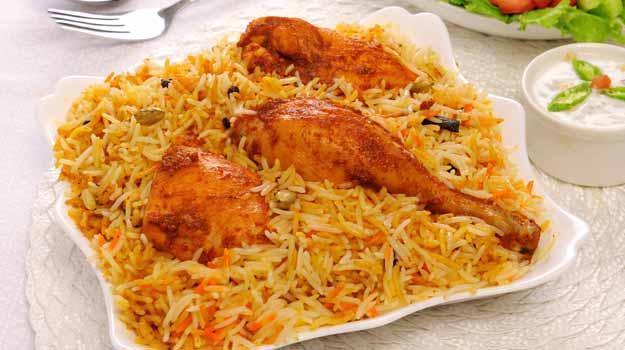 Biryani! One mention of the word and foodies get a craving that’s difficult to resist. Biryani is undoubtedly one of the highlights of Indian cuisine. Regardless of whether you are a vegetarian or a non-vegetarian, you will be amazed at how something as simple as a mixed rice dish can prove to be so delicious. If you are up for it, Bangalore is a great place with several options to try out different flavours of biryanis. We give you 14 such places in Bangalore to indulge in this royal Indian delicacy Also Read - Bangalore Lockdown: Will There be a Complete Shutdown Across Karnataka After July 22? CM BSY Finally Breaks His Silence

1. Richies Rahhams makes awesome Muslim mutton biryanis. Their main restaurant is in Frazer Town and over the years, since 1998, it has become popular with the masses. So much so, that they now have 6 outlets in the city. Try the mutton and chicken biryani which is reasonably priced at Rs.210 and Rs.200 respectively.

2. Lazeez restaurant was first started in Koramangla, near Jyoti Nivas College, and has been around for more than a decade. Today, there are more restaurants that have opened in other areas of the city. Their biryanis have a strong aroma of saffron and come with chunks of potato which adds a great flavor to the dish. Try the normal biryani or the Mughali biryanis. They also have vegetable and egg biryani. Prices range between Rs.120 for the egg biryani and Rs.230 for the Mutton Mughlai Biryani. 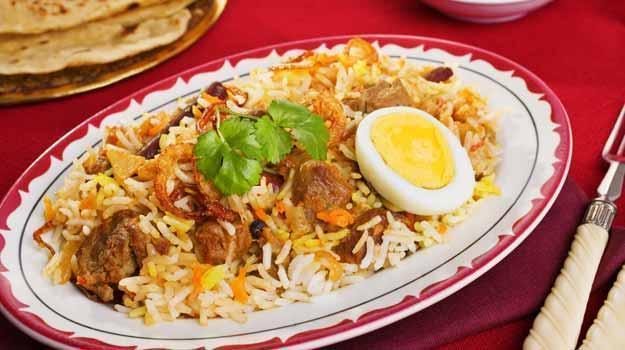 3. Nagarjuna restaurant opened its doors to hungry customers at Residency Road in 1984. They serve Andhra food and their specialty is the Andhra style biryani. Today, they have 5 restaurants in the city. The biryanis are anywhere between Rs.170 for a vegetable biryani to Rs.310 for a large serving of mutton biryani.

4. Ammi’s Biryani is available not only in Bangalore but in other cities such as Mumbai, Pune & Chennai. Started in 2008, they had an outlet in Kormangla and today, there are more than 40 outlets in the city alone! They have 14 types of biryani, which include vegetarian and non-vegetarian varieties. They are priced nominally, from Rs. 89 for an executive veg biryani and goes upto Rs. 215 for a Gosht Shaadi Biryani (iss shaadi ke chakkar mein zaroor phasna chahiye!) and Gosht Hyderabadi Biryani. 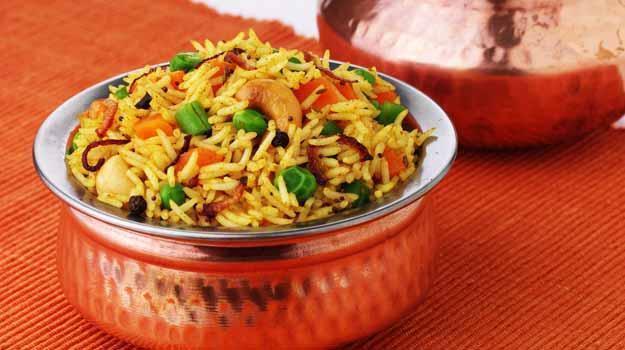 5. The Taj Hotel (nope, Im not referring to the hotels run by the Tatas). This is a really popular joint that has been around for more than 2 decades. Prices are extremely reasonable and yet the flavour and quality are not compromised. An egg biryani costs Rs.80 and the special chicken biryani costs Rs. 130.

6. Ambur Star Biryani was first started in Ambur. This brand has become so famous. They have branches in Chennai and Bangalore. There are 7 types of biryani available; prices are from Rs.110 to Rs.180. They have a Chicken 65 Biryani. 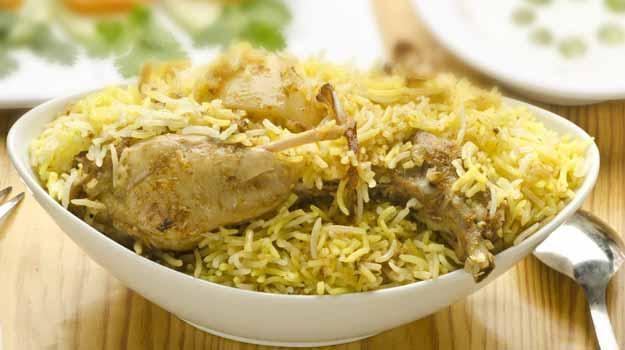 7. Meghana Foods has 10-11 types of biryani. They even have fish and prawn biryani. Prices are within Rs.200.

8. Chichaba’s Taj has been going strong since 1935. They also own the Taj Hotel in Shivajinagar. Many say that their quality has gone down, but you will find loads of loyalists who still enjoy their biryani. They have a special dum biryani which is priced at roughly Rs.150-160. 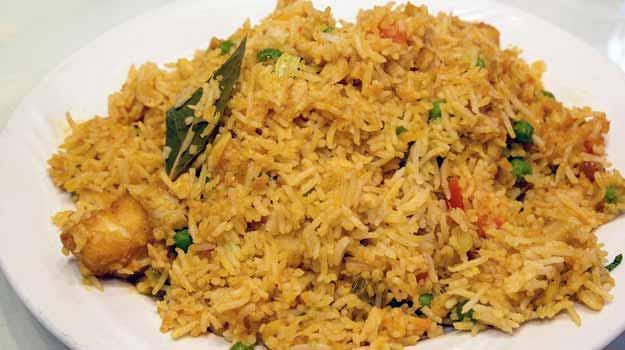 9. Hyderabad Biryani House on Victoria Road is another favourite amongst biryani fans. It has six outlets across the city. They have special biryanis, and some of them come in a family pack. There is always a long line for their biryanis. It has been around for a decade or so. Prices are reasonable and vary from Rs.140 to Rs.220.

10. Savoury Restaurant located in Frazer Town has been around for a decade. They serve mostly Arabian food, and their menu is extensive. Though they serve Indian biryanis and Arabian flavours, it has a touch of Arabian flavour, and is less spicy as compared to our typical Indian biryanis. Many Bangaloreans come here as do many Arabs to relish their cuisine. Prices range from Rs.100 to Rs.1,000. 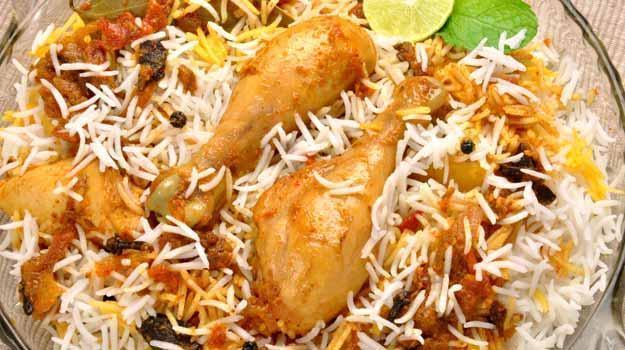 11. Mani’s Dum Biryani has 4 outlets in Bangalore. The great news for vegetarians is that they cook the vegetarian biryanis separately. They even deliver to places situated near their outlets. The specialty here is that they end up cooking the biryanis in small portions so that the flavours are not compromised. The biryanis are made in the Ambur style. The other good thing is that the biryanis can be ordered in various quantities ranging from half portions to family size portions. Prices vary as per the portion ordered. Prices are from Rs.120 to Rs.500.

12. Gundappa Donne Biryani has two outlets in Bangalore. The term Donne means large sized bowls, cups or plates made of areca nut palm. The biryanis are served in this. Cooking a Donne biryani varies slightly from the usual ways of cooking it. They only have two types of biryani; one being the chicken biryani, and the other being the mutton. Prices are cheap costing you Rs.90 and Rs.110 respectively. 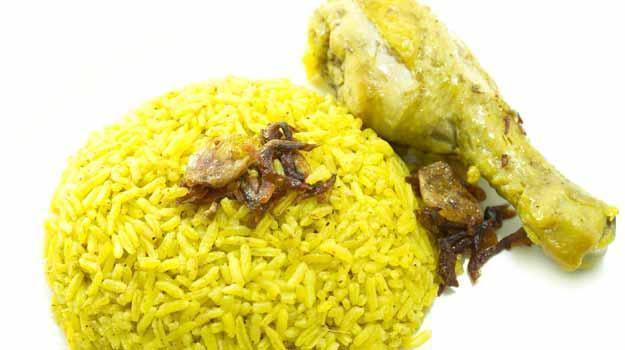 13. Biryani Paradise located on Richmond Road is a hit with students studying in nearby schools and colleges. It has a limited menu consisting of barely 12 items or so, but what they lack in variety, they make up for in taste. Included in the menu are chicken and mutton biryani. Its cheaply priced at Rs. 95 and Rs.125 respectively.

14. The Grand Taj is located in Shivajinagar. Its famous for its Biryani. The Grand Taj has been around for roughly 20 years. Prices are from Rs.100 to Rs.150.