If You Call Yourself a Mountain Person, You Must Read This Health Advisory

Be careful with your heart if you are a mountain person, a new research has advised. 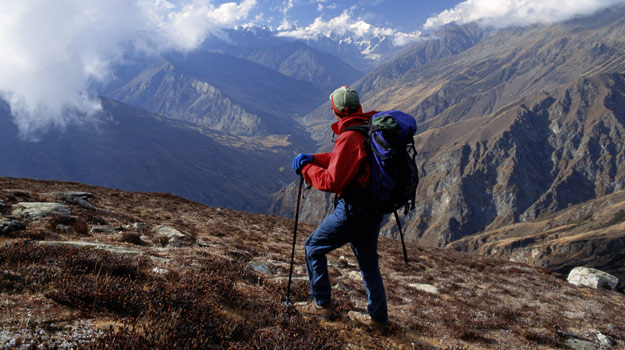 A team of researchers from The Physiological Society decided to explore the reasons behind why heart function is found to be reduced at high altitudes. They unearthed some facts which can be important for people who live, travel and exercise at high altitudes.Also Read - Bhutanese embrace top Indian authors, packed houses at Mountain Echoes Day 2 (Roundup)

For over a century, we have known that high altitude reduces the amount of blood the heart pumps around the body with each beat. Over the years, several theories have been proposed to explain the reduction in the amount of blood the heart can pump; this was even of interest to the scientists involved in the first summit of Mt Everest in the 1950’s. ALSO SEE 5 simple tips you should follow when trekking in the monsoon! Also Read - Willem Dafoe lends voice to documentary 'Mountain'

It was now shown that this is because, at high altitudes (over 3000 m), the lower amount of oxygen in the air leads to (1) a decrease in the volume of blood circulating around the body, and (2) an increase in blood pressure in the lungs. Also Read - 5 breathtaking hill stations in Himachal Pradesh perfect for summer holidays 2016

The researchers in the current study found that both of these factors play a role in the reduction in the volume of blood the heart can pump with each beat, but importantly neither of these factors affects our ability to perform maximal exercise.

This research was important because it improves our understanding of how the human body adapts to high altitude areas. This will help people make exploration and tourism of Earth’s mountainous regions safer, and may also help facilitate exercise performance in a wide range of sporting events that take place at high altitude.

The research involved collecting data on how the heart and pulmonary blood vessels adapt to life with less oxygen. The research was conducted during two weeks at a remote research facility called The Barcroft Laboratory on White Mountain, California.

It was important to note that the sample size of this study was small and the effects of these mechanisms were only compared in individuals of European descent. Furthermore, echocardiography was used to assess cardiac and pulmonary vascular function which is non-invasive and indirect.

The study is published in The Journal of Physiology.